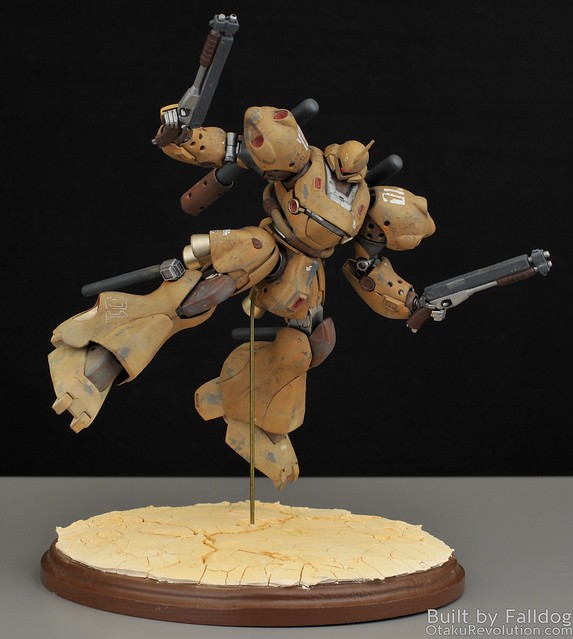 Of the two Master Grade Kampfers in my collection, one goes back at least 15 years and was one of my first Gunpla kits. For 5 years of that life it’s been sitting in a box with its partner, partially disassembled and awaiting one of several different paint jobs I’ve been thinking of over the years. Having not painted a kit in a while I figured it best to dust the kit off and kill two birds with one stone, the second taking an opportunity to test out Vonschlippe's hairspray chipping tutorial for the first time.

For the most part, I think the kit turned out well. There were a few issues here and there, especially with the direction I was trying to go initially with some plaplate additions. At first I added a few here and there like most plaplate project but that didn’t go well. I’m not nearly artistic enough for that venture and way to OCD to accept all the imperfections in my work. I eventually decided to putty around them and try and change the look of the kit, give it subtle bulbous parts etc. That didn’t work out well either because most ended up being too subtle and the rest ugly as fuck. I eventually decided to add putty as a texturing agent and just weather the kit. I, like most, over did the weathering, but it was fun as always.

There weren’t many other modifications to the kit. I drilled the holes because I always wanted to do that. Took care of the seams on the shoulders and hips (though some of the seams on the hips split later during assembly) and lowered the head a bit. The propellent tanks are from Kotobukiya and the shrouds on the big ones custom made from plaplate tubes. To keep the holes consistent I started by drawing them out on a piece of paper and used that as a template. 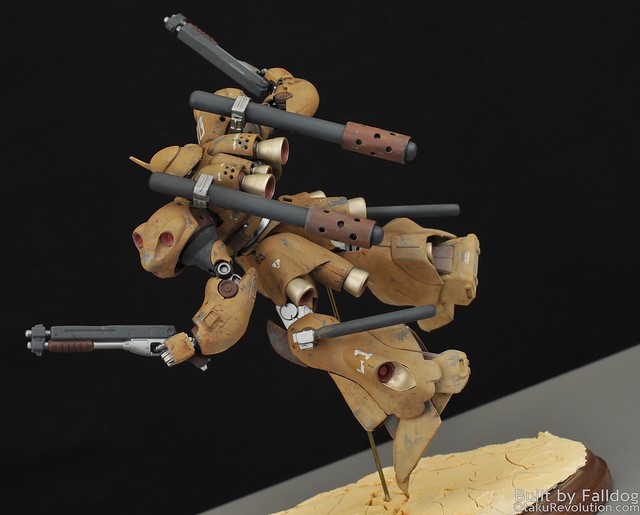 The chips are courtesy Vonschlippe's hairspray chipping tutorial. I added a few lighter spots here there to give it a bit of depth, and in retrospect, wish I did that a bit more. Something for the next weathered kit. On top of that I did an oil wash of gray, followed by a bit of brown, which really darkened up the kit. After that I used some Vallejo rust washes here and there. That didn’t work out as planned either because most of the subtle additions I wanted to do blended in with the colouring scheme. I didn’t want to do a lot of rust, because well a desert kit isn’t going to be spending a lot of time in the rain, so what you do see is subtle.

While working on one Kampfer I messed around with the second looking for a cool pose. I eventually decided I wanted something kinetic and a basic action base wasn’t going to cut it. I started with a round wooden base from Michaels, puttied on red automotive paste (a lot like Tamiya putty, but what you would use for filling in issues on a car) in a jagged manor. I then painted brown around the outside, leaving the inside red. The jagged nature of the automotive paste was to create a solid foundation for the top layer, Golden’s Crackle Paste. The intent was to create a dried salt/mud/sand bed with a bit of red showing between the cracks. If I had just painted the Crackle over the base without a good substrate it probably would’ve just flaked off. Unfortunately the base worked too well and the Crackle didn’t separate enough to really show off the red. To make up for that I used some lightly brushed Vallejo pigment which I carried onto the lower legs of the kit. Around the bigger cracks I put down a darker pigment mix to help add highlights.

As always, I hope you enjoy the photos and if you have any questions about the build please let me know. 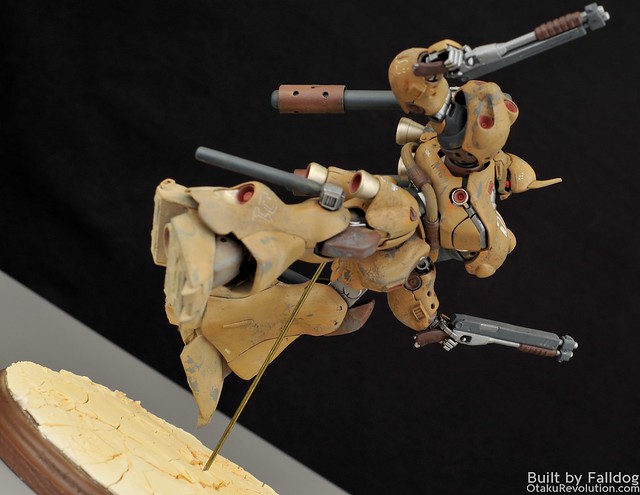 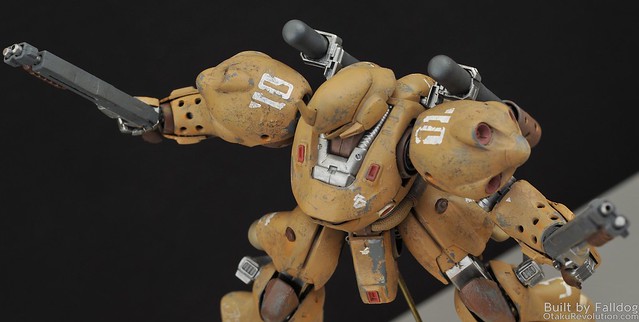 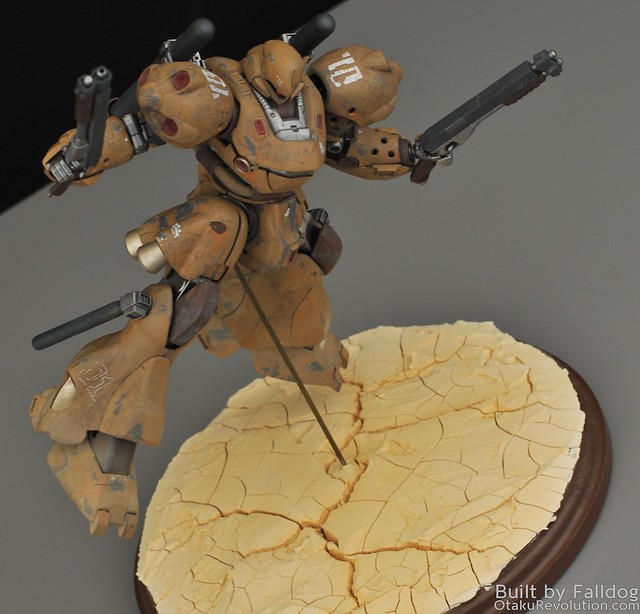 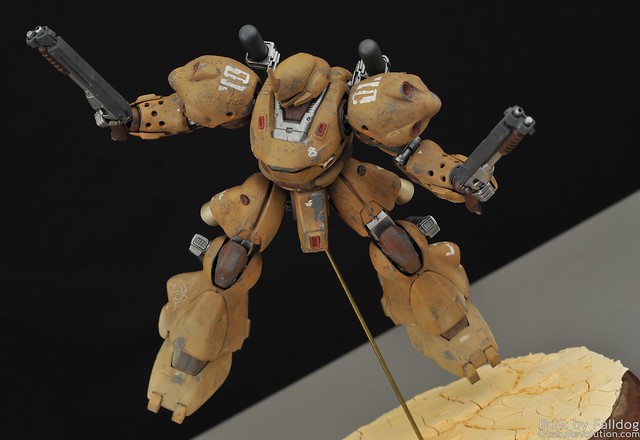 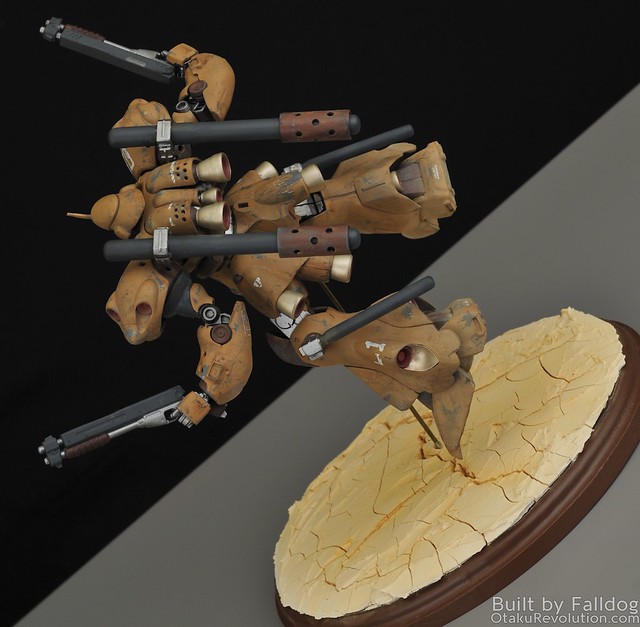 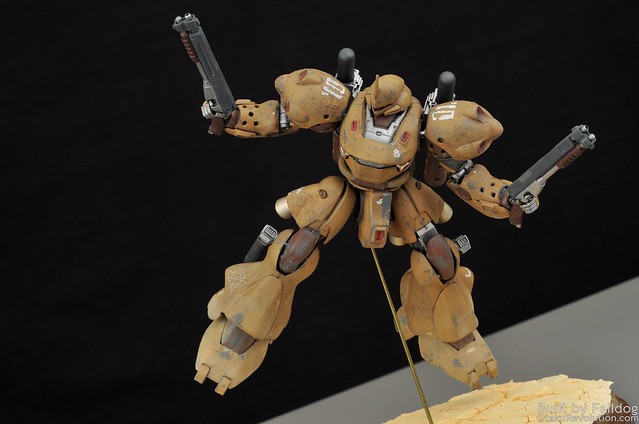