Legend of the Galactic Heroes: Die Neue These Episode 02 Review

Episode 02, "The Battle of Astarte" 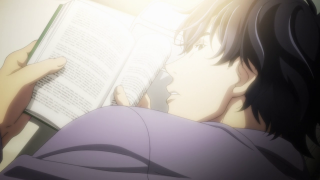 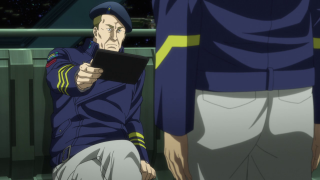 Synopsis:  The battle in the Astarte Starzone, between the Galactic Empire and the Free Planets Alliance, continues. After the loss of the 4th and 6th Alliance Fleets, and the injury of his superior officer, Yang Wen-li takes control of the 2nd Fleet. He forces a battle of attrition, allowing his forces time to pull away from the battlefield as the enemy does. 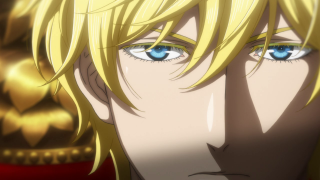 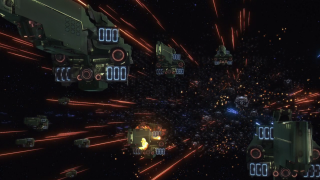 Are you people not paying attention?! Are you so devoid of a moral compass that you would actually consider spending $800, all at once, on Sentai Filmworks' colossal monument to how much they despise their consumer base? Why not just lube up for the wealthy corporate boardroom executives that insisted on that price tag? You'd be ruining the curve for everyone else by agreeing they can just charge whatever they feel like and we'll keep buying their product. Don't be that person. Stay strong. Don't order.

Sentai should do the right thing, refund the orders made already, and admit they made a mistake licensing LoGH to begin with since they weren't able to get the price down to something managable for non-Rockefellers. Three years of teasing for that insult of a price? Eat my shit, Sentai.

Anyway, we see a flashback at the beginning of this episode that sees the perspective of one Yang Wen-li on the events of the first episode. Yang, a staff officer eager to convince his superior officer the foolishness of their regular tactics, is rebuffed for being too passive (not entirely unreasonable, considering how much the FPA outnumbered the Empire in this fight), only to be, of course, proven right, and left to pick up the pieces after said commander is disabled by a blast to their flagship. Lamentably, Yang is too late to save his friend Jean-Robert Lapp, but he at least makes a new friend in Lao, a fellow officer who's willing to assist him in his plans.

Actually, in the first anime, the 110 episode OVA that Sentai is selling to the worst people ever, it's Dusty Attemborough who Yang plays off of for the first few episodes. He's a young officer like Yang, and while not as brilliant, is clever and wise in his own way, and plays well off of characters like Olivier Poplin and Walter von Schönkopf. However, this adaptation is closer to the novels, where Dusty doesn't recieve nearly as much attention, and I'm pretty sure doesn't even have any lines in at least the first book. They expanded his role, a long with several others for the first anime in order to fill the cast slots, but this episode uses Lao like the first novel did, for better or worse.

As with many battles Yang takes part in, his main strategy seems to be simply not getting his ass kicked as thoroughly as he might have. While that does seem to short sell his abilities, you have to understand that the Alliance keeps putting him in no-win scenarios that he can, at best, weasel out of with the least amount of casualties possible. Here is no different, as there's no actual "winning", so much as forcing the enemy to succeed slightly less by forcing them into a scenario where neither side can really score a decisive victory. The FPA still lost more ships, but they managed to at least avoid ceding that sector of space to the Empire.

Possibly for the first time ever, Reinhard is given an incomplete victory, leaving him a little unweary, even if he was technically successful in dispatching three large Alliance fleets. His reward is a promotion for himself and his friend, and he's announced before the Kaiser at the palace Neue Sanssouci to recieve his new standing. We'll soon see, however, it is hardly an honor to him, and the Kaiser is somewhat of a sticking point for him.

In the novels, the next chapter would introduce the Phezzan Dominion, its leader Rubinsky, and Imperial officer Paul von Oberstein, but given the title "An Indomitable Prodigy", I'm guessing they'll be delaying some of that in favor of Reinhard's backstory. It'll be interesting to see what they retain. Either way, we're bound to see Annerose, his sister.

Another competently composed episode, whose strengths are in what shines through from the Tanaka novels, but is still served fairly well by the production values. I miss the classical music soundtrack, but the BGM isn't grating or anything. Again, Mamoru Miyano is a great pick for Reinhard, and I think Kenichi Suzumura might work for Yang. And even though he's not as ever-present as the narrator in the OVA, Yoshimitsu Shimoyama does give off similar vibes to that one. Very official and level-sounding, but impressing upon us import in the actions that lay before us.

But again, outside of having a possibly affordable version of LoGH, I'm not seeing a whole lot of reason for this series to exist. I guess that might be reason enough. 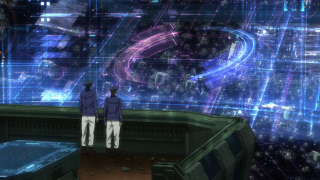 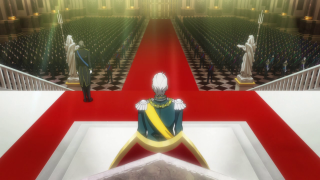