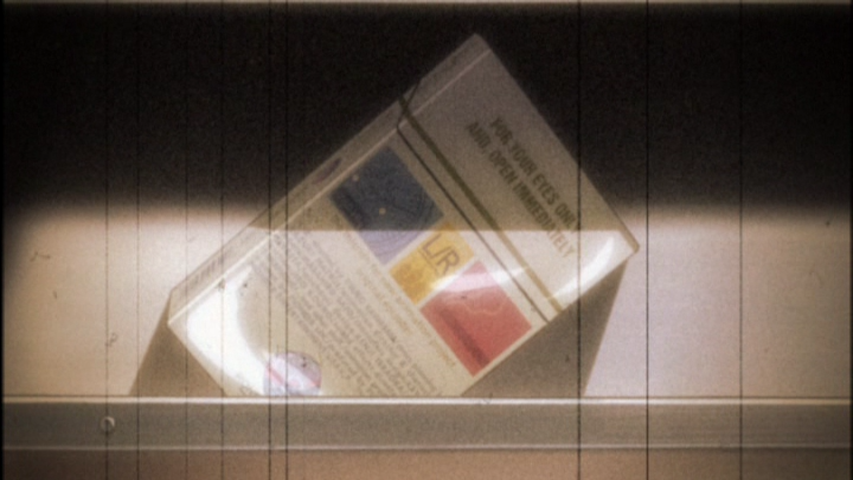 I’ve been meaning to watch this animu for the LONGEST time, plus I need to resume some article writing. What better way to kill two birds with one stone than to do this. Although this is on a Monday, anticipate it being on Sundays like my previous ventures.

Indulge me. Let us go where no one’s gone before.

Before we begin, how can you NOT be intrigued into watching this animu with an opening like this?

It’s a remarkably toe-tapping affair that sets the tone incredibly well, and the vocal performance by the late Billy Preston (whose name literally stood alongside The Beatles once long ago) is top notch. The only real downside to all of this is despite how the animation does quite well to keep up with the vigour of the song, you can tell it is not at all detailed. Take note around the 0:25 mark a fairly impressive shot of one of the protagonists (Rowe) grabbing a cold one and then motioning towards a toast. However when the toast occurs around 0:29 a hand pops out of nowhere from the other side and the moment where the bottles would clink together is a skipped frame without much smooth movement. This part always irks me because the opening shouldn’t have that kind of strange animation hiccup. More importantly, the hand with the other drink looks like he’s behind the bar counter. Has anybody talked to the hand’s manager? I do not think most European nations (real or fake) are this lax with alcohol consumption while on the clock.

Anyway, now that I got that out of my system, let’s talk about the premiere proper. With the kindof opening it has, how does L/R kick off its opening episode? Copious amounts of setup and world-building surrounding an amazing subject near and dear to everybody’s hearts: national treasures. The opening does not even tell you much about Rowe and Jack (the other protag), other than they are a special team from the Ishtar government named L/R, who seem to specialize in all sorts of matters which seek to preserve national security as well as national dignity. This episode reveals how far they will go to do that when it is pretty much laid out how they isolate the supporting characters by way of blimp travel. Most of the dialogue is rife with exposition, yet it accentuates what values Ishtar places upon itself, even if the key object is nothing more than a Royally Certified bauble bought by a late monarch elsewhere.

On paper this looks boring, but it is to the show’s credit in creating the right amount of intrigue to keep you through the episode. While the art is sparse and the designs not quite detailed, the animation and the non-vocal background music help to move the story along well enough, culminating in an impressive knife fight on the side of the blimp by episode’s end. The importance placed upon the stolen object is also a net contributor, and once it is realized this entire set of events is all a ruse to get it (which isn’t TOO hard) and nab its thief, the desire to stick around to find out intensifies. Jack and Rowe are an interesting pair, even if Jack takes center stage in most of the episode, but you pretty much get their characters down as the episode progresses. Nothing too deep, but nothing too offputting.

It’s an INTERESTING first impression, not a GREAT one. A peculiar creative decision this premiere is, to kick off a series which should ideally entail a bit more derring-do from its protagonists. Real world-saving shit, so to speak.

We’ll see next week if you are just as intrigued as I am.