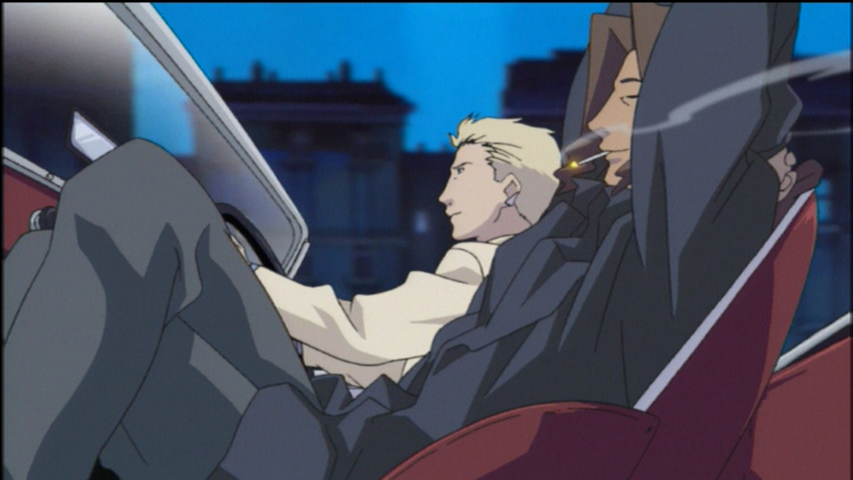 Overall: The fact I would give you some key points without much comment should be a clue on what I think of L/R. I praise some points, because the show gives some things a nice touch, but mostly I’m unimpressed. In fact it is not even worth raging about. It has a story it wanted to tell, it has a tone it wanted to sell, and characters that’d rather be laidback, but know how to entertainingly raise Hell. The foundations are right, so what went wrong?

The promotional material by Geneon/Pioneer for this show, be it the old website or the trailers of the show in various other Pioneer animu DVDs, gave grounds for excitement. In the latter, it touts it as the next great entry in the “Kiss Kiss Bang Bang” style of entertainment. This is exciting, since this means it would be James Bond times two. You’ve the suits, the cool cars, the gadgets, and while there are not many beautiful women involved, you at least have a fair enough looker in Claire. Ergo, this means quite a lot of things: Globetrotting, supervillains, feats of derring do, escapes by the skin of teeth, and many more. Guess what the show instead points to for all its elements to move toward?

The occasional lost treasure; an evil corporation; a young girl; and they can only be done within the country of Ishtar.

Although I praise the great visual aesthetics of its urban architecture, Ishtar in all actuality is an utter bore of a country. We do not know its relationship with the rest of the world, which could have raised the stakes higher since there could be talks of how a shitload of countries want to stake a claim in its chief natural resource. Instead we have a corporation run by a curmudgeon with a gruff English accent and his whiny bitch son. I guess it is cathartic to have them get routed, but they needed to be just as over-the-top as L/R in their methods and madness. There’s palace intrigue, but we never see much of it that matters in an interesting way. There are no feuding royals for L/R to bounce off, and instead it opts for their friendship with the innocent Noelle. She isn’t a bad character, but her raison d’être is rather mild; especially given the complete and utter obviousness that she’d rather be barefoot on some island somewhere (the show takes great pains to make that clear).

The sadder part is how all the action become just as mundane as the story. No other set piece comes to the level of the knife fight in episode 1. Sure L/R has that sniper fight in episode 5 and that jet fight in episode 7, but other than that it’s rather basic. It is as if the writers lost steam further into the production cycle and/or they cut creative content because it would require a larger budget. I do not know, and given its descent into obscurity, I probably never will.

Then there’s the ending.

In the show’s infinite wisdom, it decides to end with Rowe being stabbed by the son of the former DTI CEO out of revenge. For what purpose? I don’t know since the series ends right there, and Rowe did not do anything of note to warrant his own demise. None of his actions in the finale dictate some need of sacrifice, for Cloud 7 looks to have been exonerated for anything pertaining to the episode’s events. What’s the point in providing a downer ending like this if there’s no plot-related reason or sequel hook? It comes off as shock value, and also the impact is lessened based on Jack’s reaction when he comes across it. Instead of being enraged, he smiles at the assailant, says something inaudible, then a gunshot is heard. So I guess they flushed him out and now he’s going to pay? Or something else?

Either way, I am certain Rowe lives through it given the last bit near the end where they launch off into another mundane mission, all while Billy Preston’s opening plays for the final time. Thus, it makes the stabbing unnecessary, and makes me wonder why we don’t see Jack and a live Rowe one final time before it fades to black. I guess they’re embarrassed how this show ended.

So, yes? No? Watch L/R: Licensed by Royalty? Like the L and R in their title… whichever way you like. If this hasn’t deterred you from being interested, feel free to go for it. The series won’t cost you much. If it has, I hope I’ve satiated your curiosity in going where no one (or at least a good number of animu fans) has gone before, and letting you know the details. Now you can watch more worthwhile stuff, like Boku no Witchu Academia or Little Hero Academia, or whatever. 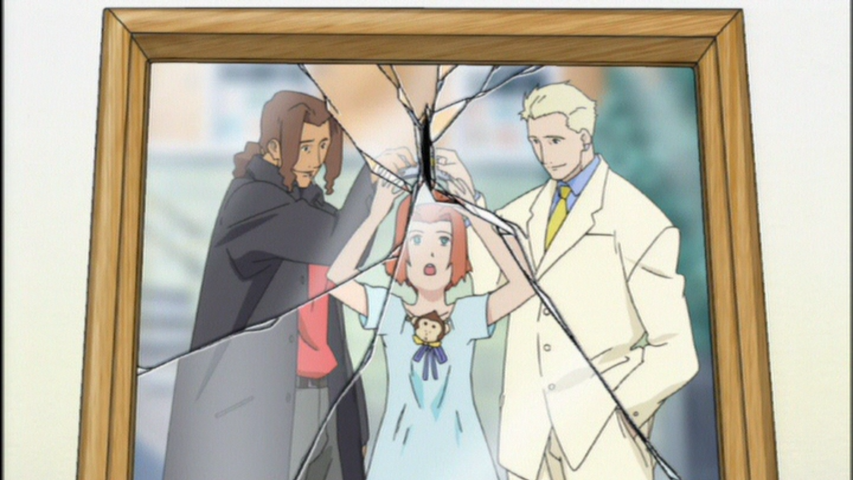