Episode 03, "The Killers Gather in the Wasteland" 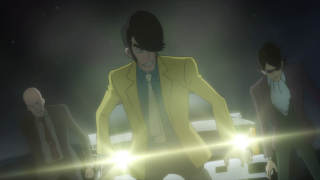 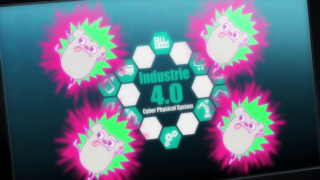 Synopsis:  Lupin III is the crosshairs of a calvacade of calamitous contract clipmen! The dark web masterminds send a parade of asassassins to rid themselves of Lupin, Jigen, and Goemon after being humiliated. After Ami is injured in the crossfire, Lupin concocts a plan to pit them against each other to take them all out at once. However, wave after wave of these horrors-for-hire keep appearing. Is their no end to them? Or is this the end for Lupin? It's another exciting mess for Lupin to get unstuck from, if he can! 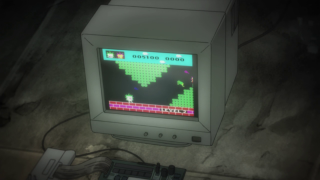 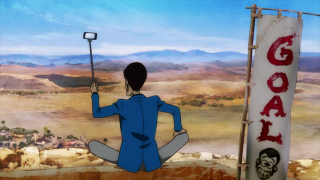 It feels weird having a continuing opening arc for a Lupin III TV show. Three episodes in and we're still not done, with at least a fourth part in the next one. I wonder if this whole TV series will be one, long serialized storyline from beginning to end. That would certainly be new. But Lupin shows tend to have a lot of unrelated, episodic adventures and while I do like an arc, sometimes the one-offs shine even brighter. I'd hate it if they eschewed that entirely.

Having a colorful collection of assassins target our favorite felons is always a fun premise. This kind of reminded me of the Greenback Jane arc of Black Lagoon, which saw the introduction of characters like Lotton the Wizard and Sawyer the Cleaner. Here we have folks like the guy who uses fishing poles with special garrote wire as the line. That particular unlucky fellow is dispatched by Goemon in a very handy fashion. It was especially clever of Lupin to turn the various hitmen against each other based on their bets for his death day, since they don't all want him dead right away. This wasn't just about getting them to fight it out for the right to take him out. Well, not per se.

Really? Sexual abuse of a child back story for distant tech genius girl? That's... even for a Lupin show, maybe a little unseemly. It's like what they were hinting in the Fujiko TV show, except not subtext. Ami even considers having sex with Lupin, though he thankfully turns her down. I do love sex maniac Lupin, but it's good to have some boundaries, especially after she told him her back story ("Hard luck," he replies to the offer. "I only sleep with adults."). It's a bit excessive and I think it loses this episode half a point. We don't need sexual abuse of a minor as a big part of the back story, TMS.

I do like the chemistry between Lupin and Ami, but let's keep it platonic. That's what we have Fujiko for. Except...

Not entirely surprising, but Fujiko arrives for the purpose of being the one who takes Lupin down. While we can't be entrely sure this isn't also part of Lupin's plans, it shouldn't surprise anyone that she took the job, as she is wont to betray him, and he rarely takes it personally. After all, Lupin's philosophy is, "Betrayal is an exclusive right given to women" or "Betrayal is just another of women's accessories." Given how little Fuji-cakes has appeared so far in this series, it's nice to see her at least participating now.

A fairly strong episode, all things considered. I felt that there was especially good animation when the fishing pole guy was casting his lines at Goemon. Otherwise, not quite as good looking as the previous two. At least it was compelling. 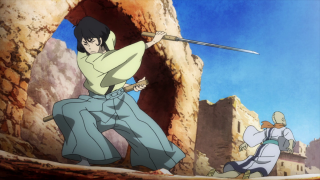 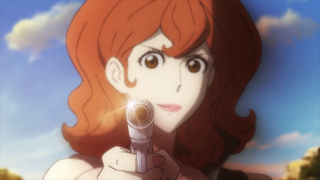