While I dump money into this leaky sieve of a house it's important to remember, and enjoy, some of the benefits of home-ownership. One of those, however small, is having enough extra room to set up a dedicated Gunpla photo studio. Way overkill for most, it's perfect for me. Having the proper space means I'll be able to get consistent photos for my reviews and project updates. I'll also have enough room for PG kits and larger, like the HG Dendrobium. Perhaps the best part is that it's no longer in my living room! 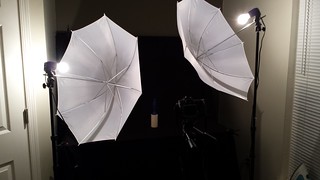 Someone of you may look at the above picture and wonder, "What the hell kind of ass-backward set up is that.?" It's the ass-backward setup of a man on a budget! At the very least it's way better than my previous set up, table lamps diffused by tissue paper taped on a concoction of duct tape and old runners.

The setup itself is pretty basic. It all starts with a backdrop of some inexpensive muslin. It's suspended in the back by a shower curtain rod and draped over a custom built table. The muslin is clamped in place with some cheap clamps, taught over the table, but hanging loose at an angle up the back. This angle helps the appearance of a flat black background in the shots, no more harsh edges.

For the lights I could've spent some more money and gone with a proper pair of light boxes. Instead I spent a third of the cost on some super cheap photography light umbrellas. I immediately decided to toss the light bulbs that came with the setup (they were too blue in temperature) and use my go to, GE Reveal bulbs, instead. They're by far the best bang for the buck color wise. When I had the umbrellas turned the right way around the light was a tad too harsh (technically they were too close to the subject) and it cast a few shadows. Turning them around, while reflecting most of the light backward, allowed the light to diffuse through the umbrella.

The table is nothing more than some sawhorses, a pair of 2x4s, and a wood board on top. Like I said, I had a budget. 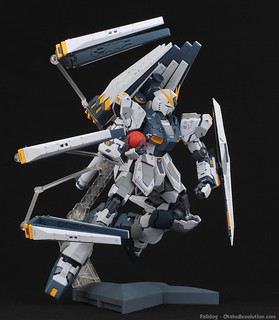 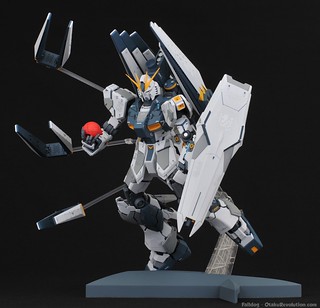 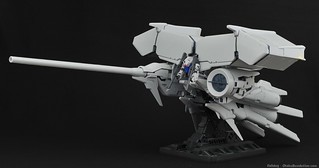 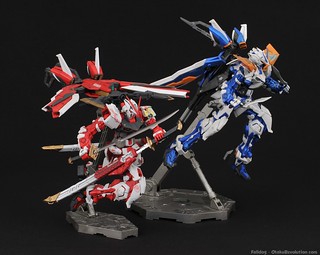 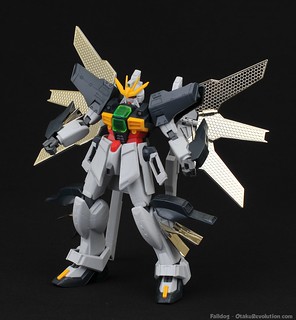 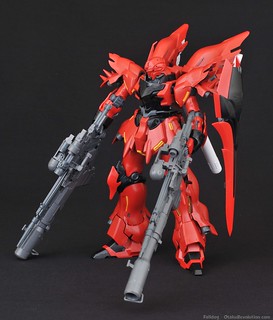 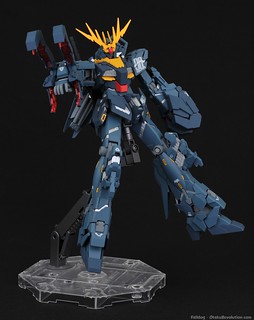 The only post-processing on the photos was a simple crop. 50mm lens, aperture priority (f/10.0), custom white balance (set from a white paint sample card).

All in all, I'm pretty happy about how it turned out. I'll be using it shortly for my Sazabi ver. Ka and clear FA Unicorn reviews. My biggest concern at this point is how do I keep it dust free between shoots... cover it up or use a lint roller every time?