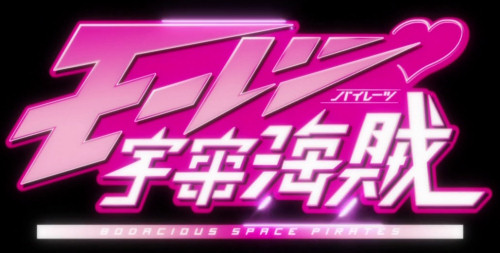 Bodacious Space Pirates is a new anime series for 2012 which tells the story of Mariko Kato, heir to the pirate ship Bentenmaru following the death of her father, the ship's captain. Bodacious Space Pirates is written by Yūichi Sasamoto (co-writer of Venus Wars), directed by Tatsuo Satō (Stellvia, Martian Successor Nadesico), and animated by Satelight Inc. (Macross Frontier, Hellsing Ultimate). It's already been licensed in North America by Sentai Filmworks.

Note - Most folks, including the subbing groups, are referring to the series as Mouretsu Space Pirates, the name of the light novel series this anime is based off of. Mouretsu, as it turns out, means miniskirt. Every other source, from ANN to Wikipedia and even the series logo, show the series is actually called Bodacious Space Pirates.