Few people talk about Shunsuke Kikuchi. While not the quality of say, Yoko Kanno's contributions, or the emotional power of Hiroshi Miyagawa's work, Kikuchi has been in the business of incidental music (that is to say, background music) for decades. Cutting his teeth on tokusatsu programs, Kikuchi got work scoring the anime adaption of the popular Akira Toriyama manga Dr. Slump. He is best known, however, for scoring the anime adaptation of Toriyama's most popular work, Dragon Ball. Taking cues from old films, Kikuchi is a little Wang Fu-ling and a little Bernard Hermann.

Clips of Episode of Bardock

How am I supposed to believe that Bardock can become a Super Saiyan? He's a low-class warrior who couldn't even scratch Freeza. Goku at least had trained in 100x gravity and had a zenkai. This is a stupifyingly retarded idea. I like the new animation, though.

Here's a few screenshots for your consideration (Dragon Box on left, Blu-Rays on right): 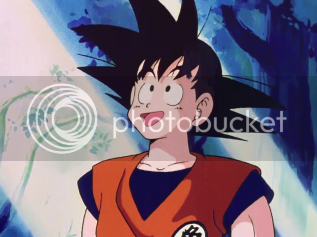 I still prefer the Dragon Boxes. The BDs look great, but the colors are a little too dark, in my opinion.

However, since the DBoxes are now out of print, I reccommend picking up the "level" Blu-Rays if you can't find the DBoxes.

AMV - Carry On My Saiyan Son

Here's a little something I made myself:

Dragon Ball Z: Carry On My Saiyan Son from mtpenguin on Vimeo.

Starting in 2009, Toei's refurbished, "refreshed" version of Dragon Ball Z began to air on FujiTV. It recieved high ratings throughout, but was cancelled after 98 episodes (97 aired, 1 DVD/Blu-Ray exclusive). The purpose behind this creation, Dragon Ball Kai, was, besides celebrating the 20th anniversary of DBZ, was to provide a filler-free version of the show, staying closer to the original manga by Akira Toriyama. It was even touted as the "Toriyama Akira Original Cut Version". There would, as a consequence, be fewer episodes.

For those interested in hearing what Colleen Clinkenbeard's going to do with my favorite scene, here's a sort of "preview". It's how she does it in Ultimate Tenkaichi:

Pretty good. Too bad Willingham's Cell is so awkward. I'm sure the scene will be better with Clarke's Cell.

Episode 97, "Farewell with a Smile! Heading for New Days..."

Personally, find the Blu-Ray footage too dark, but otherwise the remaster looks surprisingly solid for a Funimation release, even if I prefer the Dragon Boxes.