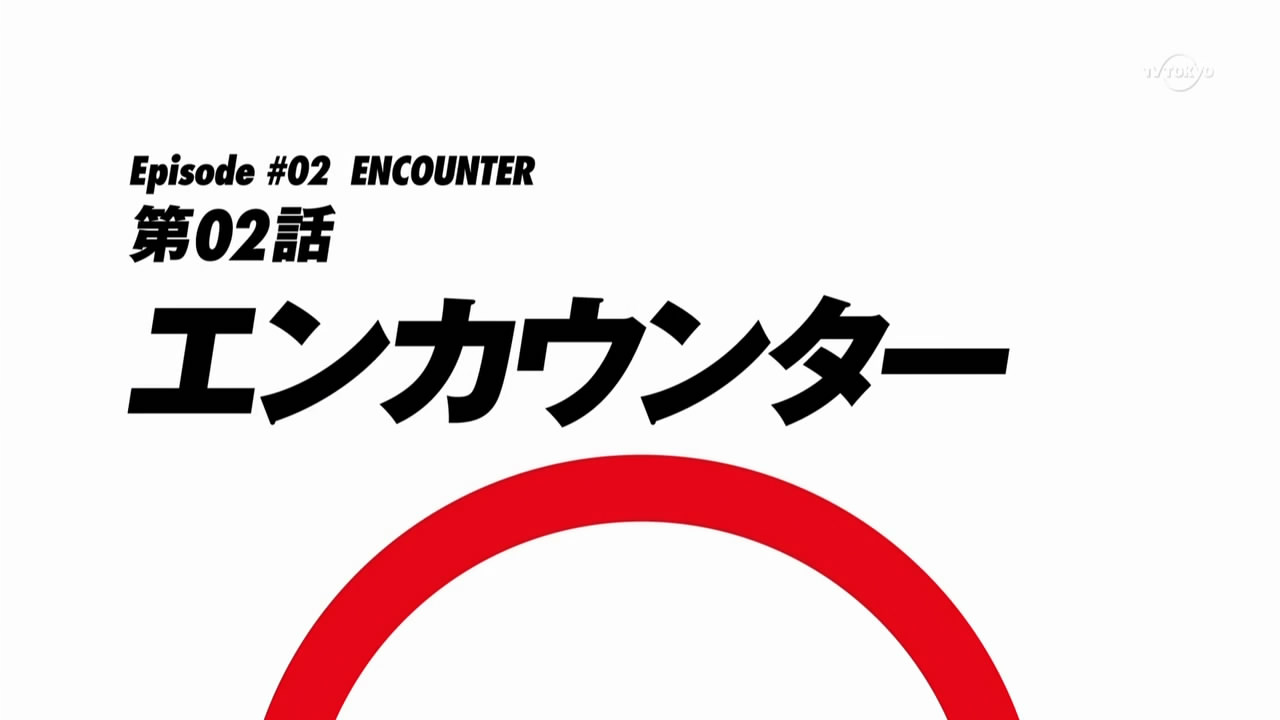 Episode 02 - "Encounter" Spoilers Ahead Summary: In the second episode of Heroman we finally get to see some action. Action, as in some robot versus giant alien insect ass-kicking action. To be honest, that is really all that happens. The Skrugg, the evil aliens who received Professor Denton's broadcast in space, arrive on Earth to take over the planet and kill all the humans. They are searching for Denton, to become the representative for Earth and also a test subject to extract memories from. 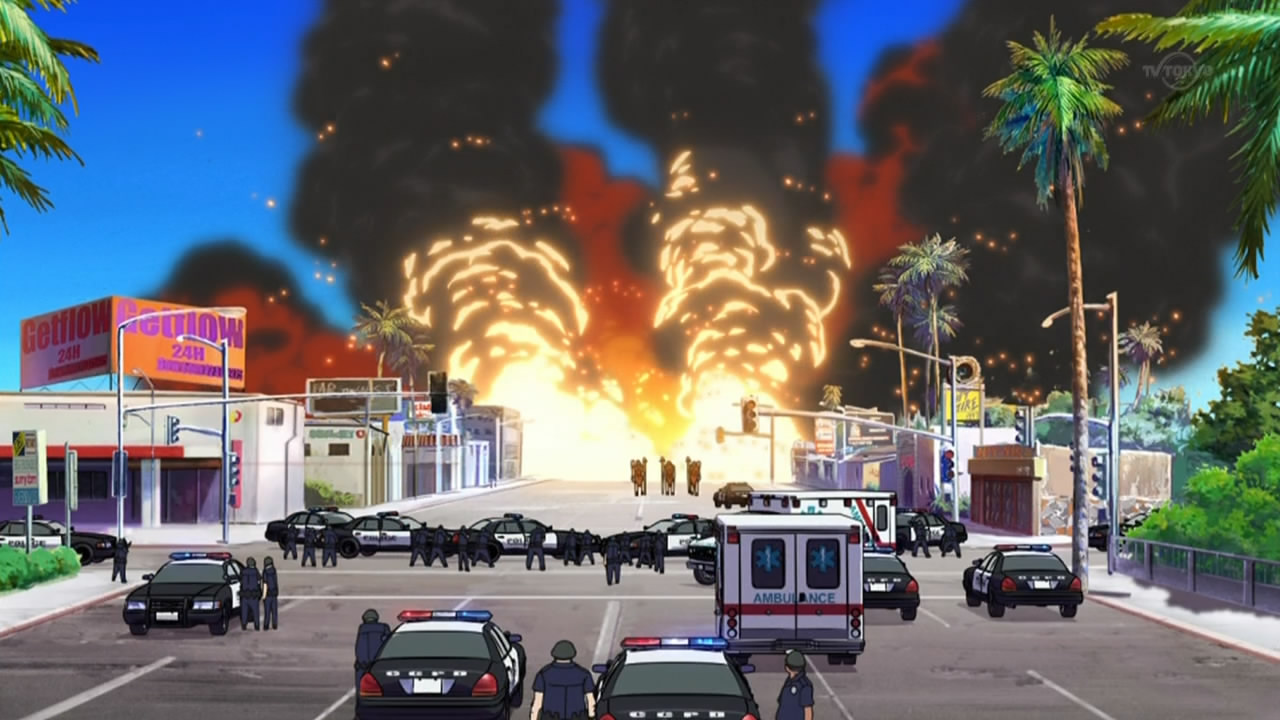 So the Skrugg arrive, and almost immediately the city they arrive in is destroyed and in flames. They used these staffs which gave off a high pitched sound to almost paralyze everyone, then use their weapons to destroy the buildings, people, cars, etc. 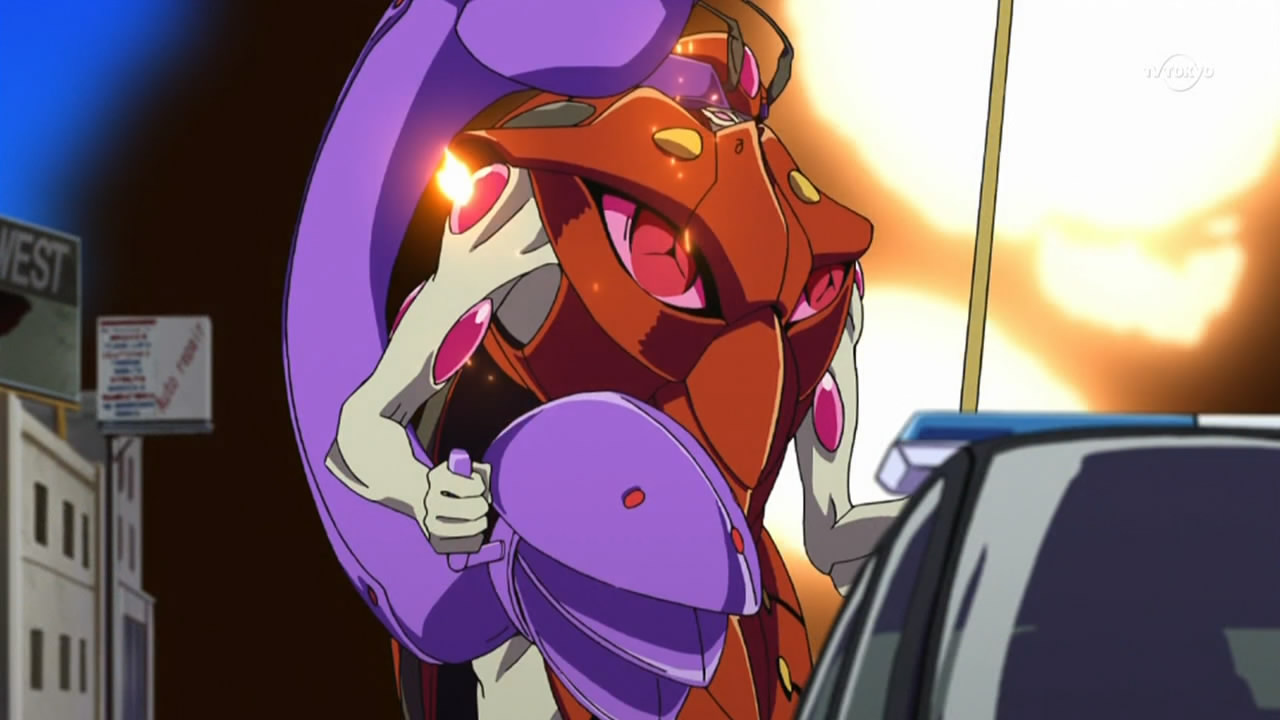 This causes a huge commotion, and through the radio Joey, Psy, and friends hear aliens have invaded. Joey jets off in a mad sprint to Professor Denton's office to let him know. As soon as Joey can tell him the Skrugg have arrived at Denton's lab/house. Denton thinks that the Skrugg come in peace and are a civilized society, he soon fines out this is wrong when one of the Skrugg tell him their true intentions. Lina shows up, and Denton feels the need to be courageous and be the hero while Joey and Lina escape. Joey makes a quick decision to stand up to the Skrugg and protect his friends by fighting with Heroman. 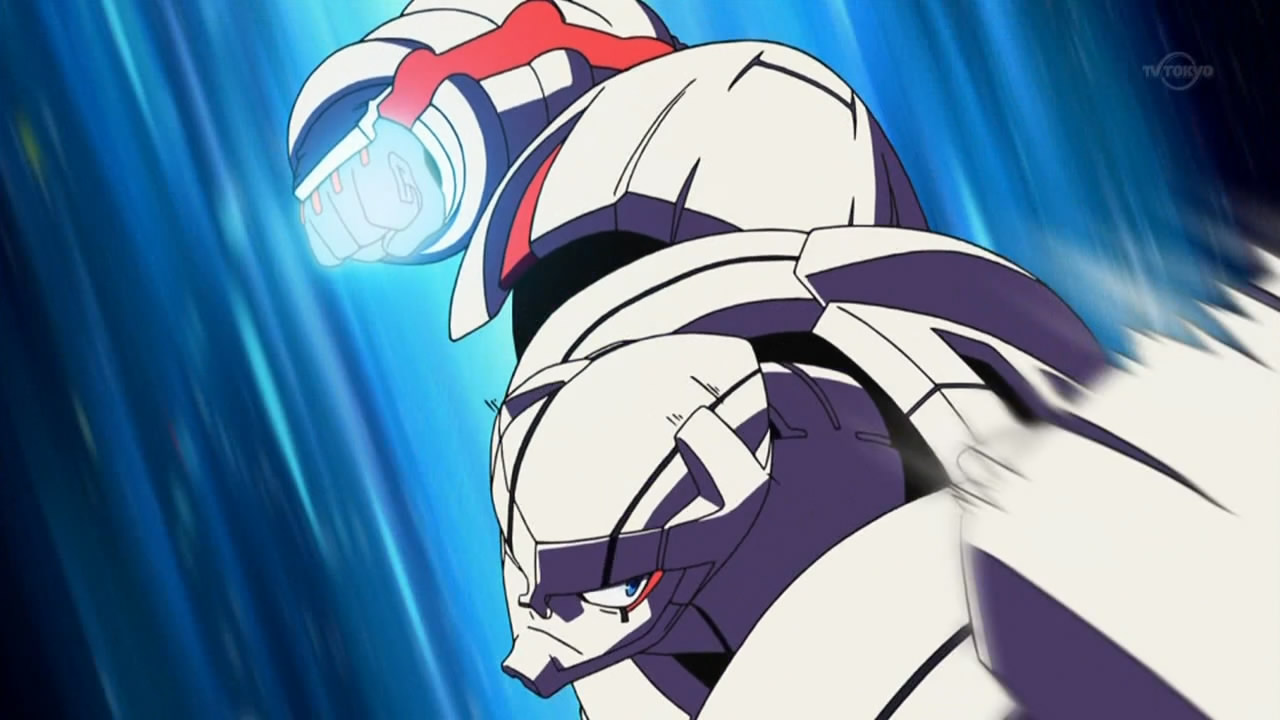 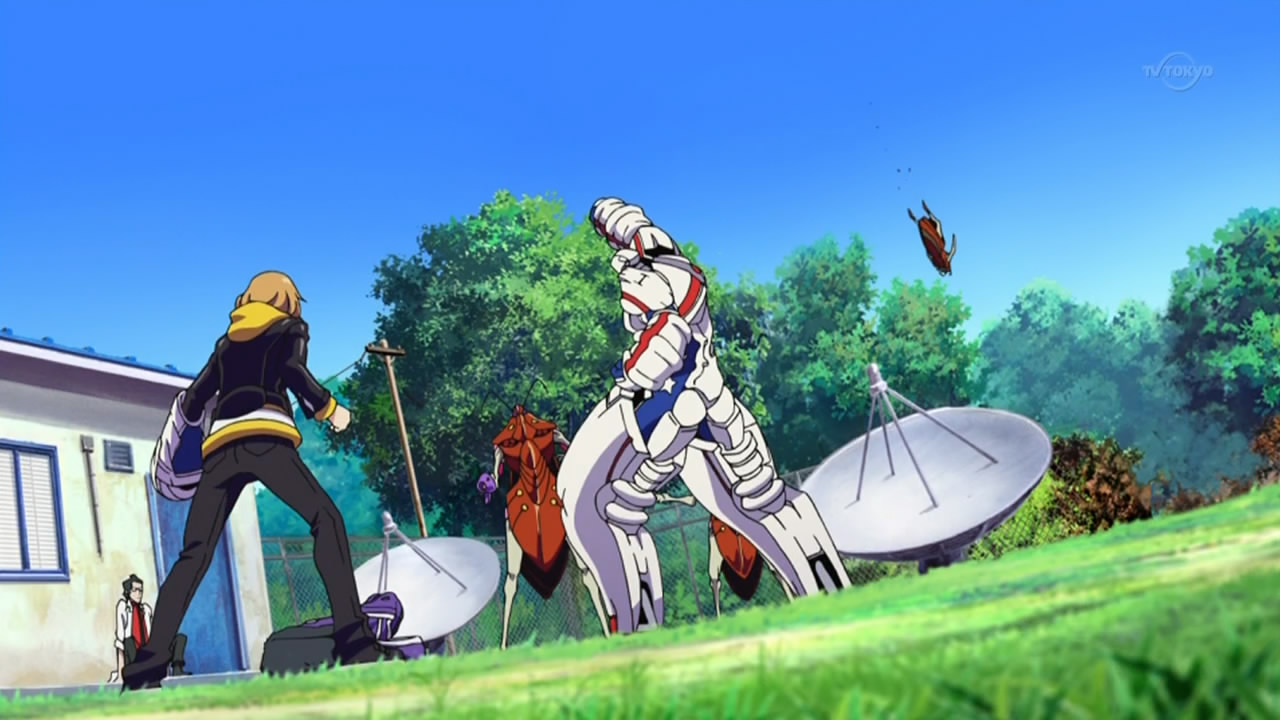 The remote control wraps around Joey's arm and Heroman grows full size, ready to kick some butt. While Heroman destroys all three of the invading Skrugg, Joey also learns he possesses some form of power, as he runs at super speeds and catches Lina as she is sent flying through the air. Will is watching the battle from a distance and isn't to happy. The episode ends with the city safe for now, but the rest of the Skrugg are on their way and are sure to show up in the next episode.
My Thoughts: The length of the summary might make it seem like a lot happened in this episode. To be honest, not a whole lot happened. The first half of the episode is spent setting up Joey understanding that Heroman is real and can summon his powers through the remote control. The other half is spent fighting the three Skrugg that have invaded so far. The fight with the Skrugg was pretty cool; they didn't put up much of a a fight to Heroman though, as he just wrecked them. I'm still not exactly sure if Joey controls Heroman through his thoughts, or Heroman just kind of does what he thinks Joey wants him to do. Hell, I don't even know if Heroman thinks. He is still shrouded in some mystery, his strength is truly revealed, and we still don't know if he can talk (I doubt it because he doesn't have a voice actor listed for him, but I can always dream!). I was honestly expecting more fighting or at least more of a challenging fight. It is still early on in the series and those three scouting Skrugg may have been the Raditz's of the group. I'm hoping there are other villians in the series than just the Skrugg; I really do not like their design. Maybe it is my dislike of bugs, or the fact they are just really ugly. I mean, they don't even look cool. I guess that just makes it all the better when they are killed. 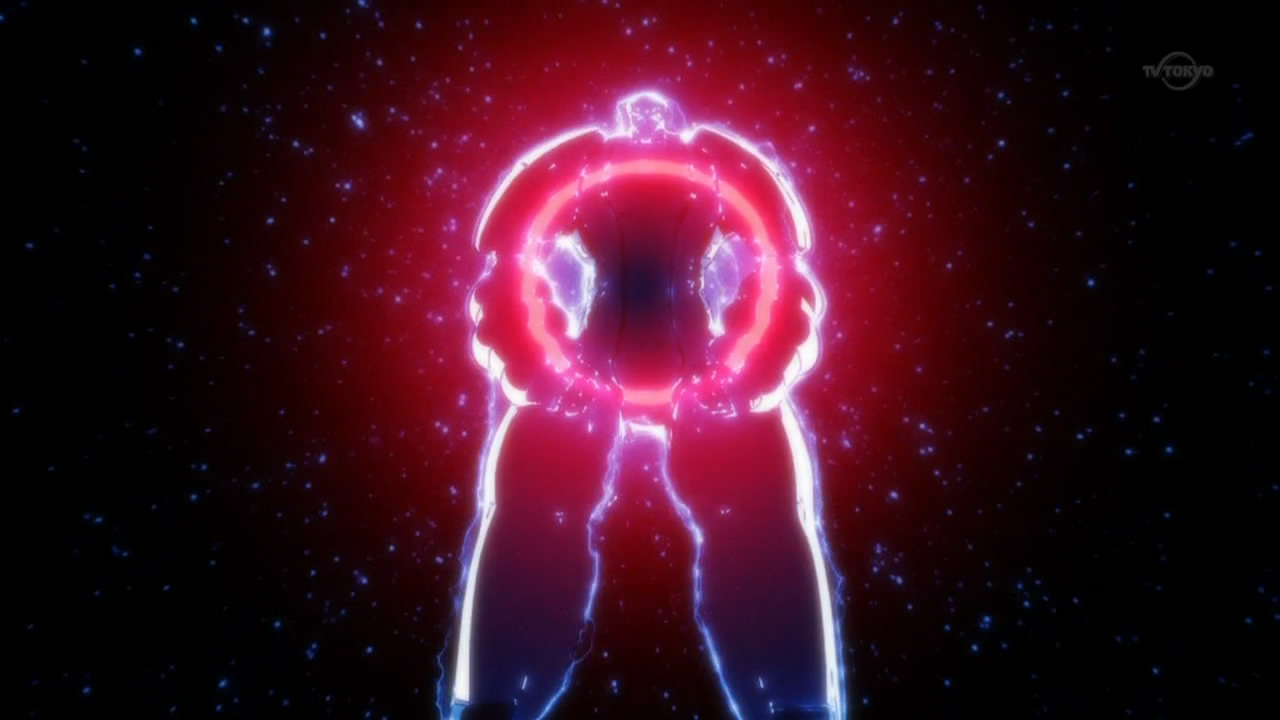 The O-formation is finally shown though! Looks pretty awesome. I still don't know if it is an attack, or if he is just taunting. As with most of the aspects of Hero, only time will tell. Episode 02 was decent, nothing over the top though. It was enjoyable to watch and definitely has me wanting to watch more though, which very important. Overall Score: 3 out of 5 I forgot, the best part of the show is Joey's grandma. She's got class and style. Who needs a lawnmower when you got lawn clippers? 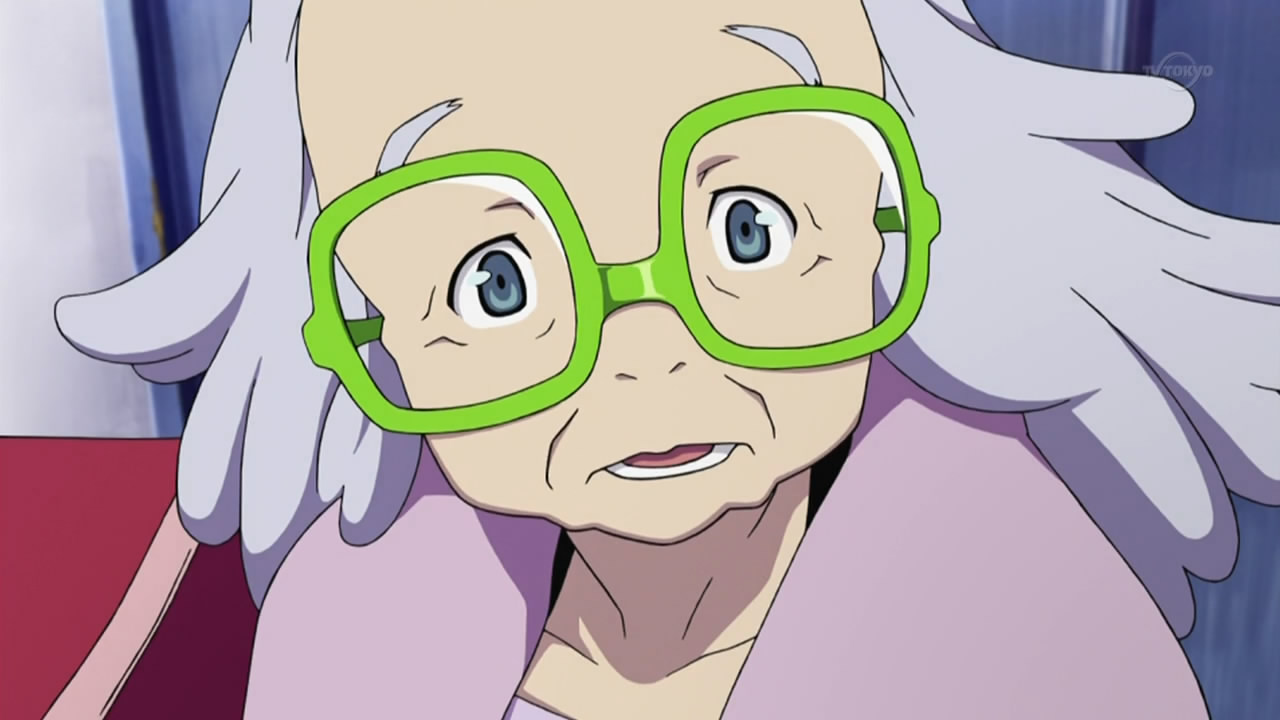