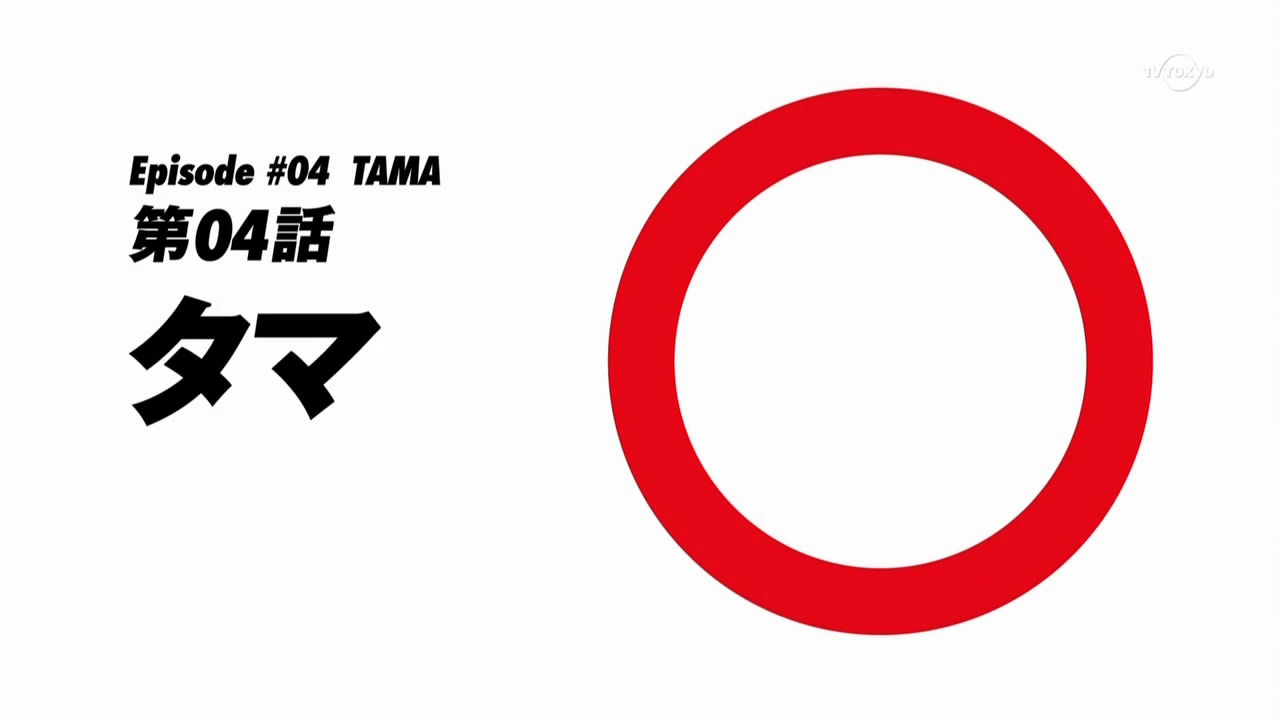 Episode 04 - "Tama (Sphere)" Spoilers Ahead Summary: Episode 04, if you couldn't tell by the name is about a giant sphere rolling through Center City, threatening to roll-over and destroy the gym where the civilians have taken refuge. 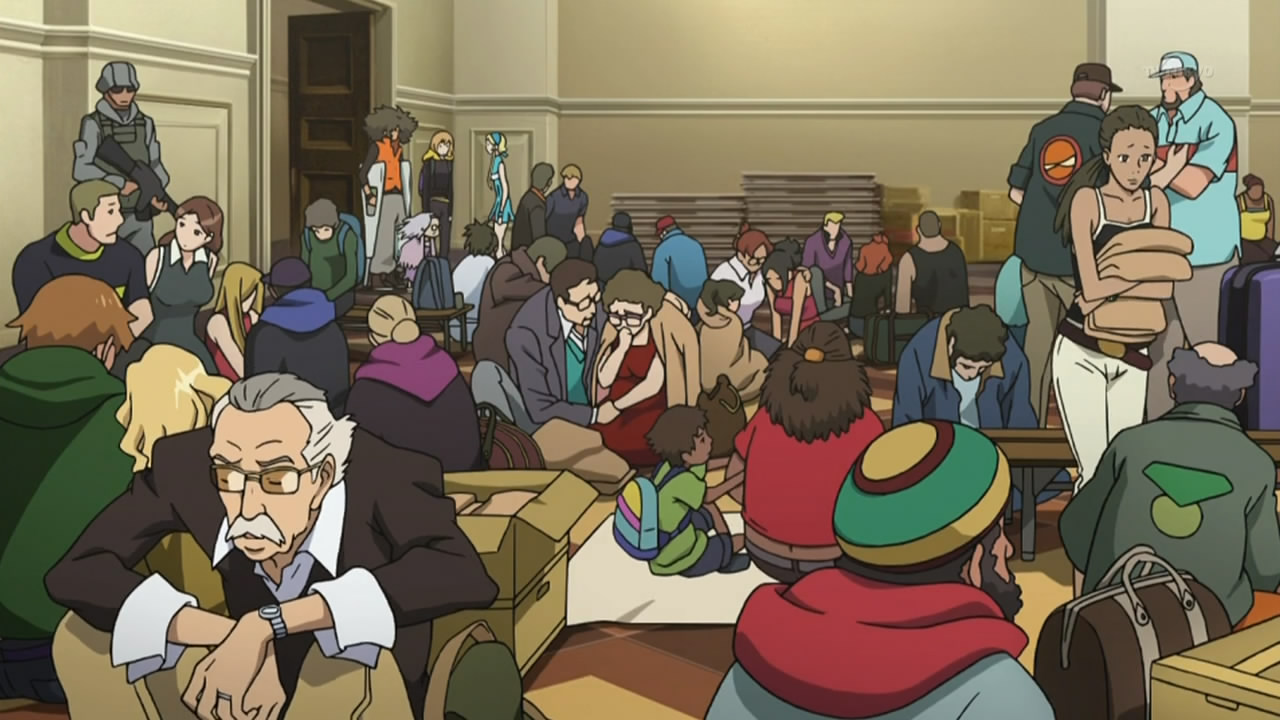 Before this though you see Will and Nick venture into the Skrugg's base, only to get their asses captured. Who knows what is going to happen with them. 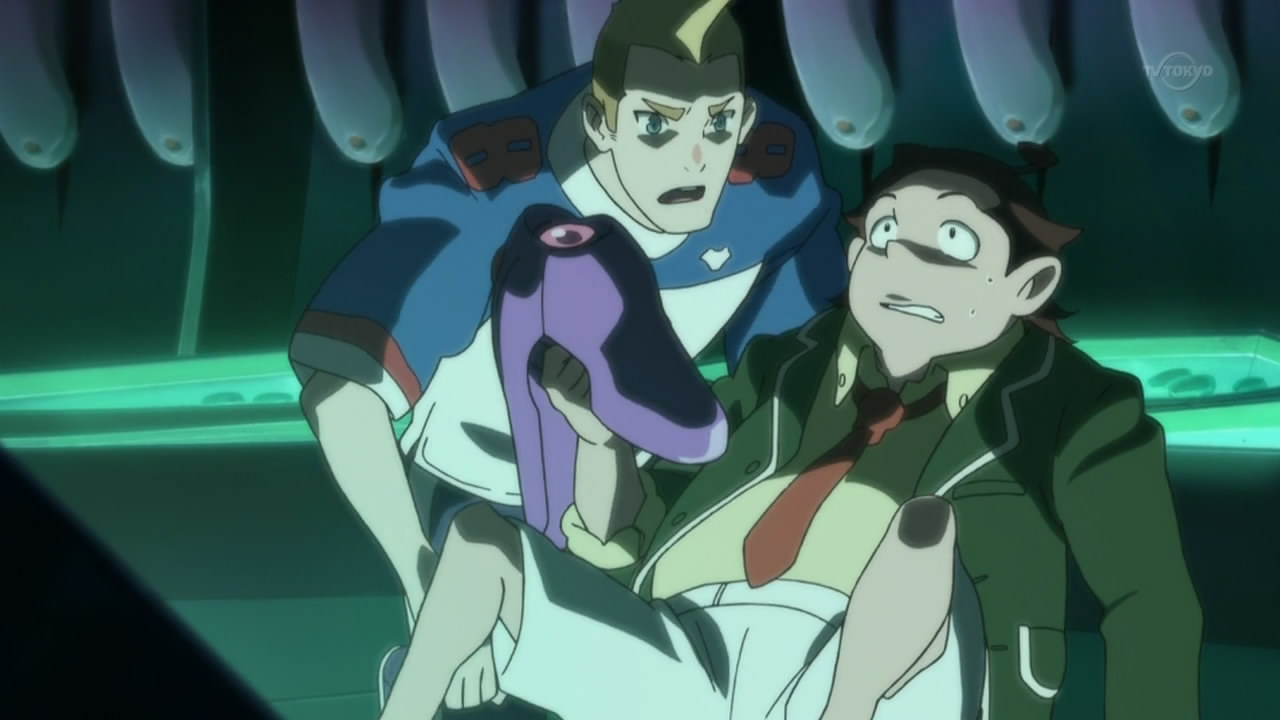 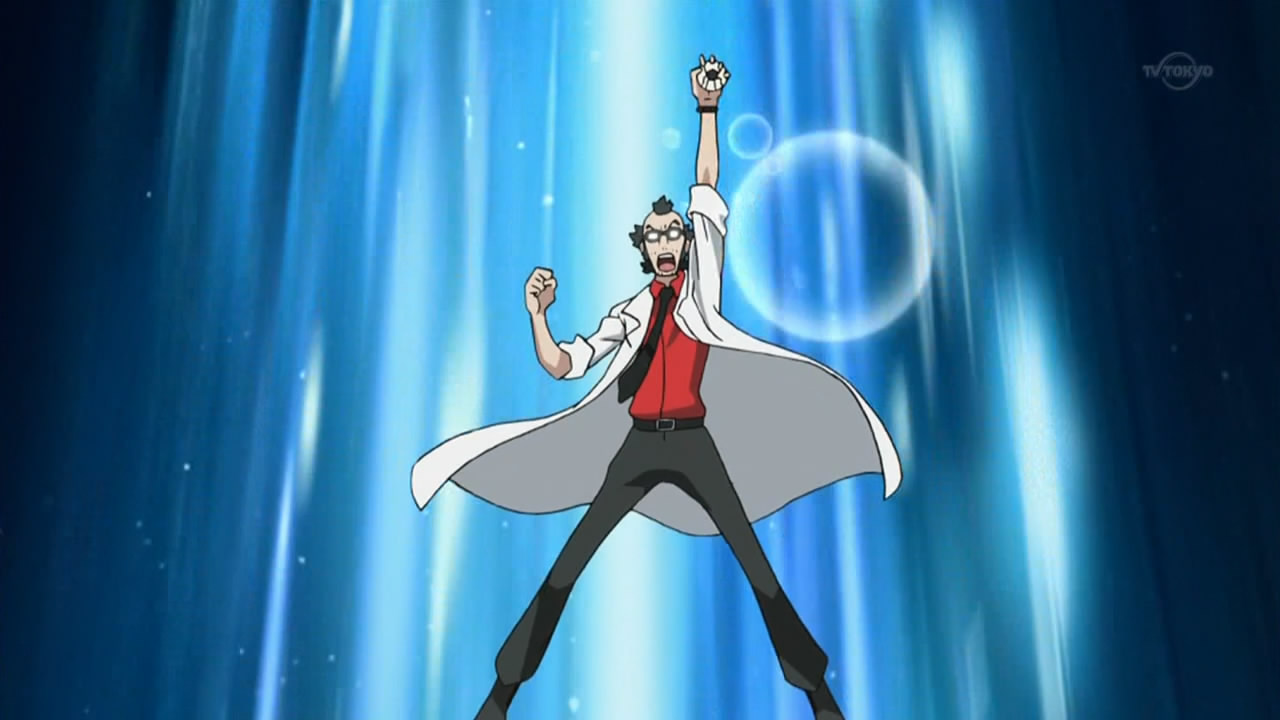 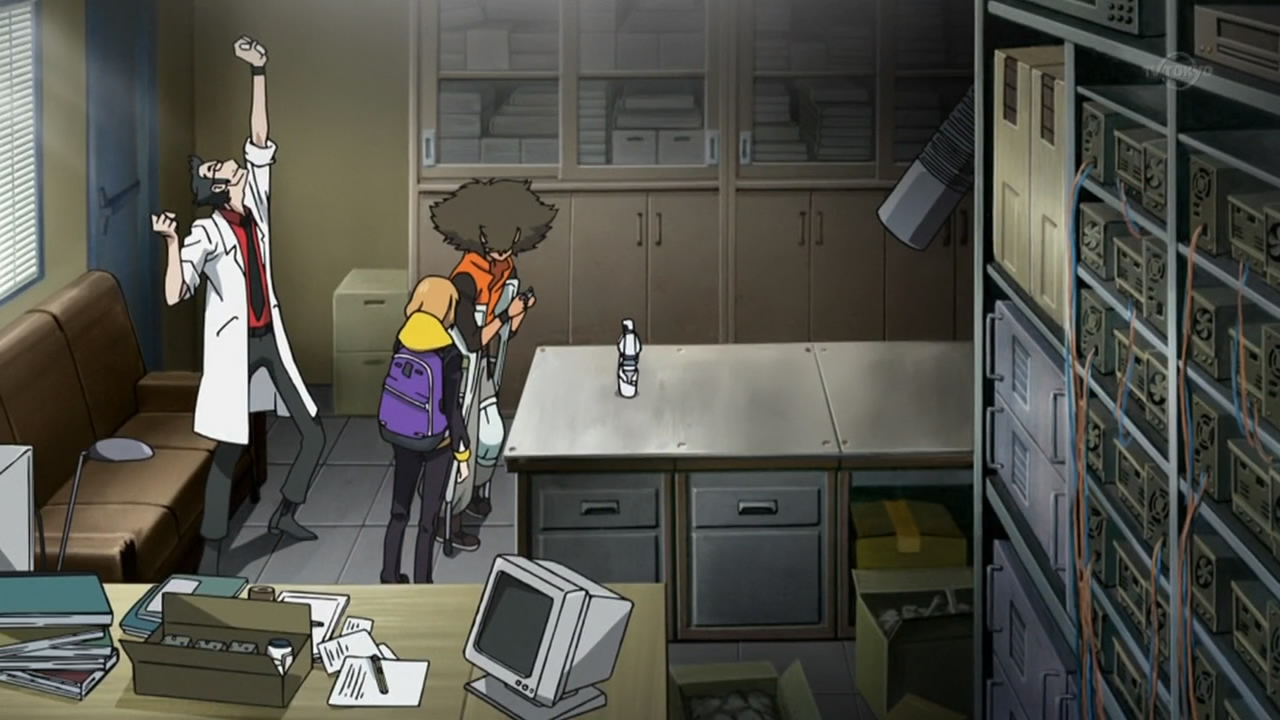 Back to that giant sphere rolling through the city. 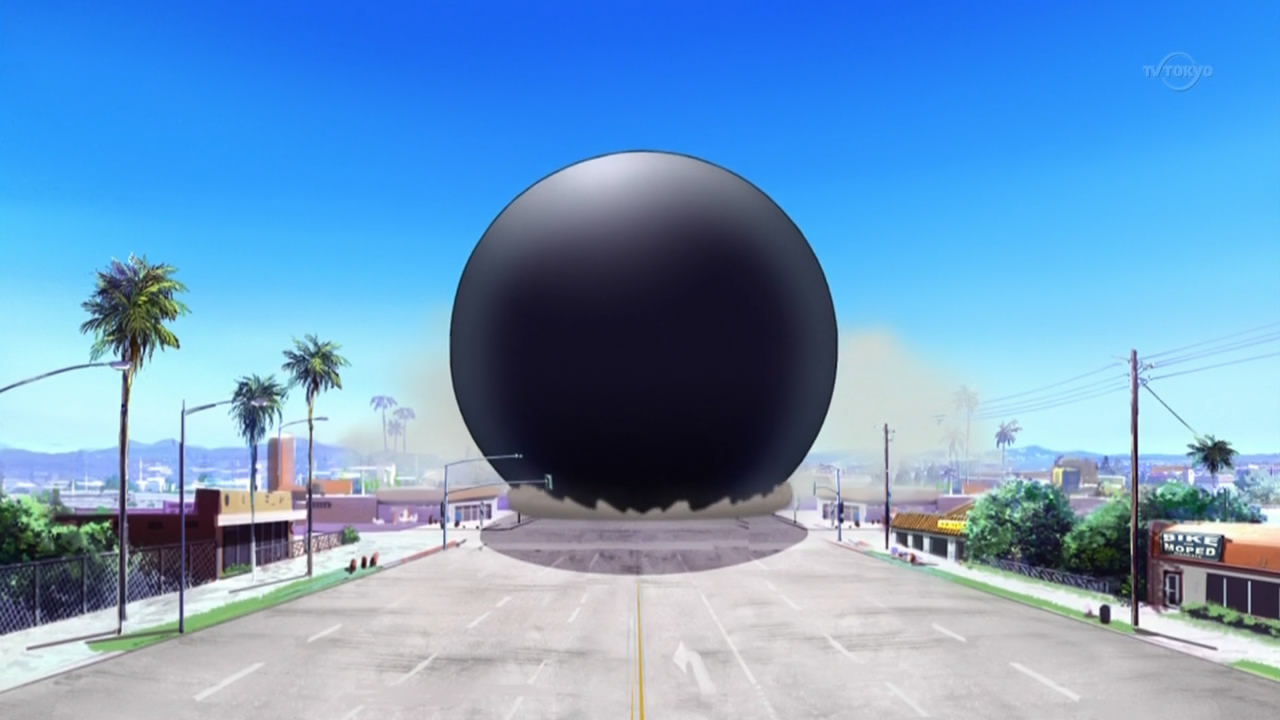 Well it has spikes too. 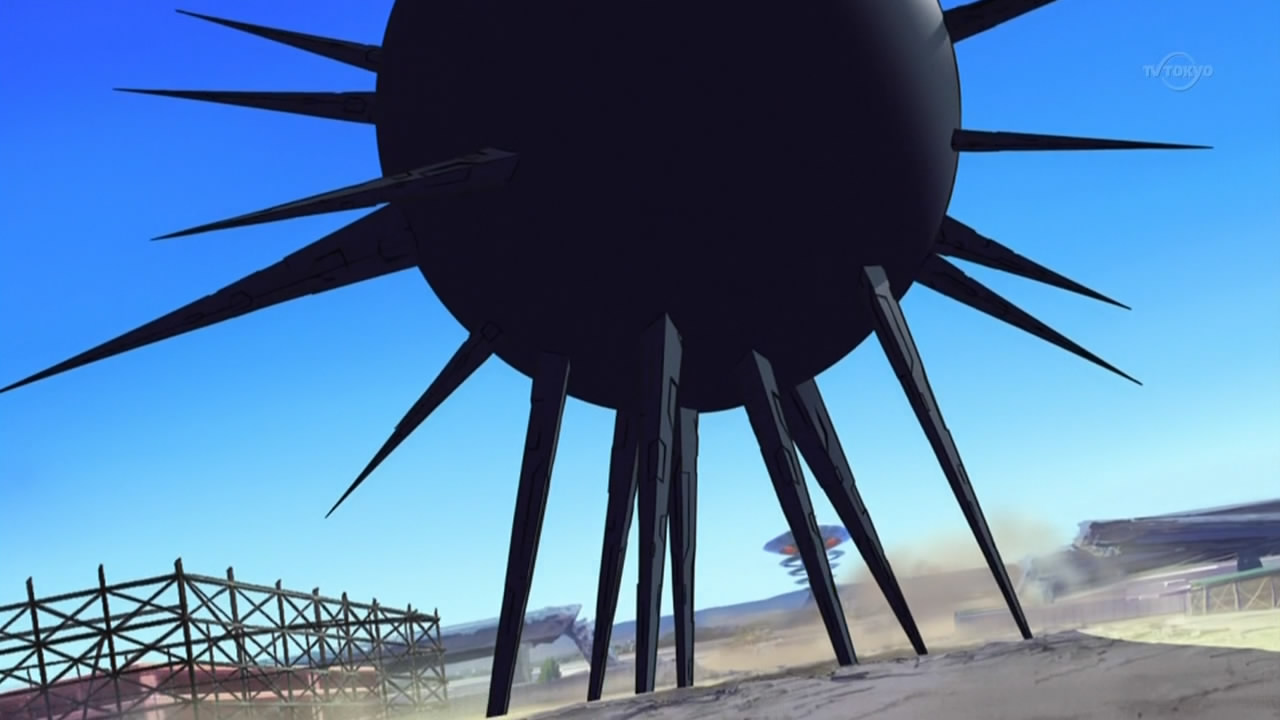 So Joey and Heroman attempt to stop the sphere while Psy evacuates the gymnasium. Heroman's first few attempts are utter failures as he is rolled over and his punches are useless. Denton has the bright idea of trying to stop the sphere by getting it to roll into a crater. The sphere stops momentarily until giant spikes protrude from it and continue its path of destruction. Heroman begins to punch the sphere and his fists and arms begin to shatter. He tells Joey to not give up and keep fighting. This leads to another transformation, entitled "Heroman Augment." Heroman grows the size of the sphere and blue flames/lightning is being emitted from his body. It also replaces his one completely shattered fist. 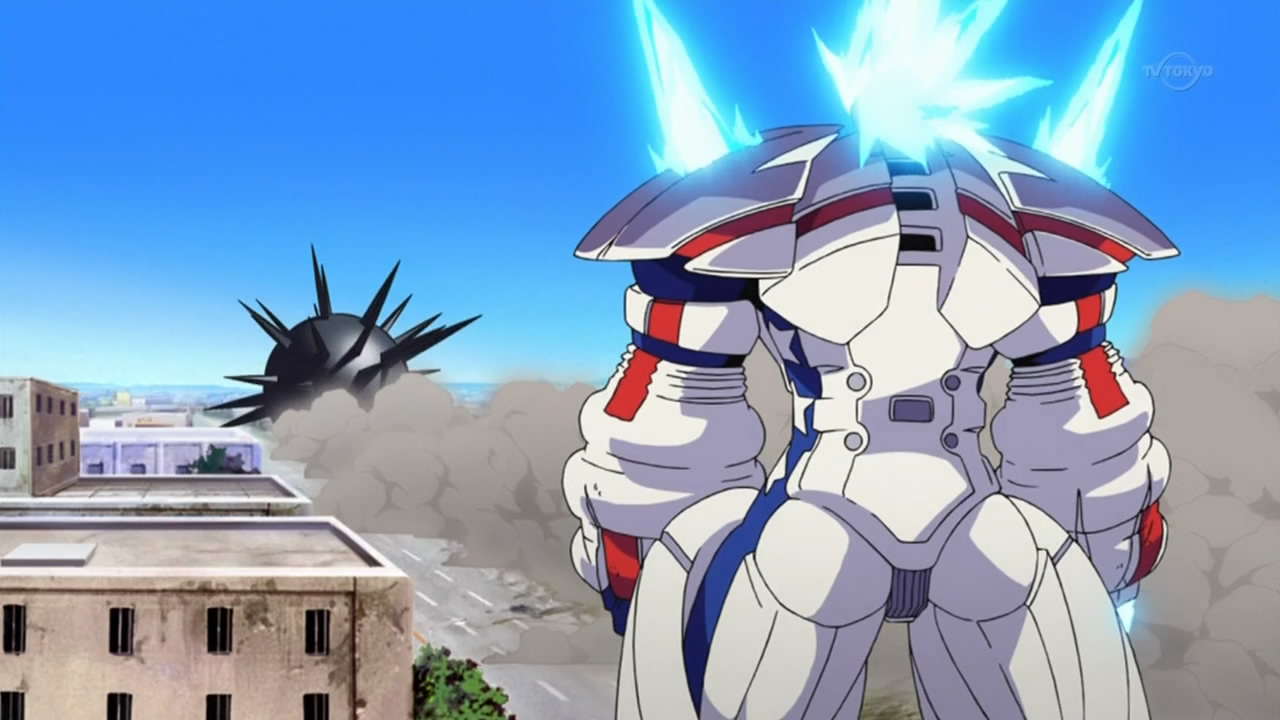 Heroman is able to hold off the sphere long enough for the people to evacuate. However, the sphere continues to roll along with many more being released from the Skrugg base. Things can only get worse it seems. My Thoughts: I just want to know the hell the spheres are exactly. Like why in episode 04 are we fighting a rolling ball? In the episode preview for 05 we see a new Skrugg assassin introduced, who honestly doesn't look to different from the normal Skrugg soldiers. Then there are even more spheres being rolled out. Hopefully they serve some alternative purpose, not just lets attack with rolling balls. The animations in this episode seemed solid, nothing to complain about really. I really loved the Heroman Augment form, it just had that awesome transformation feeling that can only come from gigantic mechs. However, the theory of new episode, new enemy, new power keeps coming true. I understand that this is extremely typical in Shonen. My problem is that it is just every single episode so far. It just seems like he is going to run out of transformations or powers at some point. An example of where it didn't bother me (the powering up) would be Gurren Lagaan. Whenever Gurren Lagaan grew stronger it was either amazing awesome and felt natural. There were still episodes where he didn't grow stronger or Kamina and Simon just fought at their current level. It is hard for me to explain why Heroman bothers me in this aspect when it seems like most Shonen shows are like this. Either way, I hope the next episode can switch up the formula or bring something new to the table. I thought episode 04 was a bit better than the last episode, it still isn't living up to its potential though. I really want to see more from Heroman, and not more fighting spheres. Overall Score: 3 out of 5
anime
bones
Heroman
Reviews