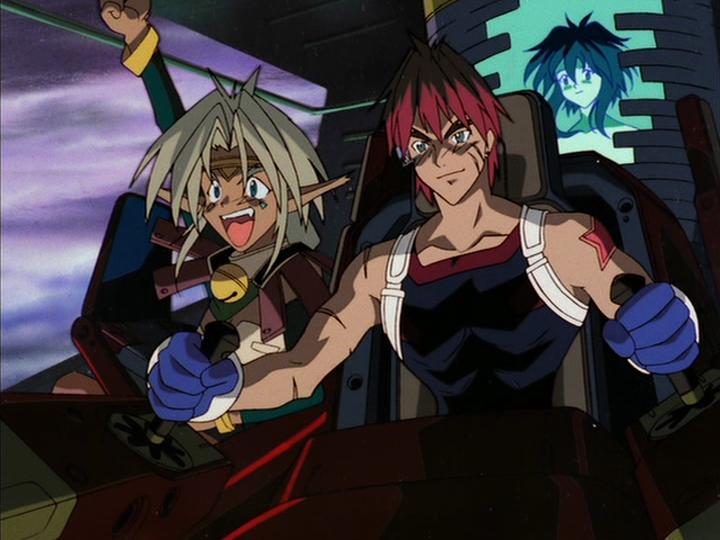 Not so much that I’ve regained interest after having it flag for a few episodes (although this is welcome), but also how very short the Space Race was period. In fact I was expecting to see the moment where I lost interest right here… but it’s not there.

What’s there is actually an intense little episode where Gene not only pushes the limits of the Outlaw Star, furthering its uniqueness as a ship, but also furthering the connection between him and the McDougals. The moment where he and Harry meet is a rather tense affair, with Gene not at all up for BS and wanting answers while Harry deflects and denies anything Gene throws his way. Predictable to be sure, but as an establishing moment to personalize their intertwined fates it is a good watch. 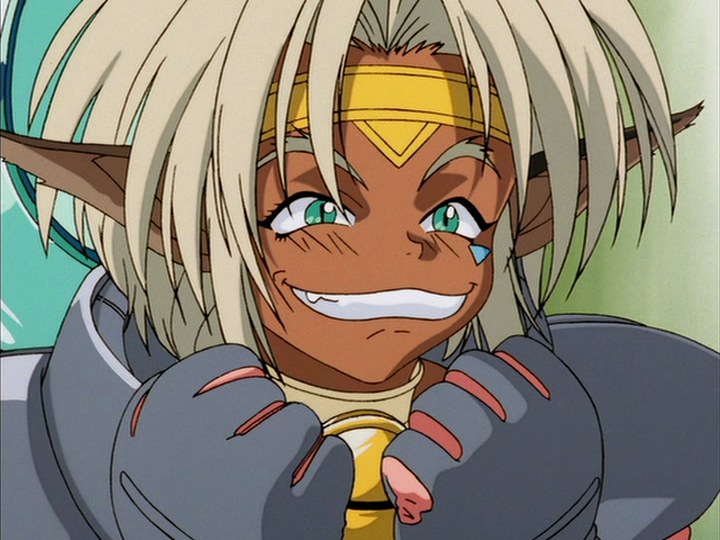 What’s also just as good is the triumphant return of Aisha into their lives. In what she thinks is a daring attempt to infiltrate and extract information regarding the Galactic Leyline, Aisha instead… decides to hang around. I guess she kinda is holding them hostage or something until they figure out how to get to the Leyline? Either way, she then gets distracted at the various intricacies of the ship and pretty much makes herself at home, solidifying her place on the team. It helps how her performance is less shrill and more playful here, pivoting between lackadaisical cat behavior and sheer determination to get shit done. Sure it’s much to Gene and the gang’s chagrin, but we’ve still got fifteen more episodes to go, so I’m looking forward to seeing Aisha develop.

All this then leads into a potentially disastrous situation where Harry makes another move to take down the Outlaw Star, but some quick thinking on Gene’s part (coupled with lore Jet Black opines on before the intro), brings them and the Space Race to a rather quick end. I always thought the end would be NEXT episode, but here we are, with Outlaw Star clocking in 4th place overall and at 1st place in the ‘Privateer’ category. So all’s well that ends well, I guess. We not only have more buildup when it comes to character rapport, but we also get a big tease to a space battle for the next episode.

Quite a win. The show has my attention again.