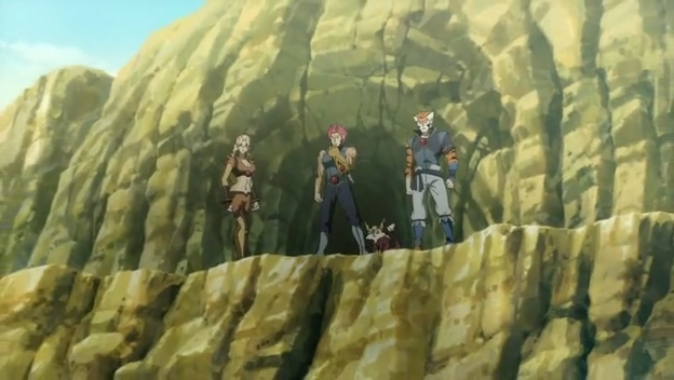 To be diplomatic, a word that could be used to describe the reaction to the upcoming ThunderCats Roar is… spirited. For the majority part it is negative in outlook, but like any cartoon final judgment ought to be made once episodes premiere. Another major consequence of this news is the pining for the 2011 iteration of the franchise, cancelled before its story completed, like other unfortunate Cartoon Network shows Sym-Bionic Titan and Beware the Batman (although unlike them, it wasn’t written off). Now the outlook on THAT show is the diametric opposite.

However, for me, is ThunderCats 2011 loved because it was cancelled, or was it loved because it was… well… good? I’ve had fondness for the original series (mostly towards the five-part sagas which were a highlight in the 80s), but I stopped around Episode 8 of this series. I remember being fond of its premiere, but then grew cold as it progressed. Was I wrong in giving it up? Or was I right? Regardless, the existence of ThunderCats Roar provides me an opportunity to address this… possible oversight.

So come join me. It’s time I fixed this.

“These were days of peace and prosperity on Third Earth… When one empire stood above all others, ruling with a just heart and razor claw. And though Omens foretold in the Book would be ignored, the tragedy to come was necessary. For it was written that he would be born of fire, a king to lead his people to victory, against ancient spirits of evil….”

As mentioned above, I remembered the premiere with fondness, but there is a lot of it I do not remember. The opening narration seen above is one I do not, and I am sad for it. It provides a good portent of high adventure, action, and the triumph of good vs. evil. It sets the stage for the epic, and does it well. Why shouldn’t it? It premiered 15 years after the original, with absolutely nothing new happening in-between this time aside from the original getting a new life thanks to Toonami. You gotta have a hook after all, and boy did it hook.

Then Part I of this premiere happened, and I’m not exactly sure about it.

Let’s talk first about what I’m SURE about. The animation by Studio 4°C (Princess Arete, the Berserk Golden Age movies) is superb, and after years of watching Avatar: The Last Airbender literally dance around hand-to-hand combat in an animu-esque motif, the grit and tactile nature of ThunderCats 2011 delivers. Character designs are on point and evoke the original without crimping all of its style, and the performances by its voice actors (although the original Lion-O, Larry Kenney, gets a bit too hammy as Claudus, and doesn’t do the full “ThunderCats, HO!” line) is on point. The product is of the highest grade of polish, and still is worthy of fondness seven years after the fact.

I wish the same can be said about the writing.

Again, here’s stuff I’m sure about. The characterization of the main cast appearing in the premiere is not bad. Lion-O is idealistic, a bit naïve, and curious; Tygra is arrogant, yet competent; Cheetara is chipper and mysterious; Wileykit and Wileykat are well… wily; and Snarf? He’s the best character in the series, by virtue of not being his original iteration, but moreso being essentially a Pokémon. These are guys with base characteristics, written well enough that I could see myself follow them until the series end.

I just don’t know about the WORLD they inhabit. Instead of escaping the Planet Thundera then setting up shop on Third Earth, Thundera is instead a kingdom on Third Earth. It’s a large, bustling, capital, and is thankfully not portrayed as an annoying, or sinister, utopia. The thing of it is, the flaws of this kingdom are based on an aversion to knowledge outside its walls (like technology) and most notably, prejudice against other species. It is obvious from the get go Thundera is a place that will fall by premiere’s end. However, you should feel JUST AS BAD for those inhabiting said place as much as the protagonists, cuz they’ll have to rebuild the place when it’s over. One can write off the big cat bullying the dog person at the beginning since it’s in a slum, but then you have the major feast in the second half of Part I. A plot point involves two Lizard people restrained in public stocks as attendees hurl tomatoes and abuse at them. Granted, the dialogue is explicit in how they ARE guilty of what they were sentenced for (and it SEEMS they have legitimate grievances towards Thundera), but the fact it happens in a public celebration by attendees, creates a feeling of not just uncertainty towards the already proclaimed justness of the kingdom, but also whether or not it deserves what it gets in Part II. And I haven’t even added in how it disintegrates into a brawl between the attendees and Lion-O, Tygra, and Cheetara.

It is a bit tone-deaf when one is supposed to be rooting for the heroes and kindof awkward how members of the royal family kick the shit out of their subjects like they did. Overall, this part comes off a little too strong, and would’ve worked better with a more deft touch on it. Not that it matters anyway, because it happens at the end, and then Part II kicks things up a notch.

…For the better I may add. Not much, but it is better.

Pretty much the entire second episode is a battle where lizard people lay siege to Thundera. It’s for the most part well done as; once again, we have a more gritty and tactile nature of combat. Yet in the end, it turns out predictability, but well enough. Claudus dies; Lion-O utilizes his knowledge of technology to turn the tables and his bleeding heart pays off when it comes to learning other species understand reciprocity; Tygra takes a liking to said technology; they confront the big bad Mumm-Ra and solidify their opposition to him; and finally Jaga sacrifices himself (like in the original) to let them quest for an enchanted item which may save them once and for all: The Book of Omens. It’s rote but welcome and well-animated, I guess, even though the last line by Lion-O of how “This is only the beginning.” is so rote it hurts.

In fact that’s… pretty much the ThunderCats 2011 premiere: rote, but welcome with a little splish splash of uncertainty when it comes to how our heroes and the world they’re in are written. It’s not series-breaking, since it is the premiere after all and those are usually rough around the edges, but it is what it is. The important part however, is that I don’t hate it. However, it is a part that doesn’t matter, since I’ve committed to this adventure.