Sadly, the aforementioned is one of only two consolations to seize from this week. It is not enough for Gjallarhorn to have the bodies of Naze and Amida, it is Jasley fishing for outrage from the remaining Turbines and Tekkadan during the funeral. McMurdo remains steadfast in his respect for Naze, but now that he’s gone, Jasley is more open in his ambitions to wipe Tekkadan out. It is not shocking in any way, but it is good to see it finally coming to fruition after being already established so long ago…

…When I mean ‘good’ though, it is good in the narrative sense because it lets the show progress toward its end. It is NOT good however, since there’s not much joy or laughter to be had in this episode. 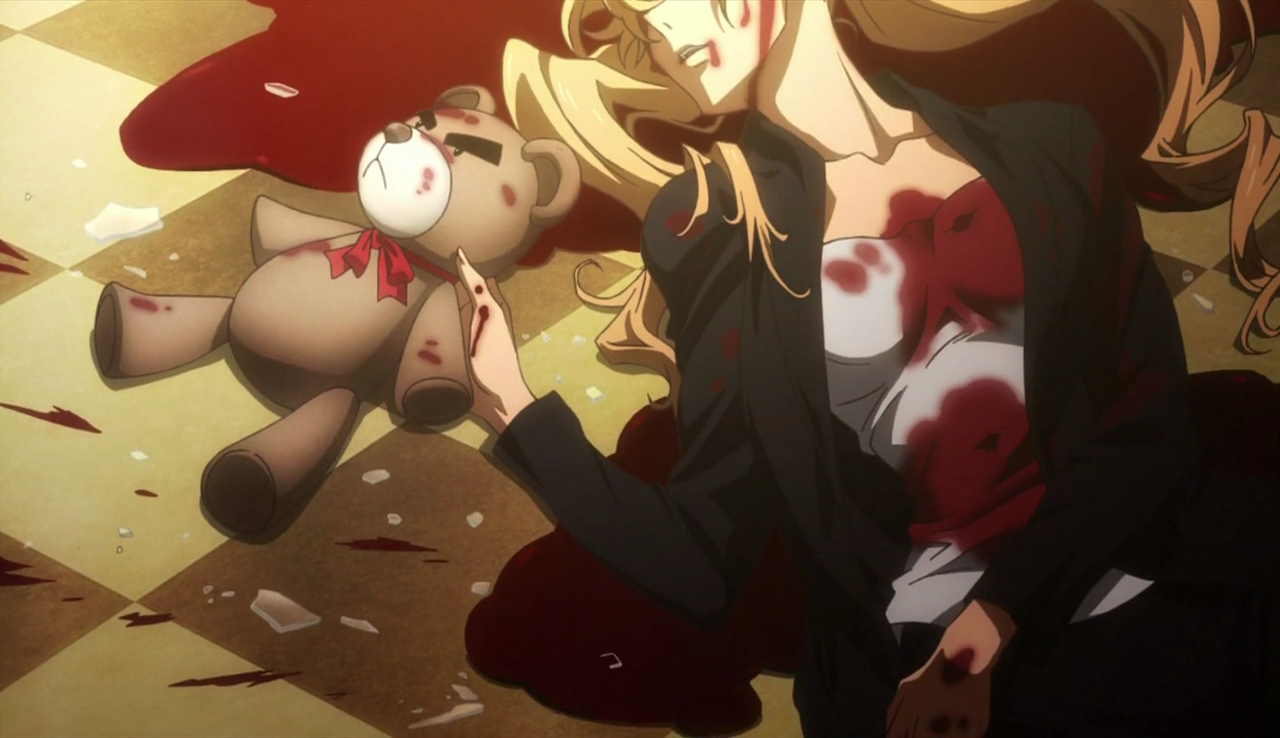 Yes yes, maybe I should not be surprised in the slightest bit since the episode hopped on the good foot and did the ‘backstory’ thing when Lafter and Akihiro drank at the bar. Yet the way it all ends for her was unanticipated. Hostage taking I guess was not in Jasley’s plan to goad Tekkadan into violent retaliation after all. The tragic part is Lafter’s end was not premeditated by Jasley because of some personal grudge or the result of her dying heroically in battle. Nope, a Turbine had to be killed to get a reaction, and she was the only one available who would have to do. No tragic final words, no longing final thoughts are seen in her death. The moment Azee finds her, Lafter is already gone.

This is maddening on an emotional level, but not too maddening when it comes to her arc. During her drink with Akihiro, she eventually after some consideration decides to stay with the Turbines. I don’t think this decision was based not so much on the wishy washy “Do I love you or not?” trope but moreso on Akihiro’s reaction. Akihiro likes her, but not in that way, and Lafter realizes this after a drink or two with him (at the same bar Orga got sloshed at last season). So when they part, there is no feeling of an unfulfilled substory with them, but a fairly complete one ending on good terms. You know, Lafter loves the big lug, and you know Akihiro likes her too. Even so, it still hurts to know any future encounters will never happen, and seeing Akihiro’s private reaction to her death makes it hurt all the more.

It’s an effective death of a beloved character, long story short. This now leads to the second consolation of this episode: a renewed fight in Tekkadan. Jasley’s plans I know will be foiled since it is predicated on the assumption that Tekkadan cares too deeply for their connection to Teiwaz, when the connection was moreso towards the Turbines. Now that their greatest champion is gone, they’ve no obligation to Teiwaz anymore, and are heading off to fight them to avenge Naze, Amida, and Lafter alongside saving the rest of them. To be sure they’ll have the help of Macky (a tenuous relationship at best), so it raises the question if they would be just as gung-ho without them, but do give them credit. They’re fixing a problem that has been long fomenting, and now it is time to nip it in the bud.

Maybe we’ll see BOTH Jasley and Iok bite it next week.