Eureka Seven is easily one of my favorite anime series of all time. Fantastic animation, fantastic music, fantastic direction, and strong va performances. Some folks may complain about annoying characters or the slow pacing of the show at times but that was an integral aspect of what made the show so great, the character development. Nearly every major character acted with some level of dispicableness and immaturity at but slowly developed and grew. Coming of age tales are a dime a dozen these days but few have done such a remarkable job as with Eureka Seven. 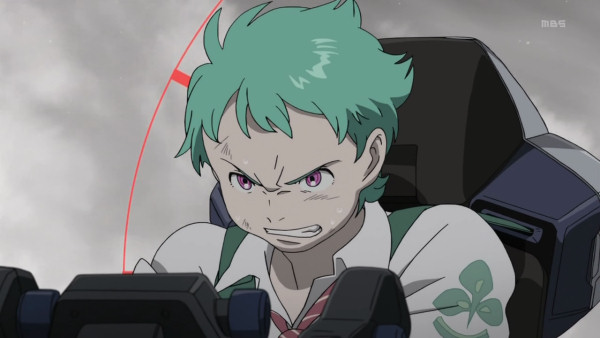 AO looks on path to do the same. Five episodes in and they've laid the groundwork for most of the main characters. As one might expect a handful are in their early teens and showing all unique personality traits I want to see develop as the series goes on. Elena Peoples with her social aloofness, Fleur Blanc with her stronger sense of maturity, and of course Ao is, perhaps to a fault, your typical mecha protagonist. Unsure and thrust into a new situation with an unexpected ability to pilot and uniquely personal tie to the story. There are also older characters, such as Pied Piper's support staff and Generation Bleu's leadership which have an air of mystery about them. 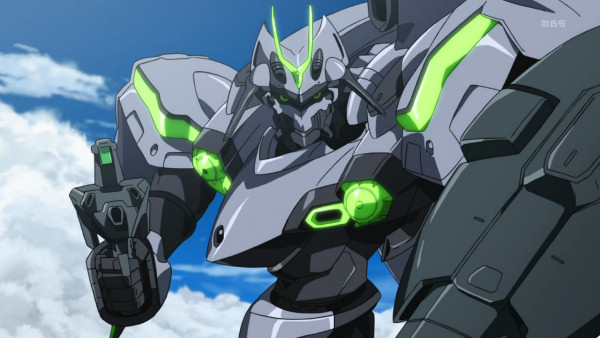 As one might suspect the designs and animation is spectacular. The characters are look great and are extremely well animated (in both sense). The IFOs (they refer to them as Intelligent Flying Objects in Ao's world) and support craft look great and for the most part CGI elements blend well with the cel animation. The show's directors wanted a more militaristic look to the mechanics in Ao which is evident but not unwelcome. We've already seen a fair amount of team and enemy based tactics. It's great to see considering how often simple tactics are overlooked or otherwise completely overblown to the point of confusion many mecha series.

The overarching series plot hasn't started quite yet but we've already been given some incredibly strong world and culture building moments. Nations and their geopolitical policies, including China, Japan, and America have been noted. The story starts on the contested island of Iwato Jima and see see Ao, a foreigner to the land, having to deal with Japanese xenophobia. 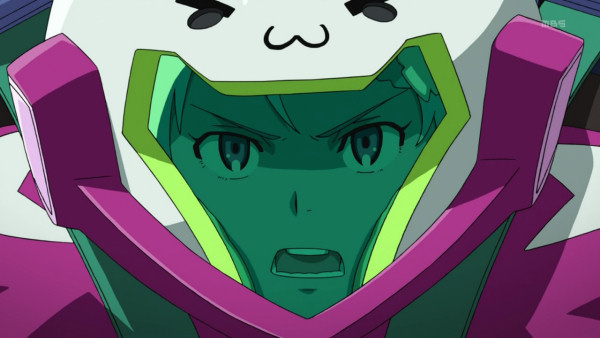 AO being a direct sequel to Eureka Seven many might be surprising to many considering the world this series takes place in is completely different than we saw in Seven. Instead we're back in modern times, sometime around 2025, where the world is a mix of what we see now with Eureka Seven tech elements such as the IFOs and trapar based flying devices. You may remember at the end of Eureka Seven where half of the Scub Coral left for a different world, another shot at learning to communicate with humanity. We're likely seeing that universe now. Earth as it was when the Scub Coral first made contact ten thousand years ago in the E7 timeline and the Scub Coral are trying to co-exist in a new (if just as confusing) way. Ao is like to be an interesting key in that development as the series progresses.

When it comes down to it, Eureka Seven AO is a must watch series this season, especially if you enjoyed Eureka Seven. This quick review barely scratches the surface of all the great things to happen in the first 5 episodes of the series. Even if you haven't seen the original series I think you'll be able to pick this up without missing much. Though, if you haven't seen Eureka Seven yet you should get to it. Immediately.