I'm getting tired of having my videos handicapped by overzealous IP holders and foreign licensors. I just want to do anime review videos, not show entire episodes or movies. Can't these greedy corporate cocksuckers give me a fucking break? I had to edit this video a bunch of times, if you can't notice. It boils my blood.

You know, I've been real down about my videos lately, and doing a short video on something I'm not particularly passionate about doesn't help. But it did give me an opportunity to reflect on my slight evolution in reviewing. An evolution in that, instead of just summarizing everything that happens in an anime, beat by beat, and occasionally making snide side comments, I've taken to doing more generalized summaries with a bit more of an emphasis on characters, atmosphere, themes, and the like. In other words, I generally actually *review* anime now.

It still bums me out nobody cares, though. 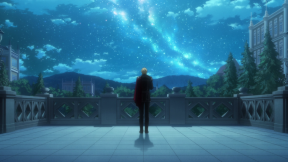 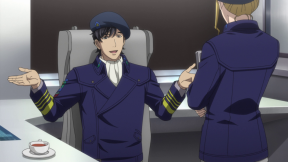 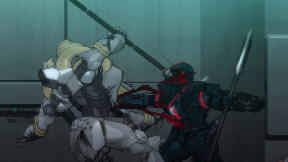 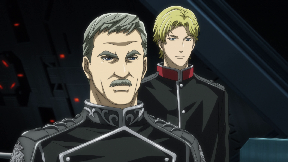 I'm not having as much fun making anime review videos as I used to. A lot of it is because my videos keep getting blocked on YouTube. As soon as I start getting some views, bam, I have to start all over again. Maybe you can't see it, but I put a lot of effort into these videos and it's heartbreaking to do have to keep re-editing them for YT standards. If things keep up like this, I'm seriously considering quitting and sticking to written reviews. Not that anybody reads them.

Legend of the Galactic Heroes: Die Neue These Episode 34 Review 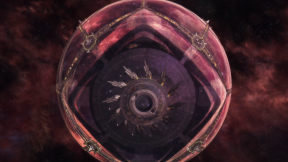 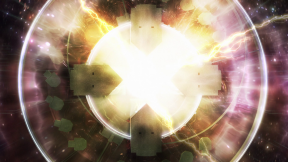 Synopsis: Iserlohn and Geiersburg exchange main weapon fire, damaging both fortresses. In charge until Yang returns, Caselnes wants to concentrate on purely defensive measures. The fighter craft are sent out and engage in space dogfights, but it appears to be a feint so that Mueller can circle around Iserlohn and deploy explosive charges that damage Iserlohn's gun batteries. Empire troops penetrate Iserlohn in landing crafts, only to meet the Rosen Ritter.

Legend of the Galactic Heroes: Die Neue These Episode 33 Review 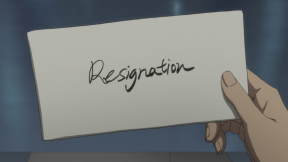 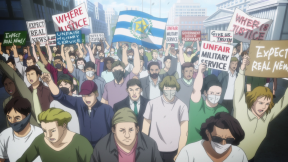 Synopsis: The Iserlohn garrison braces for a battle against Geiersburg Fortress, hoping they can summon Yang Wenli back in time. On Heinessen, Frederica Greenhill attempts to get Yang help from Admiral Bewcock and Joan Lebello. At the inquiry, Yang continues to deflect the questions and demands of those gathered to persecute him. However, before he can tender his resignation, word is handed down about the Empire's invasion of the Iserlohn Corridor and Yang reluctantly agrees to repel the enemy.

I'm happy to review my favorite Lupin III TV special, Episode 0: First Contact. Actually, it's one of my favorite Lupin features period, and one of my favorite anime movies. It's got everything I'm looking for in a Lupin feature: a great heist, excellent character balance, spot-on action and comic beats, a living atmosphere, good tone, and enjoyable music. It's a blast from start to finish, hitting all the right emotional notes. Fortunately, Discotek recently had this dubbed into English and put on Blu-Ray. I jumped at the chance to do a video on this.