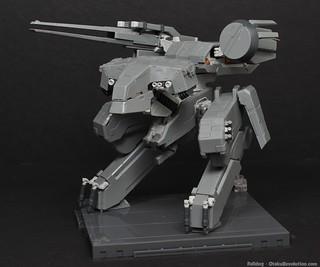 I'm a bit late to the party but nonetheless decided that Kotobukiya's Metal Gear REX needed a proper review. Just released toward the end of December this 1/100 scale kit retails for $87. It's smaller than I thought it would be for that price tag, coming in at about 7-8 inches tall. It's also incredibly smaller than Three A's 1/48 scale release but a much better prospect for many considering Three A REXs retailed for $470 (most on eBay are now going for $700-800).

It's been awhile since I've built a Kotobukiya kit and this is the first time I've been impressed. While my old gripe about bits and pieces falling apart still comes through here and there, REX is one well engineered kit. Perhaps what I was most impressed about was how well seam lines are hidden. Very few pieces have seams running right down the center and they're generally mid joint components that aren't that visible and would be incredibly easy to clean up. Everything else is a matter of "This goes here, this goes there, oh crap it's a leg!"

Poseability is pretty strong as well. The head has far stronger a range of motion than I anticipated (almost 360°) and the legs are capable of going in any number of positions that wouldn't support the kit's awkward center of gravity. With the leg's support legs (for lack of a better term) down REX has no issues standing firm. Otherwise it comes with a base and support stand. The rail gun also has a good range of motion while the radome can only swing in and out. 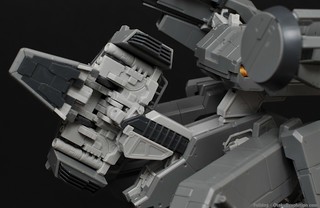 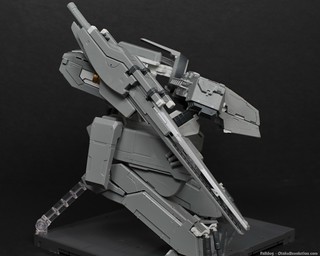 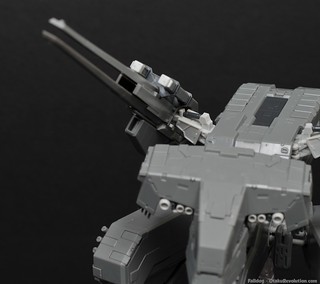 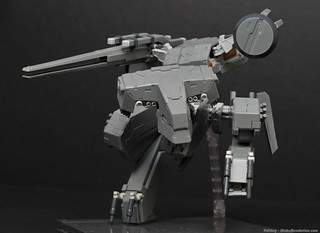 Some of you may remember me ranting about my Koto Frame Farms constantly falling apart. Though improved that still's an issue with a few parts on REX. Most annoyingly is are the support claws (again, for lack of a better term) on the front legs. For whatever reason the ones on the right sit tight but the left ones are considerably more loose and fall off constantly. This also happens, though to a lesser extent, with the the armor components that come off the upper thigh. There's a ball joint on the piece itself which generally holds but the ball joint itself is a block that plugs into the leg. It's looser so you're like to pop it off a few times while trying to pose REX. 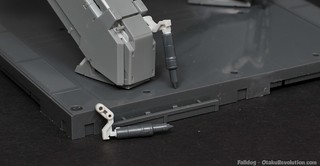 One other issue I have is with the mid leg piece. It's supposed to go up and down just a little bit if you wanted to place REX flat. Thanks to a strong polly cap joint it can do that just fine. Unfortunately once it's contracted there's no leverage with which to pull it out. I had to reach in there with some angled tweezers. Not a big deal not but when after paint I run the risk of scratching.

While mostly no frills there are some nifty gimmicks like opening missile pod doors. The cockpit also opens up to reveal a little Liquid Snake, who'll you have to paint. In addition to Liquid, REX comes with Solid Snake holding a Stinger missile launcher (to face down REX) and two Gray Fox figures. REX does come with three painted areas; blue sensor eyes on the front and side of the cockpit. Unless I completely missed something this kit doesn't come with decals or stickers. 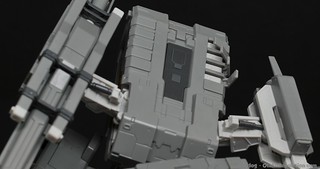 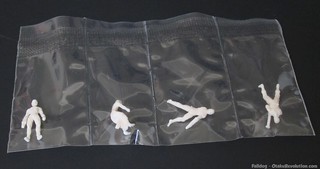 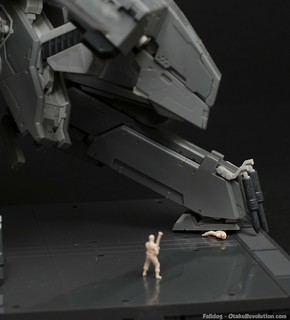 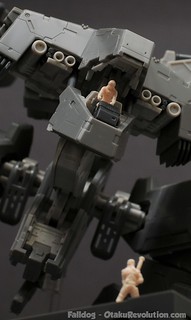 For those used to working with Bandai's Gunpla series, jumping over to this kit will provide some stark contrasts between the two companies. What makes Koto's REX stand out against your average gunpla is the use of T and L shaped joints. These help ensure proper piece placement such that everything precisely matches up with the design they've planned out.

An unfortunate negative is that Koto uses stiffer/more brittle plastic than Bandai. This means that the guide features quite a few "careful, don't break this piece" alerts. More importantly for moderate builders it that you're a lot more likely to get compression marks when nipping pieces from the runner. Even when using the double snip method. This means you should either plan on going to town with a hobby knife or giving the kit a full paint job. 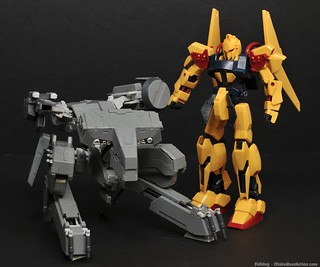 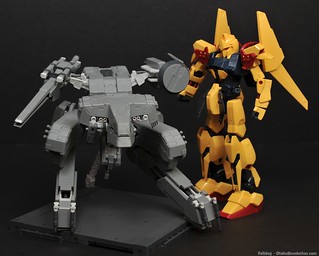 REX comes in three shades of gray along with some gold and clear accent pieces. Not bad looking but a bit darker than the promotional images and how she looks in game. That said there's a ton of external details and the kit is full of fantastic paint opportunities. Between the design and Koto's solid engineering, painting this kit should be an easy task though the adventurous will try and replicate the promotional green camo markings. 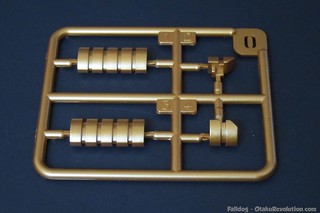 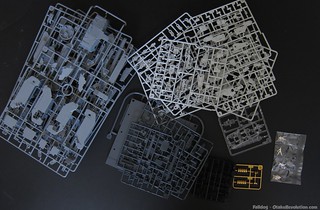 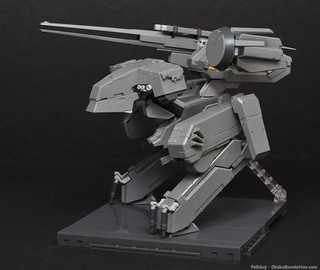 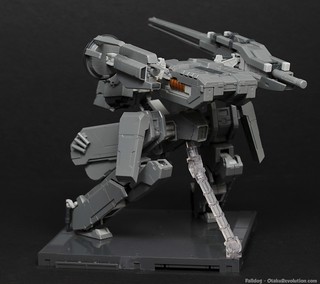 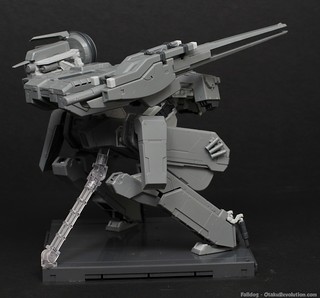 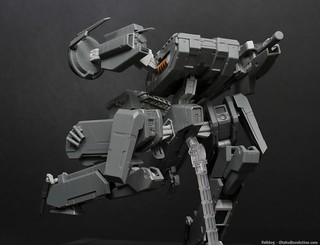 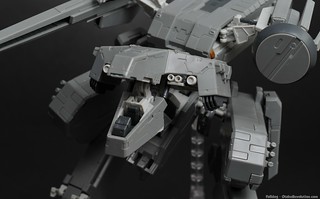 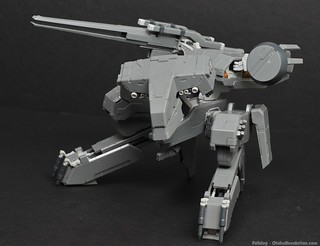 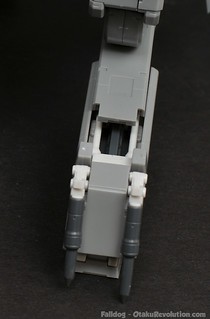 Kotobukiya's REX is great for any modeler who's a fan of Metal Gear Solid. Do in part to the moderate difficulty and painting recommendation I don't recommend this as a kit for beginners.