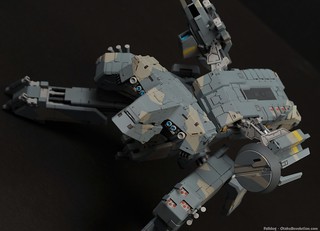 After about two weeks of painting and delays my Metal Gear REX from Kotobukiya is finally finished. It was certainly a nice change of pace from working on Gunpla and I'm really glad how things turned out. REX really is a fine kit and I feel like I treated him well. For those interested in a full review of the kit, or to see the before photos, click here.

When it came to the colours I wanted to go with something realistic and fitting for REX but outside the normal gray & green. I started with four types of Tamiya grey. The blueish tone of one I didn't fully realize until after I did some painting. At first it looked a bit bright but after lining and top coat it calmed down and thing looks great. The full list is XF-20 Medium Gray for the camouflage pattern, XF-66 Light Gray for the colour, XF-19 Sky Gray for the lighter parts of the inner frame, and XF-63 German Gray for the dark parts of the frame. For the details I used some X-11 Chrome Silver and X-12 Gold Leaf. A bit of red was used for the launchers and the yellow lines are a random mixture of yellow and gray. The lenses were coloured with Tamiya's TS-72 Clear Blue spray can but backed with silver to give them that reflective nature.

I have photo samples of all the colours by themselves for the reference guide but haven't gotten a chance to post them yet.

The camouflage pattern was done using painters tape and a hobby knife (tutorial more here). At first I was worried that I was going to have to put the whole kit back together so I could get the pattern right and not over do it. However, much to my benefit, Kotobukiya closed out the instruction guide with a two page spread featuring their painted model photographed from pretty much every angle. Using that I as a template I copied where their pattern on individual pieces (and combined pieces where necessary). The intent was always to try and match the camo scheme but it's pretty cool that being able to come up with something so similar but just a little bit different.

I lined the kit with a Micron pen, for the first time using brown. I allowed things to smudge and get messy to give REX a subtle messy and weathered look. I didn't want to get too crazy with it and made it look like some odd mixture between MGS and MGS4.

Unfortunately I can't seem to find the Liquid, Solid and Gray Fox figures so I'll have to return to those sometime later if they ever turn up. 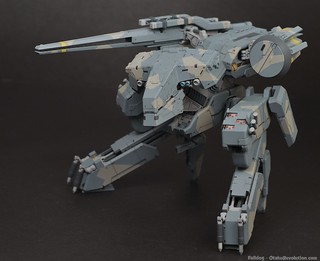 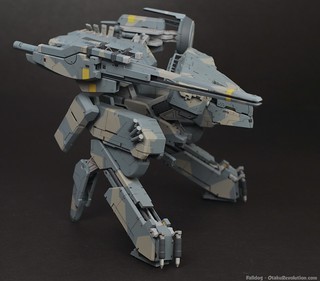 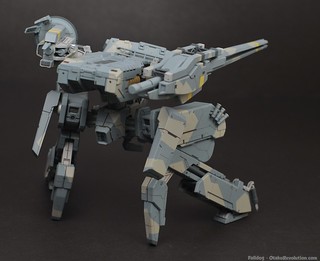 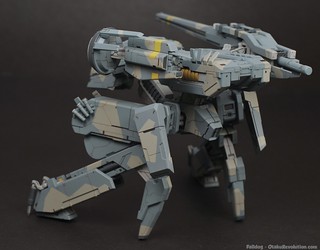 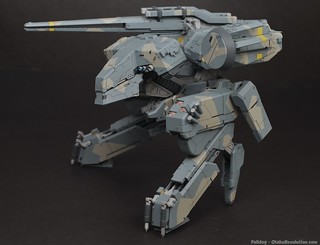 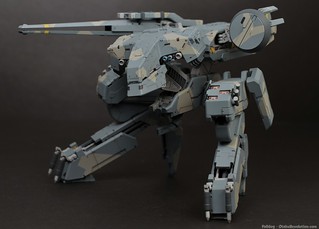 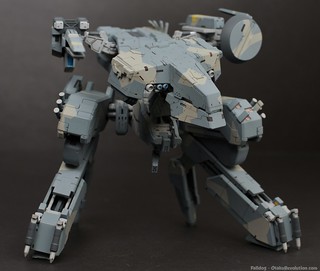 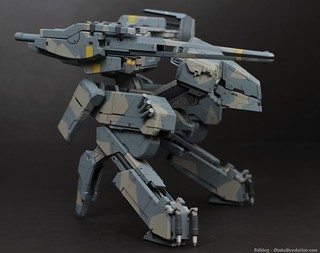 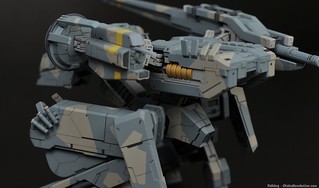 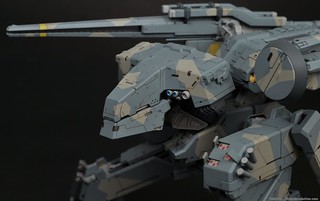 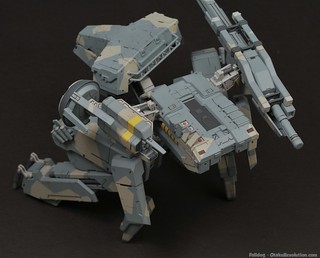