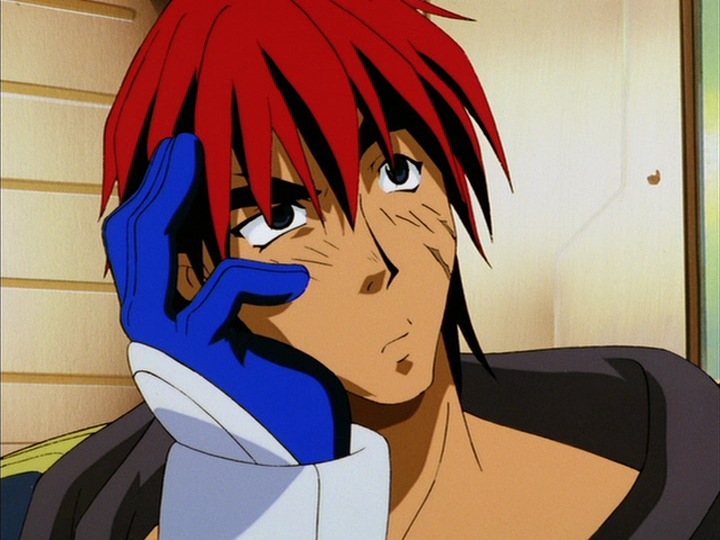 Although you have seen in previous episodes Gene and Jim butting heads, here it becomes even more pronounced and more detailed. Even in exile, the growth of Starwind and Hawking Enterprises is an ongoing project for its two titular owners. However, their disposition when it comes to unexpected conflict extends even to business expansion. Thus, we actually see Jim being legit infuriated at Gene’s lackadaisical approach to maintaining a business for a longer period of time instead of his usual, “Aw c’mon, Gene!” moments in the middle of a shitstorm. Gene is a regular proto-Space Dandy here sans the inclination to Boobies and lacking a pompadour, wanting to ride things out like they are a current. One might think he’s being TOO lazy, but the main action sequence in this episode (in a way that inspired the article title above) is all his work, and shows he does care… but he just wants to do it his way.

Other than that, aside from the amusing twist ending of that arc thanks to Suzuka, there is not really anything else to say. It’s not BAD, but it’s not too great either. Only big things to note is how I’m almost to that drop off point, when the show decides to plant the seeds of the next conflict: The Space Race. I always remember the Space Race, but I forgot Gene‘s interest in was not so much another cash prize, but because the McDougals reared their ugly head again.

And I don’t even remember the results of that Space Race, so ALMOST… we’re almost going to address this dark chapter of my life, and I don’t think this episode helped in any way in that regard.

I better get ready.