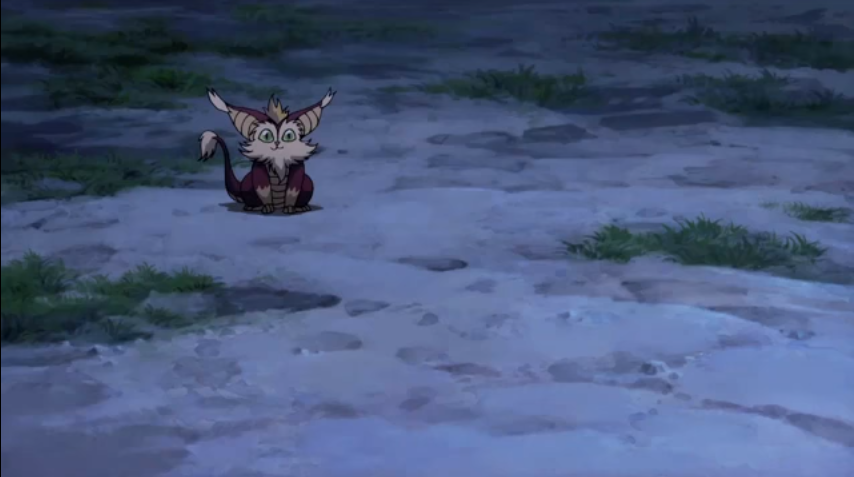 The article title for this week's watchthrough is not meant to be a disparagement towards the series, nor an implication it gets TOO sentimental. In fact... the introduction of further feeling into the show is welcome in ways I could not imagine back in the day.

So with this block of episodes, I'm halfway through the series, and I am beginning to see it invest more into the characters. Just at the start of this batch of episodes (“Sight Beyond Sight”), it begins with a race between Lion-O and Tygra, acting like rival brothers for once, which cascades into a group race between all ThunderCats to the main plot of the episode (and this further arc): one of the Stones of power seen in the episode “Legacy”. It is at their destination we meet another set of species seen in “Legacy”: The Elephants. Like the industrious Berbils or the adventurous Petalars, the Elephants imbue their own unique charm to Third Earth: what with their Buddhism-inspired motif, and their penchant to be forgetful alongside being wise.

Again, I like this eased-up atmosphere of the show, since it allows the ThunderCats to not be TOO super serial with one another and to other characters of the world. The highlight encapsulating this feeling is found in this scene, where Aburn, one the Elephants, joins in with Wileykit's melancholic lullaby and imbues it with the whimsy that should elevate a series with already heavy themes. Comedy does not always have to be the go to to lighten the mood, it can be moments like this one.

And boy does the mood need to lighten at times, since Lion-O is going through his own arc in using the Sword of Omens to find the one of the stones. It's a nice enough arc to be sure where Lion-O makes some noble, misguided, mistakes in order to find out why he is not getting the visions he needs. I say arc, because even after their little adventure with the Elephants (which involved rock monsters and wasps), when he FINDS where the stone is, but it's not there, then comes the JRPG-esque diversion where he needs to go elsewhere to find out how to find the stone. The fun diversion that is “The Forest of Magi Oar” helps to expand Lion-O's horizons and shows some more exceptional characters on Third Earth whether it is the paper-flinging Wood Forgers or their bird monster 'nemesis', Viragor. Sure it pads out the series a bit (and in hindsight it kindof hurts since people didn't know back then the show would be canceled), but it was fun and Lion-O gets to be resourceful in surprising ways.

Then even more fun is to be had when love gets thrown into the equation. If you thought the friendly race between Lion-O and Tygra was the end of their rivalry in this arc, you are mistaken. Throughout the following episodes after this one, they become quite open in vying for Cheetara's affection to the point it gets kinda freaky awkward. Within an episode (“Into the Astral Plane”) they say things to one another and to themselves at a volume Cheetara can hear, but she remains blissfully unaware of their plight. One would think she would chime in with a Jasmine-esque “I am not a prize to be won!”, but it does not happen. It is not a negative detriment at all thankfully, since the show fills up the rest with flashbacks establishing Tygra's infatuation with Cheetara and his complicated sibling history with Lion-O (“Between Brothers”). It is a welcome fleshing out of two characters I was still unsure about before watching the episodes that pays off with a nice cliffhanger at the end of “Between Brothers”, a great battle and character development episode where everycat gets to shine.

...Yet at the same time, I'm beginning to hurt, since now it is getting to the point where I am invested in the characters and the world, but know everything will end, and as of yet there has been nothing done to fix it. Nevertheless... I will endure.