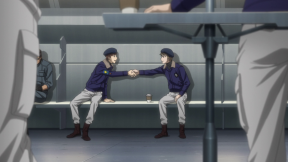 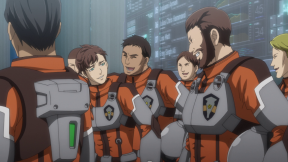 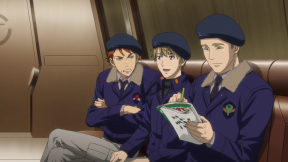 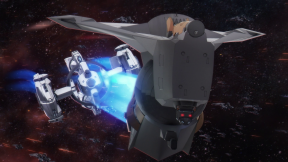 It's great to see Legend of the Galactic Heroes back. We haven't had an episode of Die Neue These since the end of 2019. This is my most anticipated anime of 2022, so I hope it doesn't disappoint. I wonder if they still intend for this to be a double-cour season and have 24 episodes. That would certainly help cover books 3 and 4.

Speaking of the books, this initial episode is a pretty faithful adaptation of the first chapter of volume 3, albeit with a few scenes added or subtracted here and there. Notably, there's a scene with my favorite LoGH character, Olivier Poplin, and his wingman Ivan Konev, as well as an extra character named Peter Reamer (lol) who I swear was put there to die and show how dangerous battle is but managed to survive anyway. I doubt we'll be seeing him again, though.

In terms of the main plot of the books/show, not a lot happens in the episode, and it's mostly to show the perspective of the fighter pilots aboard the ships that fight in these battles. Specifically, the people who pilot the Spartanian craft that zip around in space with such agility. Now a committed soldier of the Free Planets Alliance's military, Yang Wenli's ward, Julian Mintz, is one such person. The fighting is intense and deadly and many of the pilots are also rookies who don't make it back. Julian has a bit of talent and a lot of luck. Then again, perhaps luck is a talent (as Isamu Dyson in Macross Plus would argue).

Whatever the case, Julian did particularly well in his first battle. He shot down three Walküre craft and one cruiser ship. That's even a little unrealistic. But it was still cool seeing it. You don't get a lot of intense fighter-to-fighter combat in LoGH, so it's a delightful change of pace. You can really feel just how fast and fierce it all is here in DNT, where it seemed slower and less connected to the viewer in the OVA (but compelling nevertheless).

We didn't get much of the Empire in this episode. A few reactions from the bridges of imperial ships, but no really important characters. Reinhard was entirely absent. The Empire was obviously just testing the meddle of the Iserlohn garrison as a precursor to something bigger.

Next time, it looks like we'll be dealing with the pasts of Oskar von Reuenthal and Wolfgang Mittermeyer. Maybe we'll even get the bit with Oberstein and his dog. 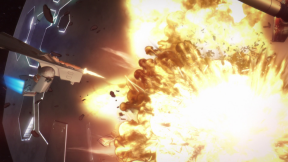 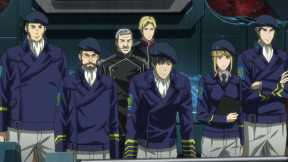