Messing around with Gunpla and Coloured Lights

About a week ago I saw this image refereced on Reddit and figured it might be fun to try out a few of those setups on some of my kits starting with the coloured backlighting all the way at the end.

A few weeks ago I redid my photo area, opting for a gray surface in front of black muslin. This created a gap between the table and the backdrop which allows me to throw in a bit of backlighting. I got myself an inexpensive colour changing LED bulb, placed it behind the table, and started taking photos. 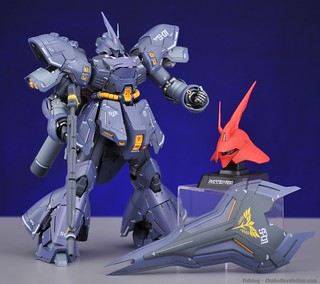 This is the shot I had imagined from the start, my MG Sazabi ver. Ka with a blue backlighting with the regular white lighting up front. Next up I tried to take the same shot with red backlighting but the red wasn't strong enough against the muslin while the front lighting was still up. Turn off the front lights and you get the following: 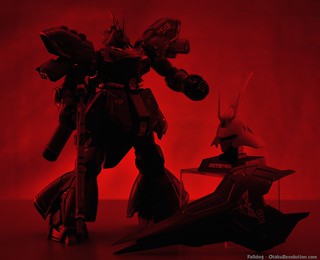 At this point I realized the muslin wasn't really as flat as I might have liked but I was having too much fun to tear down and worry about it. 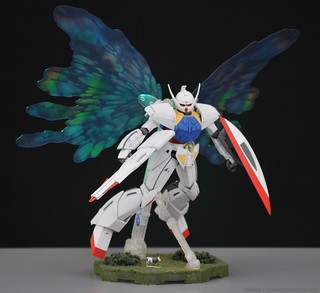 A bit of back lighting was enough to brighten up the Turn-A's Moonlight Butterfly effect pieces without effecting the over all colour or look of the photo. Limiting the other lighting on the kit makes the wings pop out more. 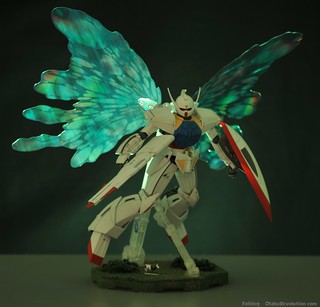 I gave my One Week PG Unicorn build some back lighting as well, only realizing afterward that the pose had settled in a very wonky position when I reviewed the images. Not that I had given it too much effort in the first place. :) 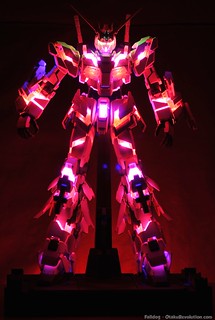 I also tried a bit of coloured lighting from the front as well to see how it'd work with the LED psycho frame. I think a bit of front colour might work in promo/speciality photos of other kits. Not much use in every-day photos as it alters the colours of the kit. 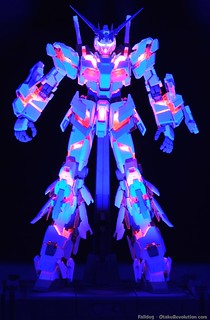 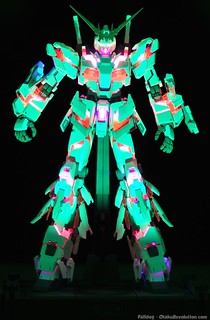 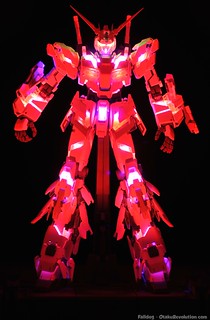 Last but not least, while wondering what else I could photograph without the headache of moving a bunch if kits around, I grabbed my HG Neo Zeong to see if I could illuminate the Psycho Shard effect pieces. 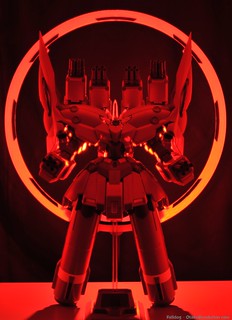 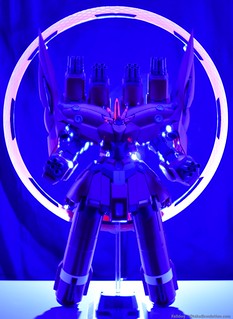 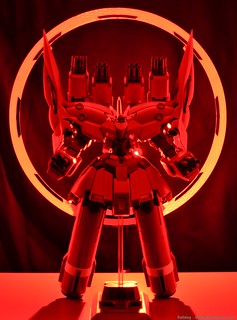 Overall the session turned out well. A better backdrop would go a long way to improving the photos and changing the placement of the light could create some more interesting effects.