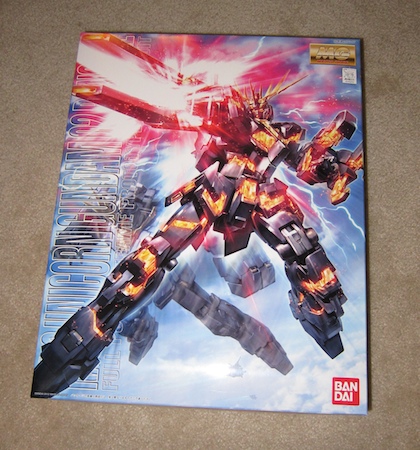 I just wanted to take a quick minute to share my early impressions of the latest member of my MG Gundam Unicorn collection, the Master Grade Banshee. P.S. Be forewarned, it's incredibly late after a long day at work and this article is probably full of incoherent sentences and half finished thoughts.

The kit itself appears to have been built off the MG Unicorn OVA version kit. I have to dive into it a bit more but it looks like it has the shorter leg pieces (to facilitate a tad more poseability) and the non-vulcan head (though the head pieces are different, apparently to facilitate the Banshee's antlers.

The armor colour is technically a really deep blue, as dark as you could get without being black. Much to my dismay the psycho frame is actually orange, not yellow, as I had originally thought. While this makes sense, it matches the Banshee which awaits us in the next OVA release, it messes up my plans for the kit. 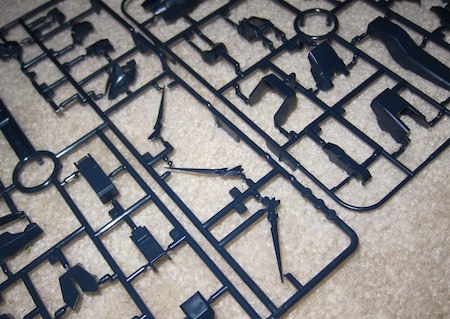 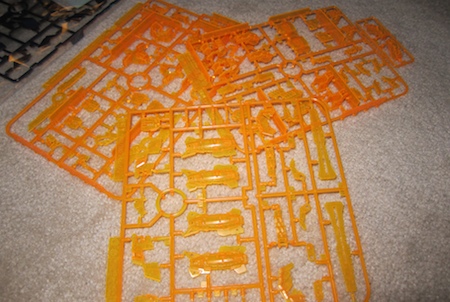 The golden parts of the kit (antlers, chest trim) are molded in a really ugly sorta-gold-but-more-orange metalic plastic. The same terrible type of metalic seen on the OVA's blue parts. 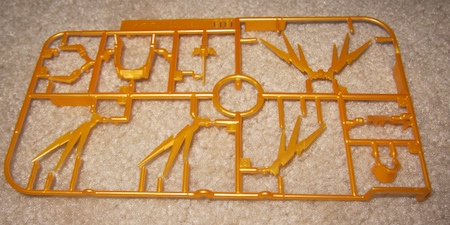 While there's a lot of reused molding from the MG Unicorn Gundam there are a few key differences outside of colour. Most importantly are the different weapons. The MG Banshee does not include a bazooka or beam magnum rifle. Instead there's the weird claw and big laser canon (sorry, don't know the proper terms). Several internal and detail parts are now part of the orange psycho frame. It appears that all of the old pieces are still included with the kit, as part of the reused runner molds. Bandai just placed their standard X over the non-used ones in the manual. As best I can tell all of the piece for the shield are included (yay!) but Bandai didn't even bother including instructions and just X'ed them all out. Seems wasteful, but it's great for those of use who want to do something unique with the kit. 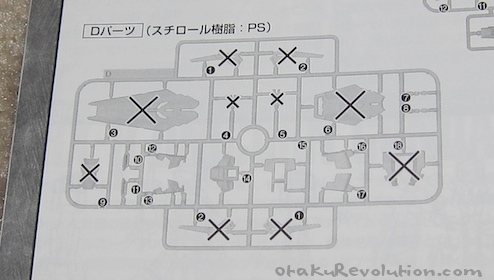 A few more pictures from the manual... 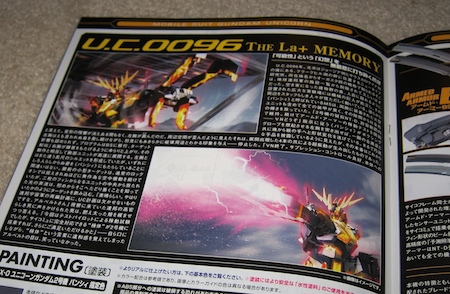 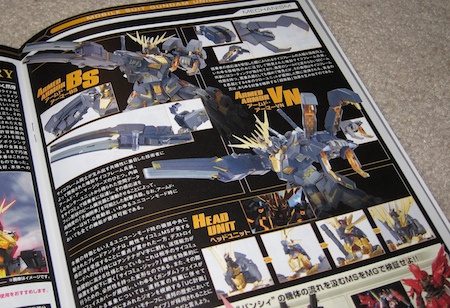 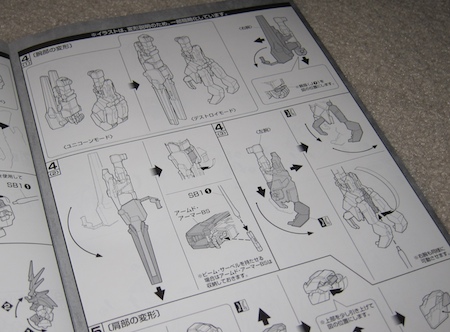 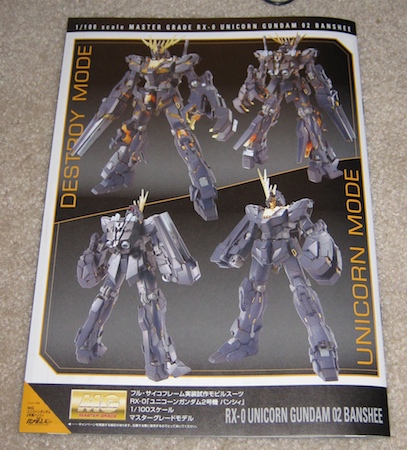 I hope to get this kit built and reviewed sometime over the next few days. If you have any questions until then about this kit please let me know, I'd be happy to answer them for ya.