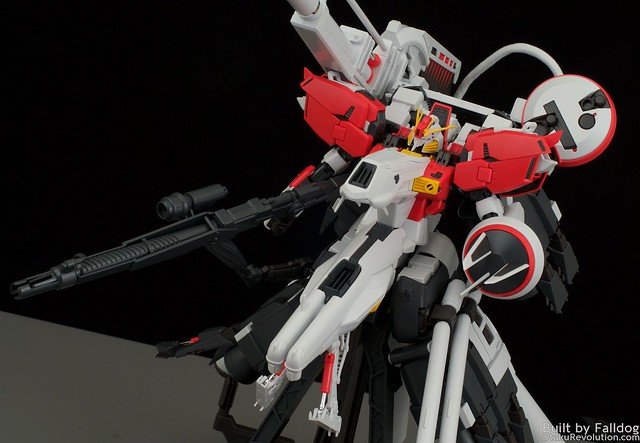 Okay, let’s get this out of the way first. Should you buy the MG Deep Striker? If you have to ask then no, this kit is not for you.

This kit is purely for fans of the design/Gundam Sentinel. It has zero effective articulation. No gimmicks (the pointless shoulder expansion doesn't count). Its size means most will never see the inside of a display cabinet. To top it off, it’s more expensive than many Perfect Grade kits. Why Bandai expected anyone to buy this kit is beyond me. Yes, I have one because I’m a Gunpla-holic, and a fan of the design, but I’m an outlier. When you think about all the kits that should’ve gotten a proper MG release before the Deep Striker, this decision is downright absurd.

This is not to say that the MG Deep Striker is a bad kit. Nope, it’s extremely average. For the most part everything is pretty standard MG fare. Some smart colour separation here and there (namely the sets of 5 dots built into the left pods and forward chest piece or the vertical fins on the rifle’s heat exchanger), some ‘wait, I need a sticker for that?’ (namely the green bits on the forward crotch piece and some much needed red on the rifle).

For fans of subtle contrast like me, the inner frame of the boosters and the outer are two different shades of gray, making for some interesting pop through details. It’ll all look better painted, along with the rest of the kit, as there tons of little details all over the kit. There are also some obvious seam lines on the various large pods and rifle, but again, that’s to be expected from a MG kit.

There’s something going on with the end of the big rifle that throws off the look. I think it’s a combination of two things. The first is that the very end seems to taper a bit. It’s pretty much a straight tube until the last chrome ring, afterward it seems to narrow up ever so slightly. There’s also a very subtle dip in the very end. When you put the rifle together, the end bit isn’t locked in a specific direction. On my kit the dip happens to be pointing downward. On Dalong’s review, his kit’s angle is slightly upward. The runner had an obvious warp but at the time there was no visible issue with the pieces themselves. The net result of these two things is a slight angle in the barrel that you sort of see out of the corner of your eye, like an optical illusion.

The Deep Striker also heralds the return of two MG features I haven’t seen in awhile, chrome parts and screws. The chrome parts, obviously showing nub marks, are cleverly engineered so those nub marks are hidden away. The screws, for the first time ever, don’t completely strip at the first sign of a Philips head. On a side note, I remembered Bandai always giving an extra screw of each size with builds. The MG Deep Striker comes with exactly the number you need, so don’t lose any! 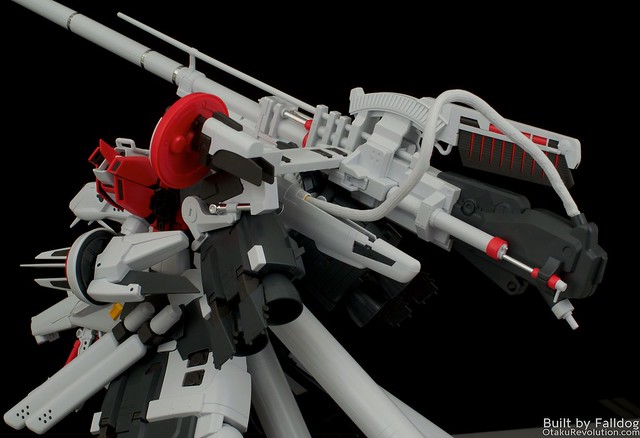 Probably the worst part of this kit is, what I’ve coined, the shoe lace. There’s a power cord reaching from rear of the kit to the rear of the big gun. Inside is a nice copper wire so you can can shape it. On the outside, however, is a cotton cover that’s essentially a shoelace. It looks absolutely horrible. If I get around to painting this kit then the first thing I’m going to do is find a replacement cord. They should’ve just gone with a thick plastic cord, or the paracord type stuff they used on the old MG Kampfer. It’s a complete cheap out.

You can also see cheapness in how kit was engineered from S/Ex-S runners. Not only are a lot reused (can’t take points off for that though), but there are a lot of leftover pieces. They even reused the instruction manual directions for the rifle. Where every other aspect of the guide is in that shaded grayscale, the rifle is old the old school line work seen in both the S/Ex-S guides.

At the very least they did update the main boosters, giving them the ability to articulate and fold out. Unfortunately they’re locked into position on the legs (side note - I wish the kit could be angled forward a bit more like a lot of the art work) with some curvy, completely undetailed, pieces I’m not a fan of. I have half a mind to buy another Deep Striker just to put the updated boosters on a Ex-S kit as they would make a nice upgrade. 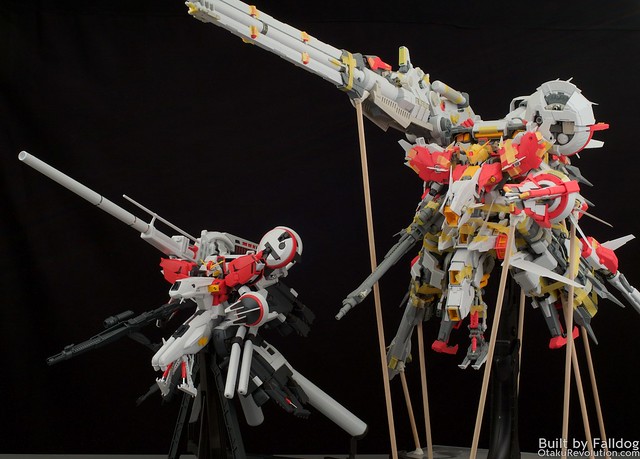 Now it’s time to compare Bandai’s MG Deep Striker to the elephant in the room, the Mechanicore Tief Stürmer/Deep Striker. For starters, it’s unlikely that Bandai’s version would exist without Mechanicore beating them to the punch. Where Bandai’s is faithful to the original design, Mechanicore said ‘fuck that’ and gave us a Deep Striker on steroids. You put them side by side and the contrast literally made me laugh out loud. Probably the best part is that I was able to put together Bandai’s kit in 2-3 days. The Tief Stürmer, on the other hand, took over a month and a small village worth of child sacrifices to get put together. Even then it’s still held together by tape since none of it has been glued. I can move the MG around without having to worry at all. Please, Mechanicore, forget all the bad things I said about you and make a Hummingbird kit… if only so Bandai will make one a year later…

Anyhow, here are a few more photos. Note that I didn't apply any stickers or lenses which would be a pain to remove. 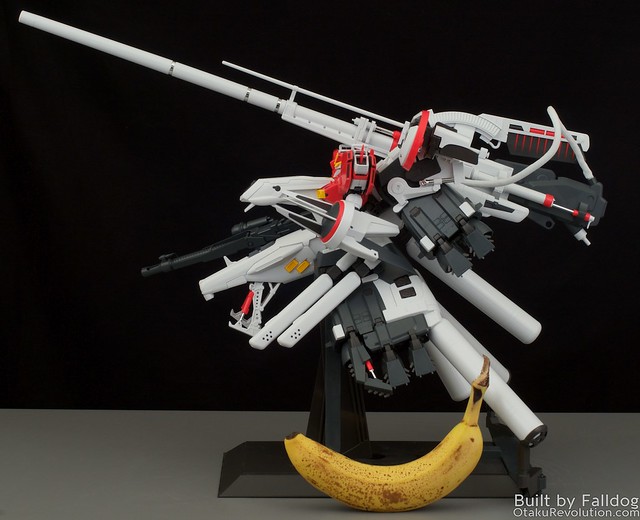 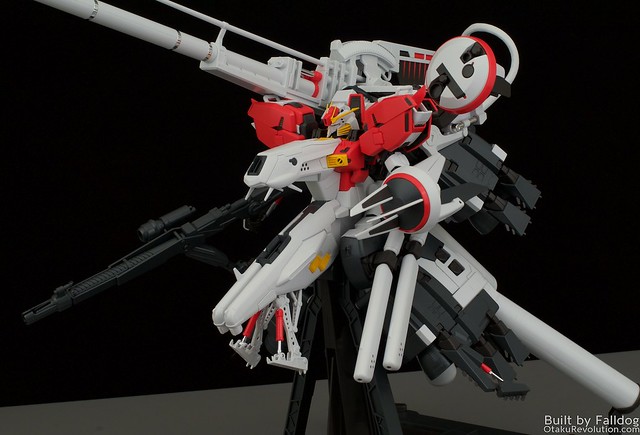 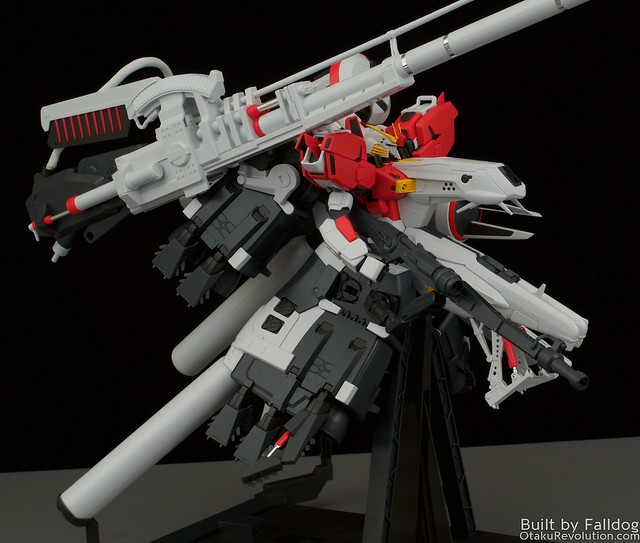 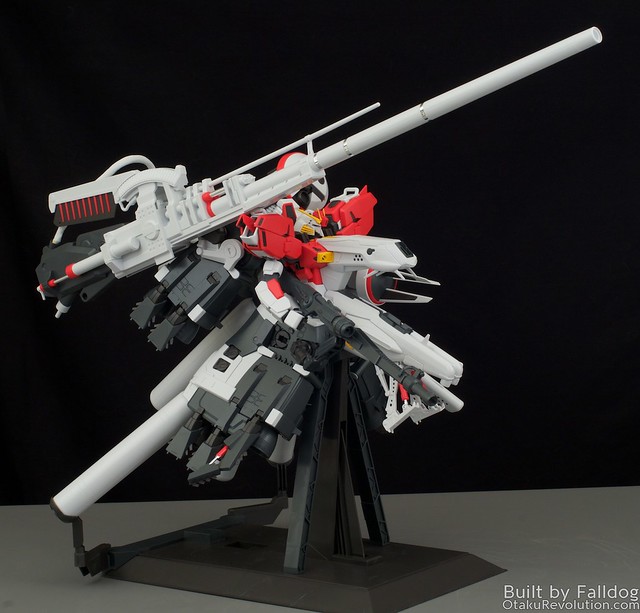 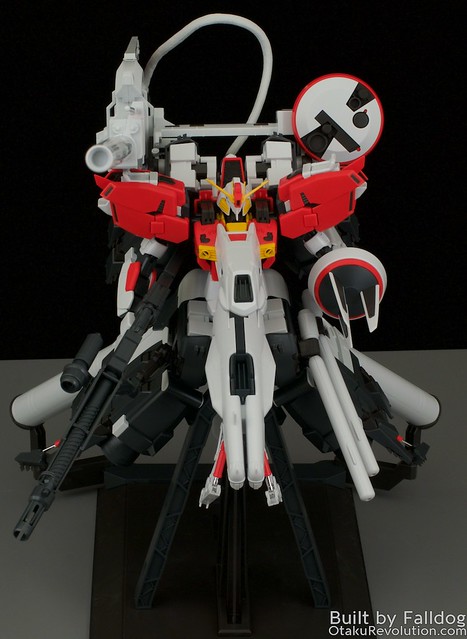 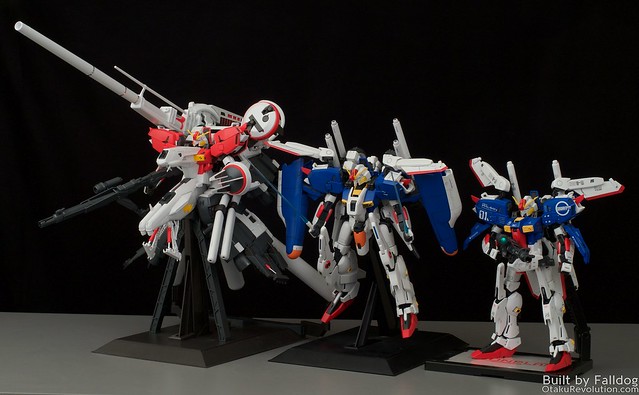