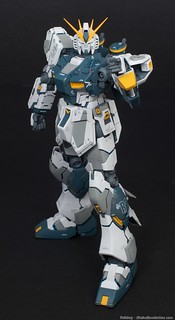 Yay, another project complete! As usual, a bunch of text on the build here, all the fun photos after. Jump down if you're wise enough to skip my yammering.

So, aside from some issues here and there, the Nu ver. Ka is an amazing kit. Fantastic design, strong engineering, and a transformation gimmick that doesn't impact the kit's general functionality. One of the things that bugs me the most is the new hands. Woe is me that Bandai is going to be rolling them out full force. They're too fragile and I've lost a few finger tips. I miss the hands that came with the Sinanju ver. Ka.

For this kit I mostly used what I had laying around. The main blue is Tamiya's Medium Blue (XF-18) while the off blue is leftover mixture from my Semovente tank. The yellow is Tamiya Camel Yellow (TS-34) which didn't make much of a difference as it's pretty much an exact match to the original plastic colour. There are three to four different colours of gray on the kit, Dark Sea Grey (XF-54), Sky Grey (XF-19), and I think Medium Sea Gray 2 (AS-32 ). Plus Krylon gray primer for the frame. Some of the subtle differences in the gray don't come through in the photos. Also, for some reason, I think the blue shows up more green on my computer than in real life or on my camera. Either my camera is on the way out (hot pixels everywhere) or Aperture is messing up the raw import. Last but not least the blue I used for the psycho frame is Tamiya Metallic Blue (X-13).

Decals are a mixture of the ones that come with the kit and a silver print of "Hi-Nu Gundam Ver.4" from Samuel Decal. Having never used water slides from Bandai I was worried how they might apply but they went on fantastically. Of course, Microsol was used on all the decals after.

This is also the first kit on which I used some flat coat via airbrush, namely Model Master's Acryl Flat. I ran into splotchy issues with Testor's Dull Cote on top of their gloss (to create a good surface for the decals) and it looked like shit. Luckily the Acryl Flat went on smoothly and did a fantastic job of cleaning things up. I will probably start using it a lot more in the future.

And now, the rest of the photos. At some point I'll be getting a shipment with the extra funnels but am undecided what do do with them. Frankly, the kit looks too clunky with 12 supports coming off and funnels everywhere. I'll likely do up another three for the back and paint the other three to go with my NUnicorn. 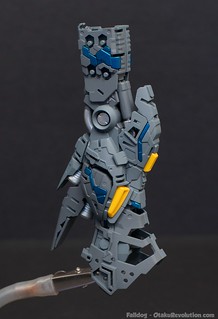 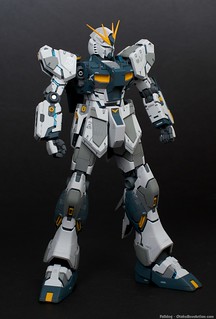 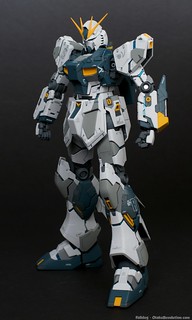 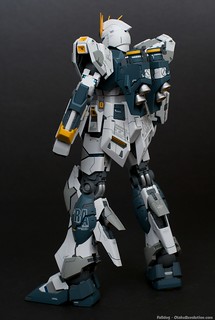 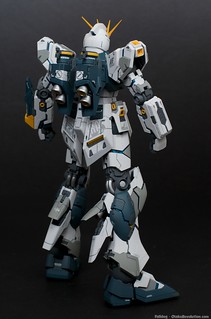 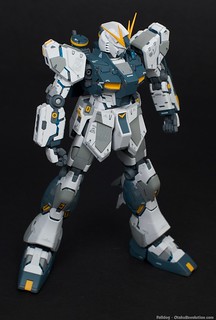 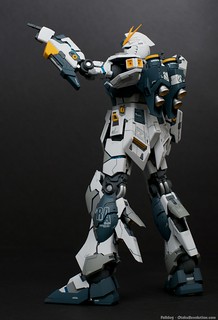 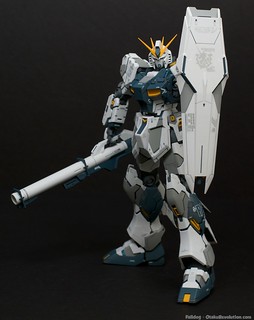 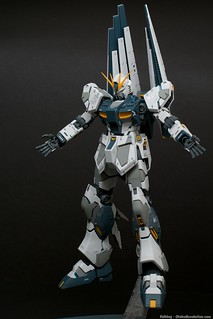 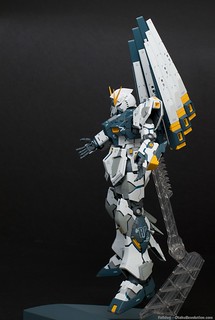 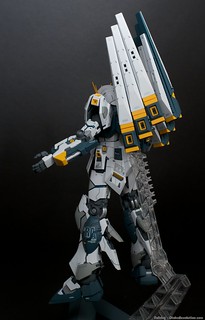 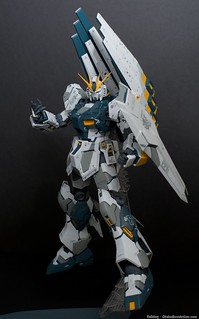 I love that the funnels can do this. Make it look like the Nu is equipped with scramjets. 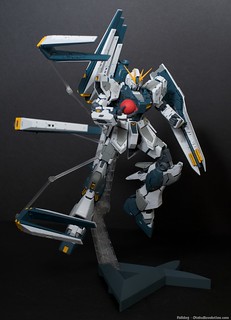 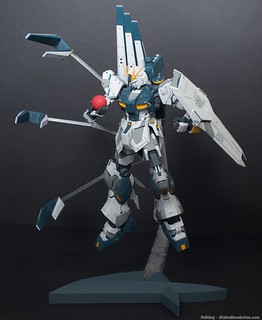 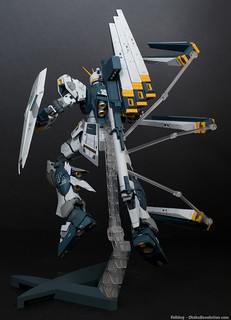 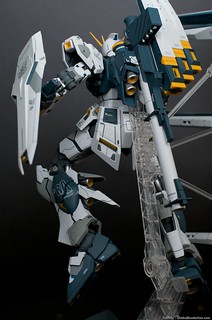 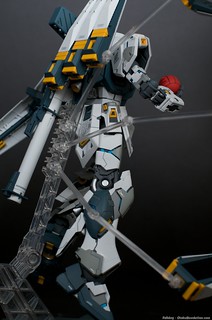 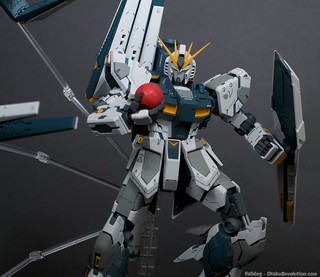 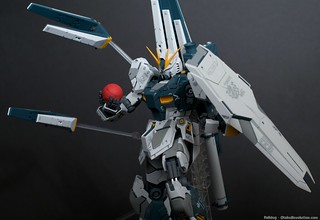