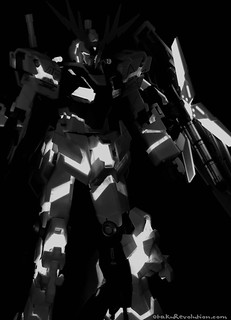 With her completion she's been officially designated the NUnicorn. A silly, yet endearing name. It's okay, because I prefer the nickname 'Noon.'

This is fouth MG Unicorn kit I've completed (one, two, three) and it's clear to see the improvements over each one. There's so many opportunities to design new schemes that I'm looking forward to painting the other two I have in my possession.

For Noon roughly 90% of the kit has been painted or at the least received a top coat. Only a few pieces of the internal frame, those not visible, remained untouched. Excluding the orange psycho frame of course. For some reason I like how it looks with the white armor and wanted to keep that aesthetic. The rest of the kit is fairly true to the Nu Gundam colour scheme aside from a few tweaks here and there. Most of the paints are Tamiya; Bright Mica Red, regular &  Matt Black, various shades of silver, and a light gray (inner shield & under some of the thruster flaps). Parts of the frame received my favorite Krylon gray primer while white primer was used as a base for Tamiya's white on the stomach/hip parts.

I hate how the psycho frame shows through the thrusters on these kits so I decided to cover them up. Kotobukiya makes various thruster kits which I picked up way back when for my stalled The O project. I took a few flat thrusters, chromed and coated in clear red, and glued them in place. They look fantastic. I'm going to have to buy a bunch more for my upcoming projects.

Decals are from Samuel Decal, one of the standard 1/100 Nu Gundam sets. The main decal for the shield must have had an issue in print because it appeared to have been touched up with paint/ink afterward. While I noticed it before I even pulled the sheet out of it's plastic I completely forgot about it during application. Everything was good until I applied Micro Sol and caused the red to run everywhere. I did what I could to clean it up by scraping away the effected areas. It's hard to tell but if you look closely you'll see some issues here and there.

Most of the issues I encountered are due to the fabulous nature of white parts. They love to trade colours with other pieces and pick up bits of dust during clear coat. Most aren't really noticeable, thankfully. The barrel of the rifle also cracked during construction, please ignore that too!

And, as always, pictures! 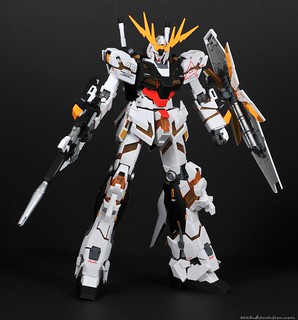 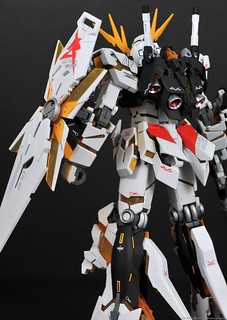 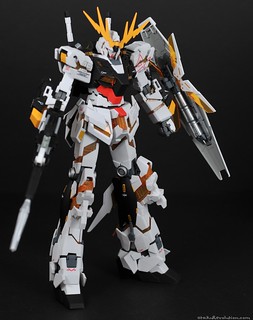 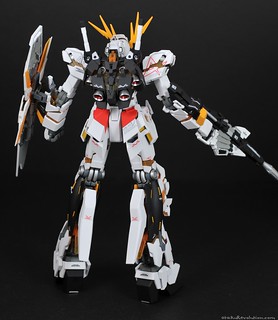 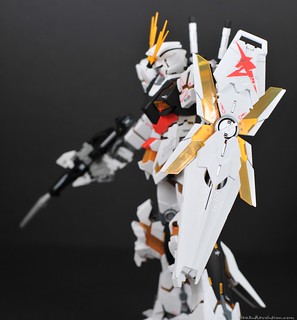 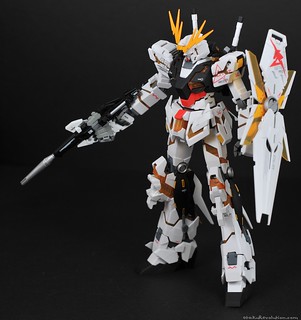 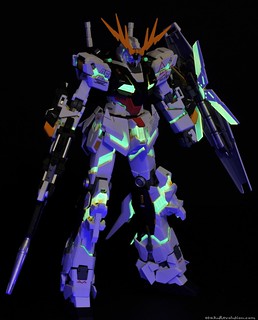 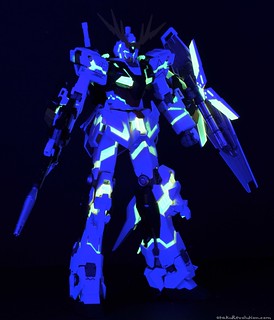