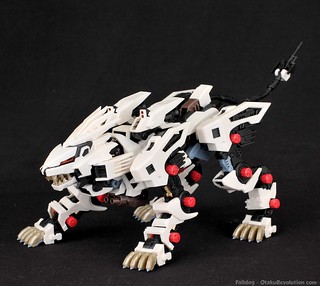 I’ve been looking to get into the HMM Zoids series for awhile now. It feels wrong to be lusting over Zoids when I still haven’t picked up any of Bandai’s Macross models. Though Macross may be the far superior franchise I can’t help but be sucked in by the nostalgia of days spent watching Zoids on Toonami. It’s a weird thing to build a model, based off a show, that was based off a toy they were trying to sell. Somewhere there’s a Japanese executive laughing like Dr. Claw. I’m sure all the Zoids fans are scoffing at me calling them toys. The original Zoids product line may have technically counted as models but they’re nothing compared to the HMM line.

The Highend Master Model, or HMM, is something Kotobukiya whipped up just for this line of Zoids models. I’m guessing that’s to differentiate the model complexity compared to traditional Zoids kits. It’s got a lot of that Koto essence I always have a hard time describing. It’s a mix of great engineering, stupid engineering,  great design, lame color choices, and a plethora of detail. Compared to some of my recent Koto projects this straight build went really well, though not without a few trademark frustration points. 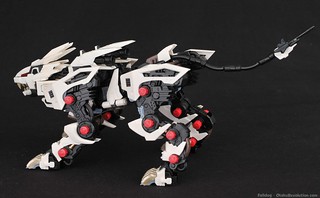 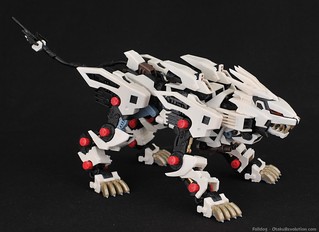 Building the kit took about three casual evenings and was overall a relaxing experience. I’d say it’s on par with with Master Grade kit from Bandai (though I’m not sold on the price discrepancy). Initially the only issue I encountered was with the front teeth whose jaw line connection wasn’t strong on its own and required more portions of the head snapped together to keep it in place. The whole experience had a level of “Wow, this is awesome, I’m building a mechanical cat!” enjoyment, a refreshing feeling after years of biped Gunpla projects.

The only real issue I had with the kit was when it called for all the main parts to be assembled (legs, torso, head, etc). The joints that hold them all in place were so tight, that when combined with the relative weakness of various armor parts here and there, crap just started popping off. It was very frustrating. However, once everything was together I didn’t have a single issue of parts popping off during posing. Though some parts, like the back thrusters or hip armor, will loosen if you’re not careful.

The Articulation is pretty good and encompasses pretty much everything you’d expect out of a mechanical cat like this. Compared to modern day gunpla there’s not really a whole lot for the Liger to do in comparison. 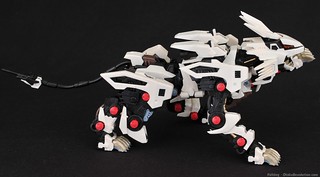 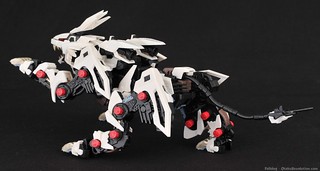 There’s a bit of up down and left right articulation in the center of the torso. Just enough to make action poses seem a lot more fluid, a nice surprise. 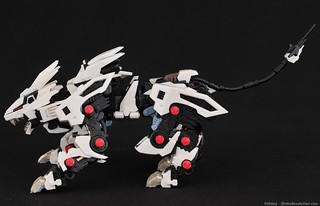 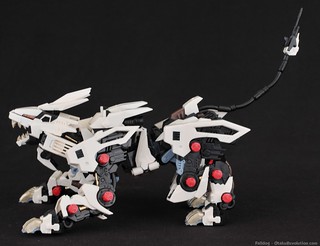 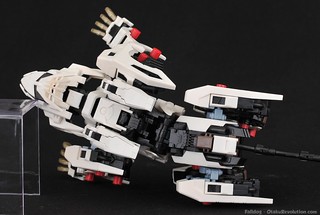 There’s a peg hole underneath for one of Koto’s aerial action bases which actually supports the kit very well. I’ve got a clear one in the mail somewhere but until then I’ve got a lone black one that’s worth its weight in gold. Get ‘em if you can!

This being the base Liger, so to speak, there’s not much in the way of gimmicks. The cockpit opens up to reveal a little painted figure of Bit, the Liger’s pilot, but it’s not secured in anyway and there no additional cockpit detailing. The cockpit join isn’t the tighest so don’t be surprised if it opens up and Bit falls out. 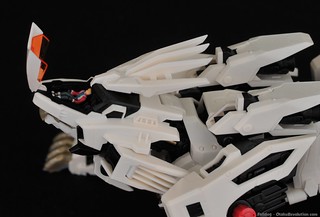 In the chest of the Liger there’s a cool clear orb, the Zoid Core. The tail is also pretty well articulated, enough to point around like it’s shooting at things. There’s a gun underneath the chest that’s articulated enough to swing around as well. 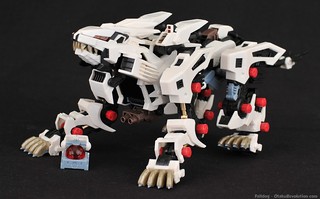 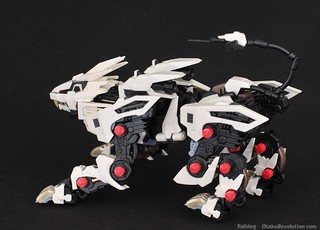 The Liger does have a pair of small wings on either side that pull out and lay down. Near them, on the back, is a pair of small thrusters. When you pull on the thruster itself the top and bottom parts open up for dramatic effect. 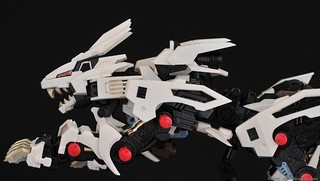 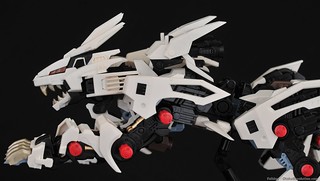 You can also take all the main armor pieces off and swap them with the various armor kits like the Panzer or Schneider. At this point I believe those individual armor sets are so rare that you’re better off just buying the full kit.

The kit comes to about 4.5 inches tall and almost 9 inches long without the tail. Here it is compared to a pair of MG kit… 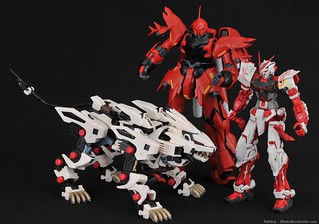 And here it is next to an old die-cast Liger (which I paid waaay to much for during the series’ popularity height) and the disappointing Revoltech Blade Liger...

A couple things about the colours on this kit. First off, the white is an off white colour, not a brilliant white. The gray is a totally horrible blueish gray and I haven’t decided whether I like addition of brown in a few areas. There’s types of gold, a proper plated gold for small piston details and a molded gold used for the claws.

Now then, if you’re planning to grab a Liger Zero to paint, then holy shit - the sky's the limit. The closest comparison I can think of in terms of detail per piece is a Perfect Grade kit from Bandai. There are so many details on the black frame that you could spend ages just painting those parts! If you want a custom coloured Liger you can’t go wrong using this as a base.

If you’re not looking to paint, no worries. The thing is pretty solid looking without paint, though detail lining and a few painted details here and there would definitely make a noticeable improvement. Off hand I can’t think of any obvious seam lines that would need to be adjusted either. 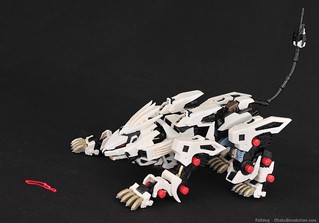 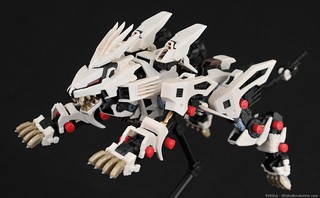 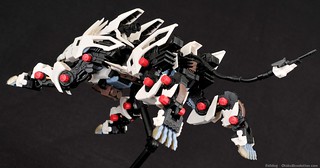 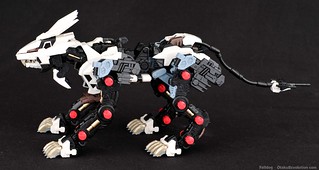 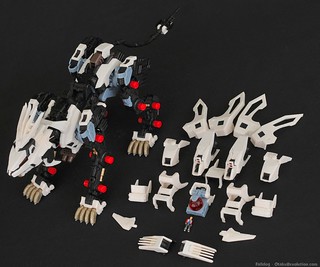 Do I recommend this kit? Well, are you comfortable with Master Grade kits? Have you looked at this and thought, “Damn, I really want one of those”? If the answer is “yes” to both than what are you doing waiting around here? All in all, I couldn’t be happier with this kit. All I want to do is start another HMM Zoid immediately.