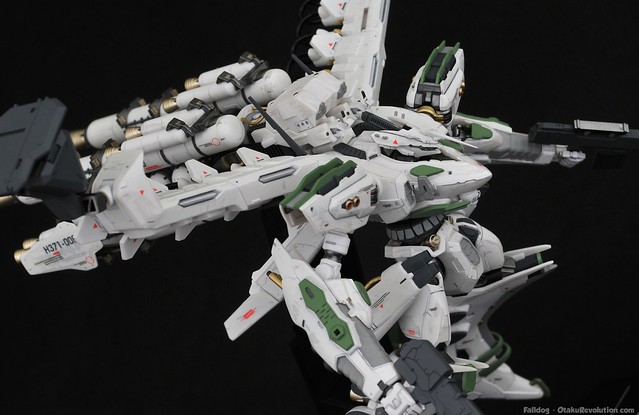 Practice makes perfect, and well, I haven’t been practicing. 2014 was a rather dry year. I finished a couple kits early in the year but between my Caged Unicorn at the end of May and this White Glint I didn’t even touch my airbrush. Unfortunately that caused me to re-learn some past lessons and produce a project that wasn’t all it should’ve been.

I started painting this kit back in November and, for the most part, things went well. Unfortunately I was expecting an easy November and December which instead became the busiest part of the year for me. Start and stop builds never seem to work out for me. There’s always a sense of “Hey, I already procrastinated, what’s a bit more?” For 2015 I’ll try to get any painted builds done before Halloween rolls around.

This lead to an interesting experiment I’d been toying over in my head for awhile…. what could you do by carefully removing the top layer of paint. Yes, it’s commonly done with salt for rust effects, but what about careful sanding or cross hatching? White paint always gives me troubles so a few pieces needed to be sanded and repainted. While sanding some parts I found I really liked how the original pearl plastic looked through the white and decided to run with it. It gave the kit a weirdly worn look. Whether that’s good or bad, I’m still on the fence about. Individual pieces may look crappy on their own but as a whole kit I think it sort of worked.

I also tried my diabolical scheme of getting gray detail lines by putting down black paint first then doing white over. That worked about how I expected, as in it came out okay. Some parts look good, others don’t. Preshading for detail lines? Not recommended.

The White Glint is an interesting kit. For starters, it’s from Kotobukiya, who is somewhat notorious for their engineering. Smart engineering here, painfully obvious seam lines there, narrow clearances there, really awesome designs over there. It’s an inconsistent mixed bag that I don’t recommend inexperienced builders get into.

The kit itself, the White Glint a design from Amored Core For Answer, is much of the same. Cool design with seam lines galore. Some of those I was able to clean up, others would’ve required reengineering to fully remove (I’m also lazy), and some that popped open during paint and assembly. There are also quite a few lines leftover from the mold that needed the sanded down as well.

It’s also painfully white. White and dark gray. No colour, no plethora of shades to provide some depth. Just white. (No, really, click that link just down and compare Dalong's straight build review photos to my project.) And white just happens to be pearl if you get the movie version with VOB package. So much white... this is actually fantastic! Want to paint it some bright colour? No need to prime with white first! Most of the painted White Glint kits I’ve seen out there have emulated the weathered and worn look seen in the game’s opening video. I decided to add some colour and some grays to help break up the kit while hopefully not going overboard and metallic details would give it some much needed pop. Any relation to the Gekko-Go is purely accidental.

One of the upsides to many Koto kits is the plethora or detail. It's all over this kit so the options for different combinations and looks are nearly endless. Unfortunately that required a lot of hand painting and a lot of those were pretty small. Some of them turned out well, others not so much. I'm just not that adapt at painting super straight or staying within 1 mm lines all the time. Most of the details turned out well, and if you stare at the kit long enough you might just spot them. I doubt anyone would really be able to spot all the differences unless they built their own White Glint.

Any colours not already in my paint guide will be added in the future. 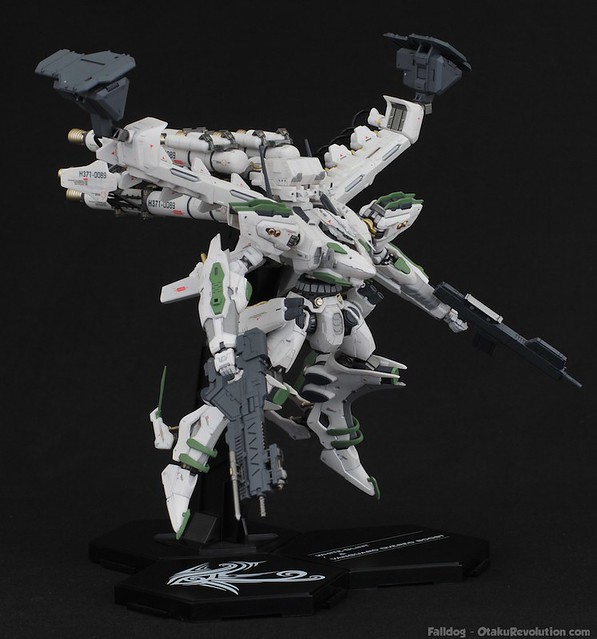 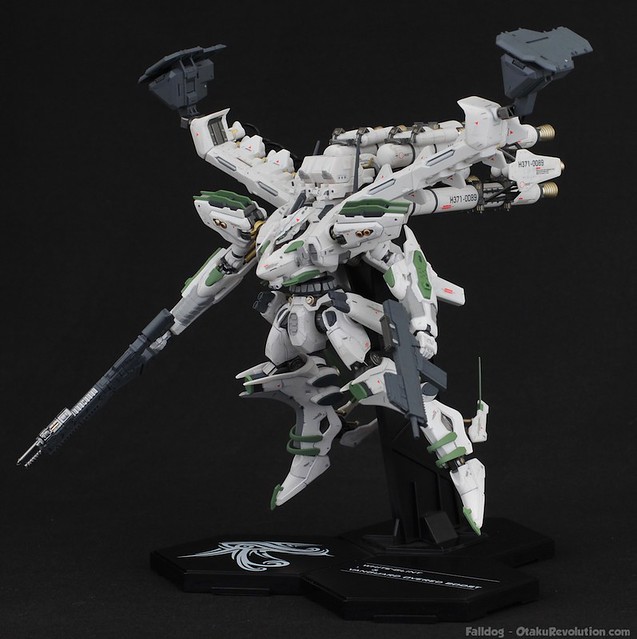 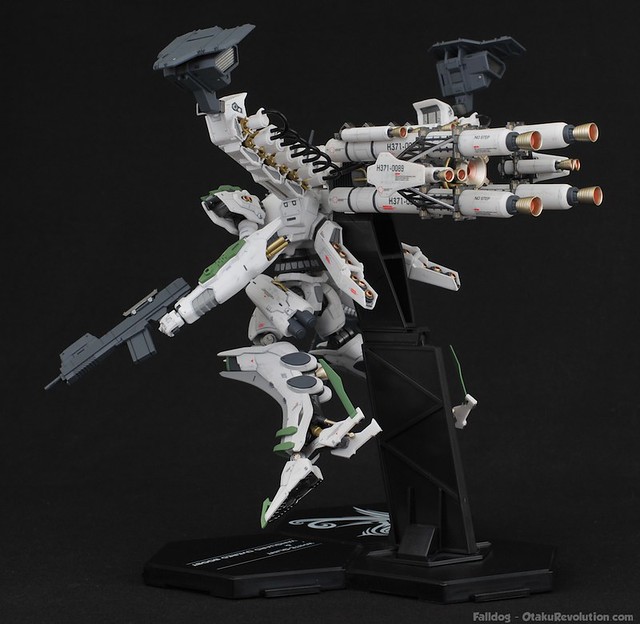 The large boosters on the back don't line up particularly well. For starters they're supposed to point in four different directions as opposed to all straight back like I thought originally. There are also no connections to the main body of the booster past the first white part and the rest attach to that with quite a bit of play. Any slight tap could push one out of place messing the symmetry of the back end. At the very least they on tight enough that they don't fall off. 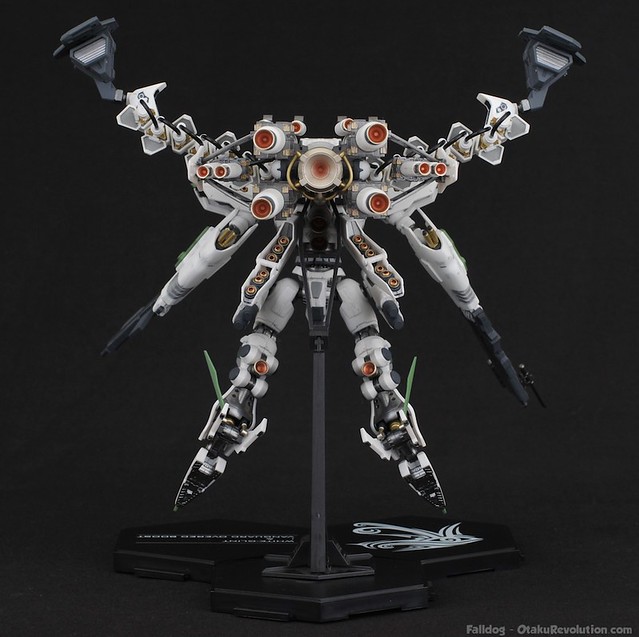 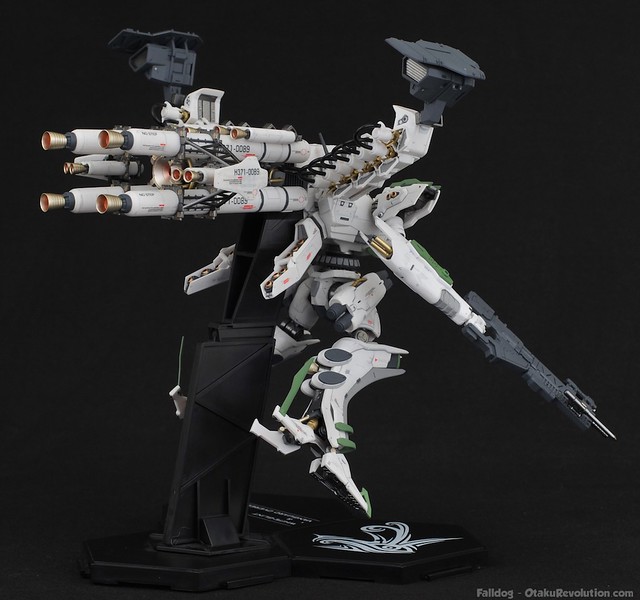 The thrusters are all two toned throughout the kit. On the outside they're Titanium Gold with regular Gold Leaf used else where on the kit for a few detail pieces. 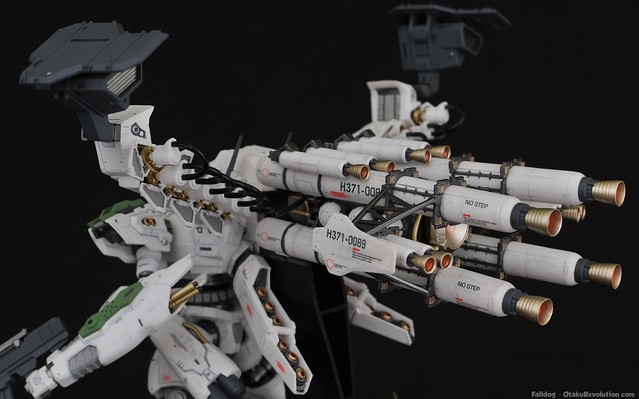 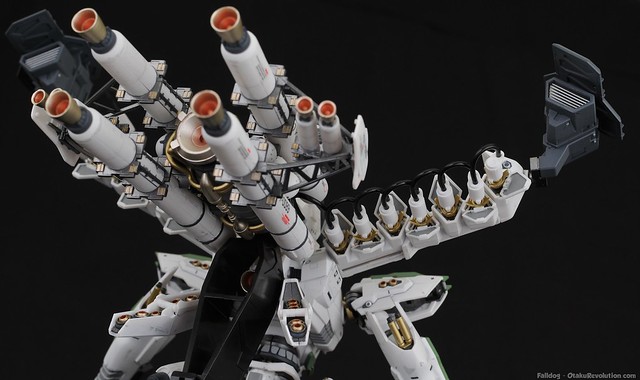 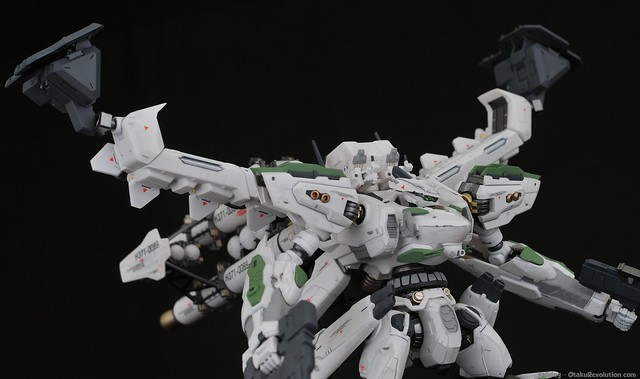 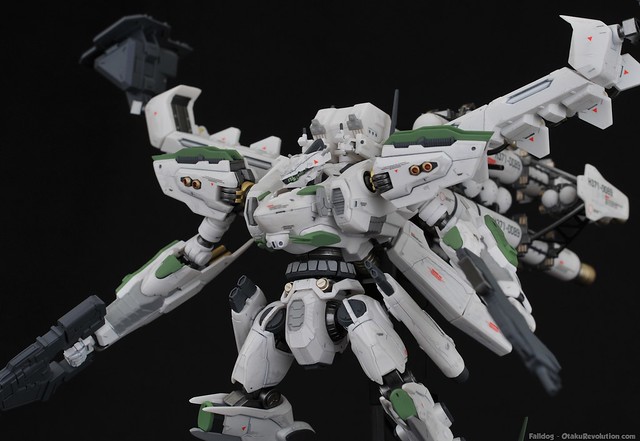 P.S. - And yes, the release of Destiny is a large factor in my decreased Gunpla activities in 2014.