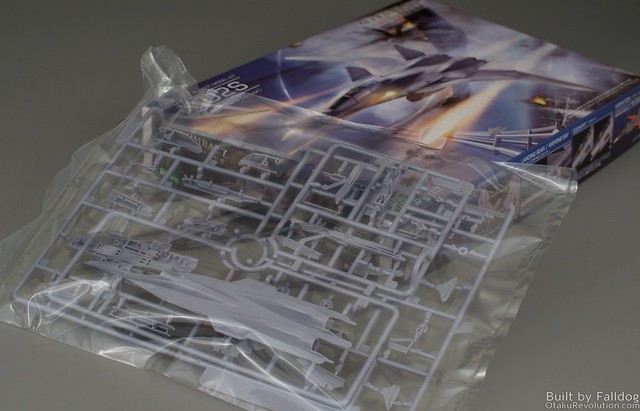 
Both kits are pretty similar. At roughly 6 inches long, 1/144 is super small for aircraft apparently, there’s still a great amount of detail. Tons of panel lines, optional sets for gears up or down, even various weapon options. Each kit features a clear cockpit with a little figure inside, and in the case of the X-02S a weapons officer or the AI-flight-recording-dome thing.

From a build perspective there are only about 40-50 pieces per kit. Assembly is pretty easy, the only issue I had was with the super mall EOTS clear piece on the bottom of the fuselage. All of the painted pieces are not on a runner and packaged separately. There’s also a fair amount of undergating on key pieces. Only stand out nubs are on the clear canopies.

Each kit also comes with a small stand, much like the larger Kotobukiya ones I’m used to seeing, just scaled down. They work great for these kits, though don’t add any sideways roll posability.

The X-02S comes with both wing configurations, extended and folded in. They’re easy to swap without having to disassemble anything which is nice. There are two engine nozzle options, both mounted on small ball joints, so you can tilt them to your thrust vectoring delight.

For weapons you can either use pieces for a flush fuselage or an open version with deployed missiles. There’s also an Arclight EML rifle that can be slung underneath.

Decals included with this kit include Eursean and Osean logos, along with three strikes if you’ve been a naughty pilot. The painted version looks amazing out of the box in Mihlay’s colour scheme. 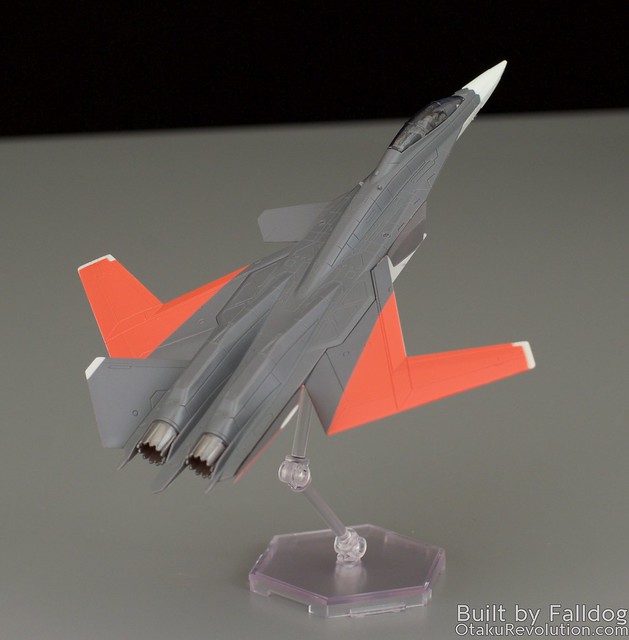 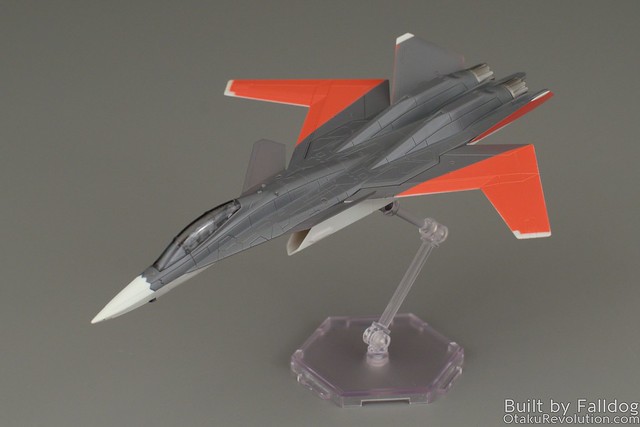 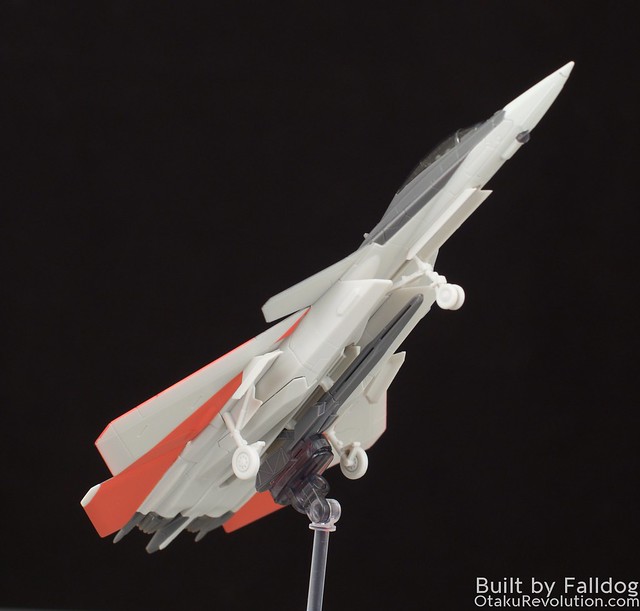 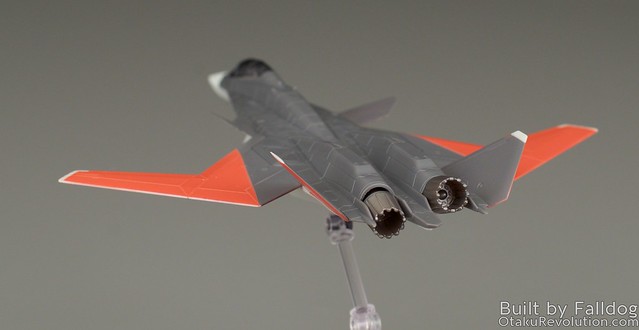 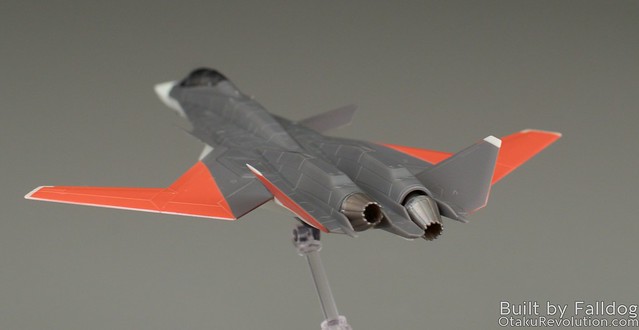 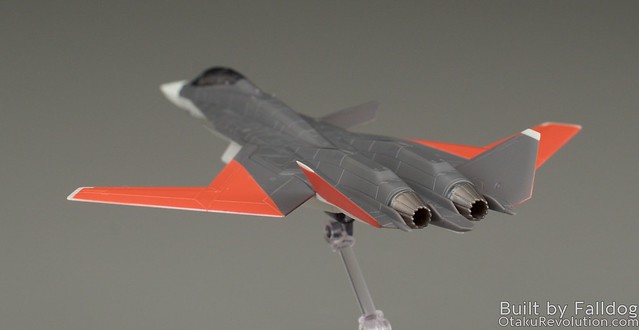 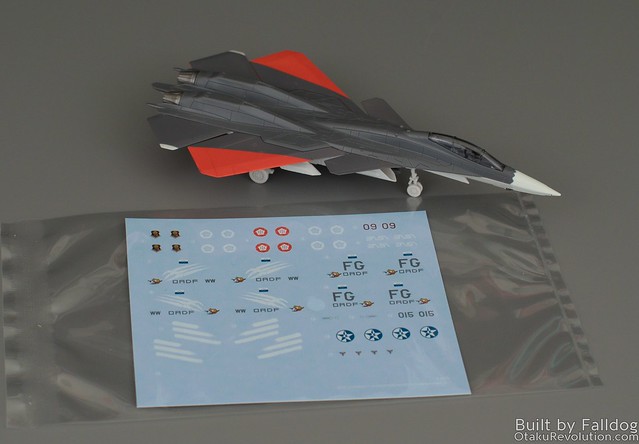 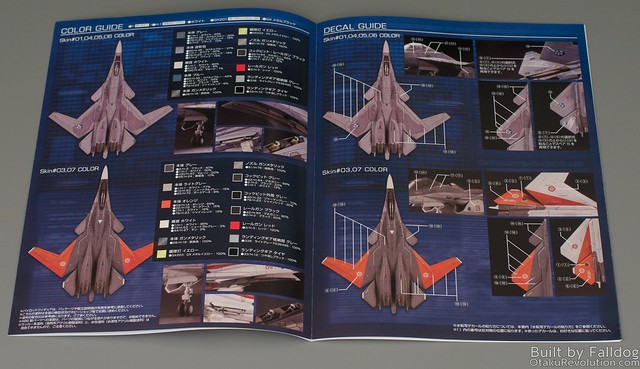 Manual from the unpainted version 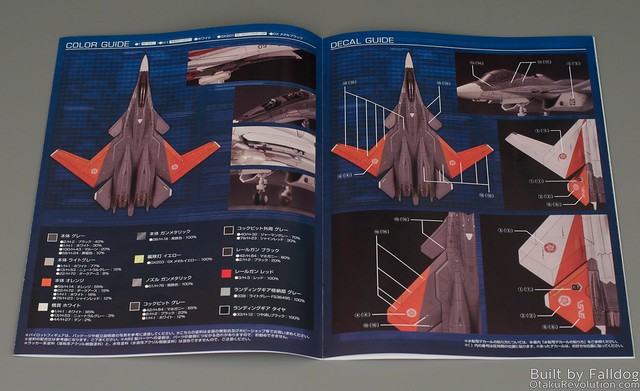 Manual from the painted version 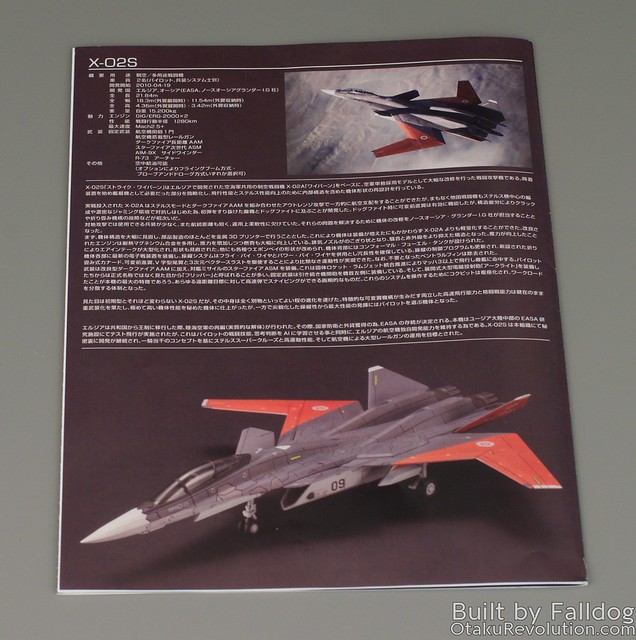 The XFA-27 key feature are the variable swept wings. Like many F-14 models, the XFA-27’s wings have a cog system in the center that allows them to fold out and back at the same angle. For the lower horizontal stabilizer there’s an option set where the ends are folded up for sitting on the ground.

The painted version only features the orange edges on one side of the wing. For the other side you need to use the decals, which also include the Phoenix emblem. 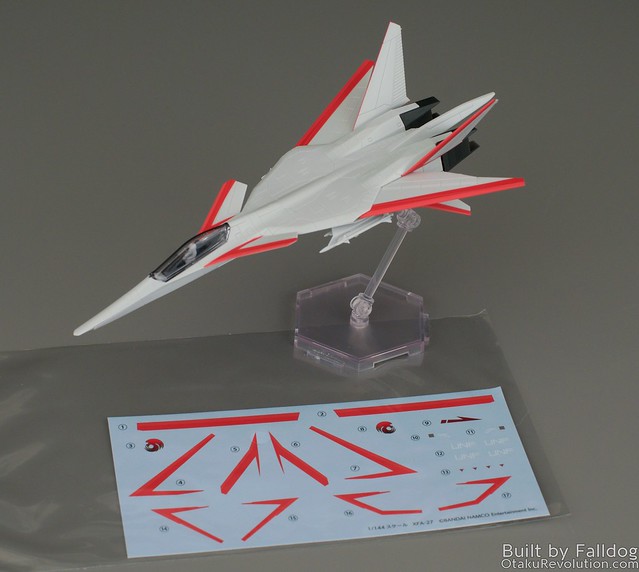 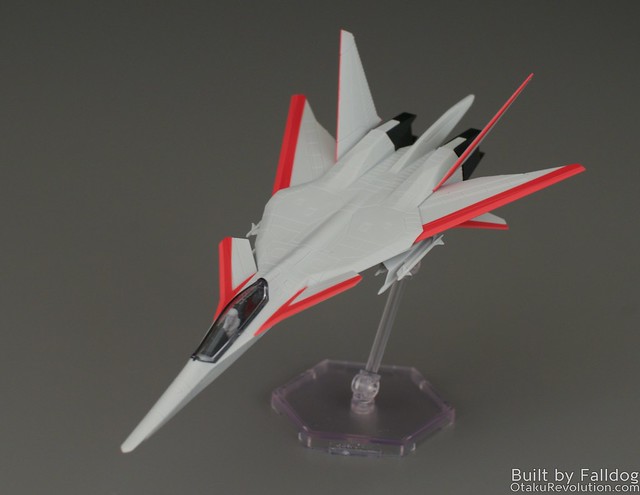 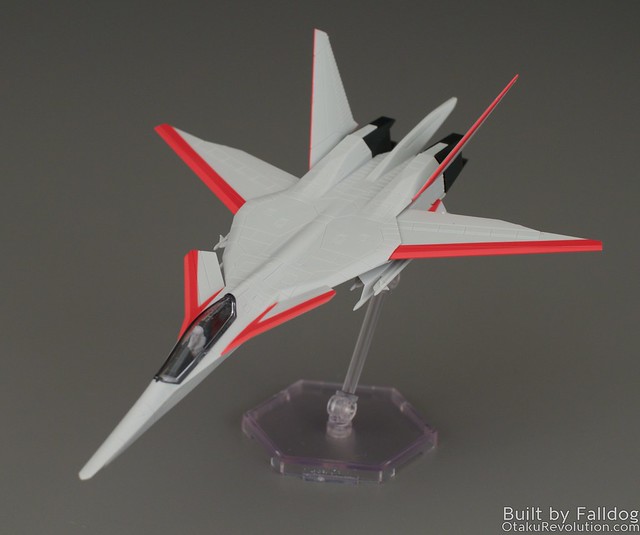 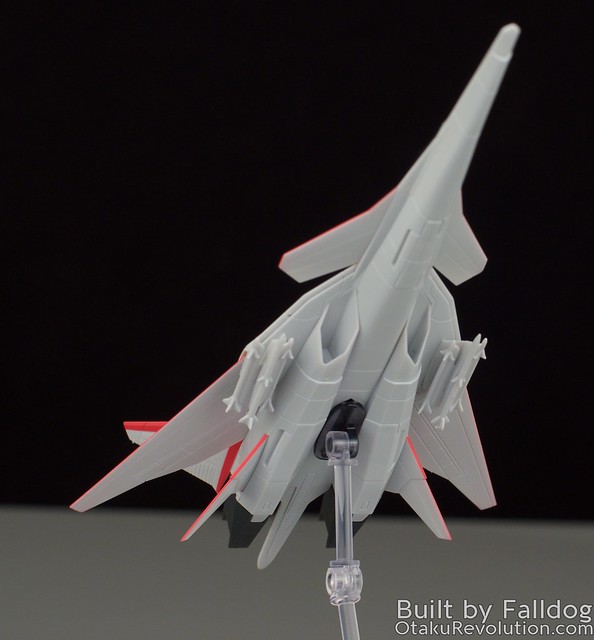 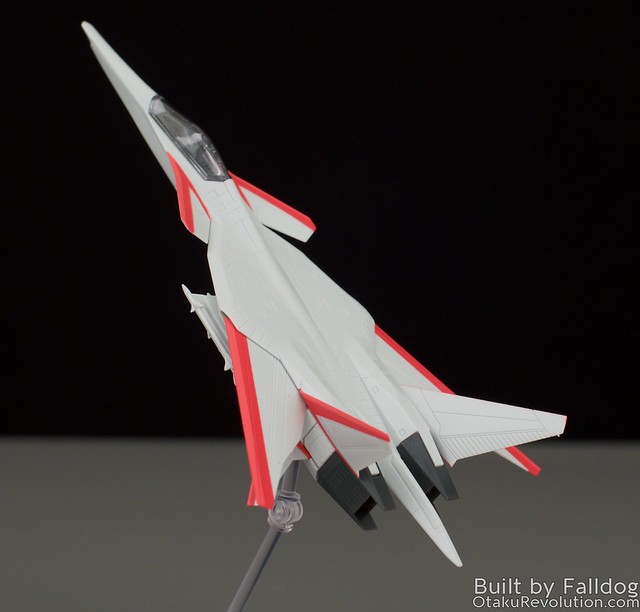 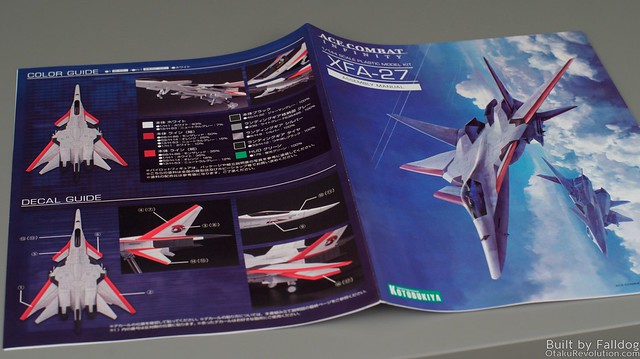 All in all, these are pretty nifty kits for fans of either aircraft design. They’re simple to put together and have a high amount of detail. If you’ve never built a model, but are fans of Ace Combat, you couldn’t go wrong with picking one of these up (though you’ll still need a good pair of nippers and a file/knife for the nubs). The only downside is the price. MSRP for the painted X-02S is 5,280 yen, or $48 USD. For that price you could get a MG Gundam, or multiple HG or RG kits. Either way, as a fan of the series and the designs I’ve got a pre-order in for the ADF/X kits coming next year.