Legend of the Galactic Heroes: Die Neue These Episode 12 Review (FINALE... kind of) 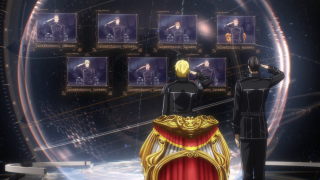 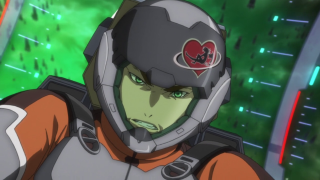 Synopsis:  As Siegfried Kircheis leads his forces to attack their forces' supply contingent, the FPA's fleets fall into disarray as they take on damage from a very aggressive Reinhard and his other admirals. Three fleets are destroyed and four have taken damage, but Yang Wen-li's 13th Fleet has taken minimal infliction from the Empire. The Hyperion's fighter squadron launches and engages the enemy's Valkyrie crafts and there are casualties. Yang can barely make pull his forces away from the frontlines when Fleet Admiral Lobos orders the remaining ships to gather at the Amritsar Starzone to make a last effort before retreating. 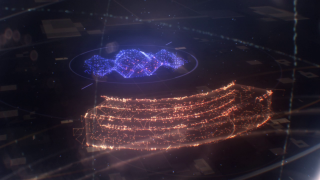 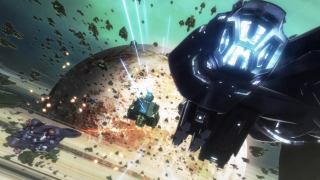 Hm, I'm pretty sure the first book had more material. Actually, I know that for a fact, because I have both the physical book and audiobook version (I recommend it, even though name pronunciations are a little weird sometimes) at the ready for comparison. The first book ends with the battle of Amritser and the immediate fall-out and ground shaking event in the Empire that changes things. This TV series has ended before Armritser, which is sort of baffling because a couple more episodes, maybe just one, would definitely have covered all of it. But since I enjoyed this episode thoroughly, perhaps it's for the best. It's not a great finale (and it sort of isn't), but as an episode in itself, it's excellent.

Of course, as expected, the Alliance's forces continue to deteriorate. Exhausted, without supplies, and now encountering wave after wave of fierce attacks, their fleets are being whittled down. The demoralizing orders of a complacent commander safe in Iserlohn and a staggeringly presumptive battle plan that emphasized the cooperation of the citizens has left this invasion party in tatters. And all for the pretentious sophistry of a childlike officer, a lazy commander-in-chief, and a government body cynically using patriotism to score poll gains. The waste of life in this mission is incomprehensibly chilling (though it might have been helped by shots of soldiers getting radiation burns, exploding, etc, as the OVA did). The FPA will be lucky if they come out of this with any military at all. Falk got off easy in comparison.

Part of the poor timing of the material covered in this finale is the too-late-for-newcomers-to-care introduction of possibly my favorite LoGH character, Olivier Poplin, the firey carrot-topped fighter pilot with more swagger than success in this campaign. Don't let that fool you, since he had to deal with poor maintenance of his Spartanian. He's usually an ace. Speaking of the encounter with the mechanic, there are now three different versions. In the book, Poplin's held back from hitting the guy by Schönkopf. In the OVA, it's Ivan Konev, his fellow pilot and friend, who stops him. But here, Poplin backed down all on his own. It's not like I think they were softening him, it just piqued my interest, especially since otherwise, the episode follows the book material pretty closely. I like Poplin because he's kind of a lovable rogue, a sarcastic, yet friendly fellow whose presence brings a bit of levity.

Oh, another line they left out is the mechanic, in the book, saying, "Well, a human life you can make for free, but an aircraft costs a lot of money." That line just tickles me. I wish they had left that in.

The episode also introduces by way of cameo, Dusty Attenborough, who in the OVA was already established as a close ally and friend of Yang. He's the coiner of the phrase "Foppery and whim!" in the OVA. He's somewhat of a snarky guy, in the same vein as Schönkopf and Poplin, but more philosophical and less of a womanizer. He doesn't really get the attention in the books as he does in the OVA, as sort of an extended role character. I just find it amusing (and frustrating) that he was just introduced and we won't see him again until the movies.

Yang continues to employ excellent defensive strategies, which is just about all he can do at this time. There's no way of overwhelming the enemy, and even the most clever offensive or trap tactic isn't going to do much good with no support or supplies. The other admirals are getting picked off one by one and it's all Yang can do from being completely obliterated. That said, however, while he is taking casualties, he's at least staying on his toes and evading the brunt of the enemy's attacks. He has to be a little cold and pragmatic in this episode, sacrificing some of his forces to protect the line formation inching its way out of the battlefield, and you can tell he's not pleased by it. It's tragic that because of the incompetence of his superiors, the best that can be said about Yang here is that he's good at getting away.

I have to give real credit to the ship-to-ship combat and energetic dogfights in this episode. They're less elegant and orderly than in the OVA, but capture a sense of intensity, danger, and speed. It's helped by some really standout musical tracks. Combine that with the believable voice acting and beautiful planetary exteriors, and you have a high-quality production that engages you as you watch it. The production values, along with the heightened state of desperation is compelling.

As I mentioned, as a finale for this story, it's really disappointing, because it's not even the end of this part of the first big arc. They couldn't get through the first book with this season. That's pretty awkward. But I have to admit that the show itself has surprised me from time to time, and aside from just this episode's quality, the show overall was worth watching. Maybe it's not quite as transcendent as the OVA, but there's still more to come with the movies, so who knows? At the very least, it'll be an interesting, and likely less expensive endeavor than the OVA. Just know that this isn't even 1/10 of the whole of LoGH.

Man, the FPA forces are so screwed. The order to gather at Amritser is asinine. It'll be a pain in the ass to wait for the continuation of this, even though I know what happens next. 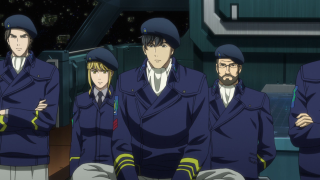 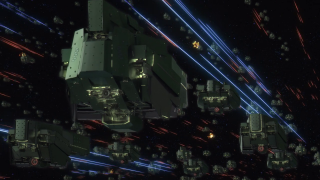 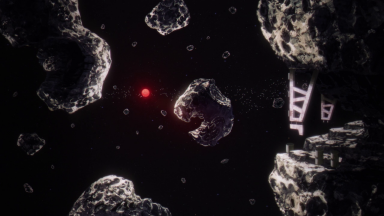 TO BE CONTINUED... HOPEFULLY SOON.