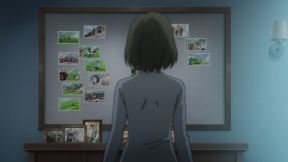 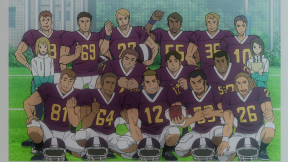 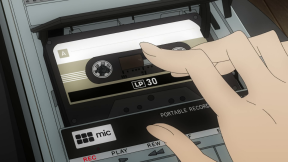 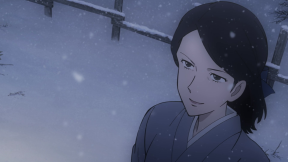 With presumably only a couple of more episodes to go after this one, Lupin III Part VI enters its final story arc in an unorthodox manner. That is, it enters it by doing an episode where Lupin is a minor character at best. This close to the end, it's  a little annoying in some ways, but I can't complain too loudly about the way they went about it.

This entry is all about Finn Clark, who travels to Revonland, which is obviously a take on some kind of Nordic country like Finland or Iceland. Her host in Revonland has the surname Sigurðsson, a mostly Icelandic name. There's an aurora happening at night (though it is mostly obscured by the clouds). It's clearly a country near the Arctic.

A lot of the episode revolves around Finn's mother Mariel and her recordings of lessons with a teacher revealed to be Tomoe, the infamous "mother" of Lupin. As the runtime runs down, we both hear and see the things recorded, involving, at the most generous, kidnapping, brainwashing, and murder. Whoever had hired Tomoe wanted Mariel paired with Allen, not Sean, and they were willing to get rid of both to ensure Mariel's unhappiness. But who hired her? Mariel's own parents? I wonder if we'll ever find out, or if it's even important.

The biggest question is, why would Tomoe allow these things to be taped like that? Did she know about the tapes? Was Mattea in Revonland to retrieve and/or destroy them for her? To erase all traces of her work? Surely if Tomoe knew about the tapes she would have already gotten rid of them years ago, right?

So the episode conjures more questions than answers. But they are interesting questions. And it looks like, based on the preview of the next episode, at least some of them could be answered. 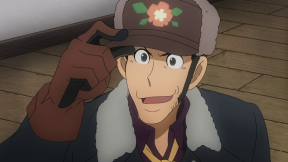 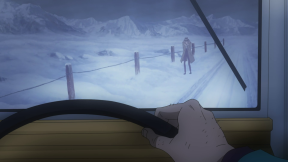