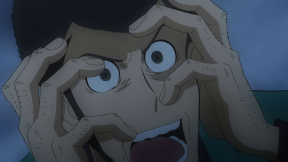 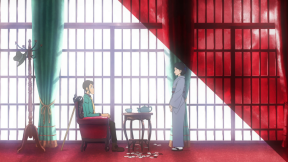 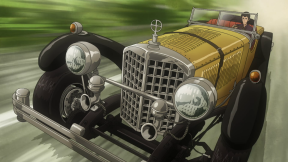 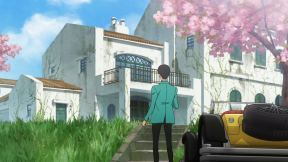 Things are coming to a head as we come close to the finale!

Talk about playing the long game. Tomoe, who apparently is Lupin's biological mother (at least, according to her, but let's put a pin in that), had a stand-in take off with the child Lupin and the proof of her parenthood from the mansion, but something went wrong and the double was killed and Lupin taken back. Meanwhile, I guess Tomoe stole the red jewel. But after her attempt to make off with Lupin, she sought out students to teach (and manipulate), planting a key phrase into their minds so that when they came in contact with Lupin, they'd each plant that same phrase in his head until the whole triggering series of phrases would turn him into a pliable puppet that made his way back to her.

She had to choose students from around the world because Lupin, being a globe-trotting thief, would know all kinds of languages, and having phrases of different languages would make a greater impression, because it would make more use of his full consciousness. She had to ensure that these women (women having a stronger influence on the libidinous Lupin) crossed paths with him in a somewhat natural manner, so she manipulated them in a way that put them on his path. Eventually, all the key phrases would do their magic and he would remember where to find Tomoe.

But I have a few questions about this that I hope are answered in the finale. For one, waht was the deal with Mariel Clarke and her potential loves? Why go through all that trouble just to get her daughter to eventually give Lupin the right phrase? Was Tomoe doing other work on the side while not manipulating the chosen women? And we still haven't answered why Tomoe allowed those teaching sessions with Mariel to be taped. Is Tomoe really Lupin's mother or is she just another con artist who thinks she can control the world's greatest thief?

I love the ideas in this episode, but my opinion of this series will probably hinge on how well it sticks the landing. 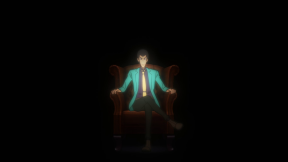 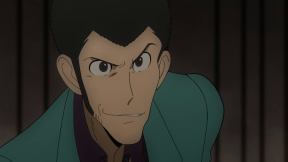