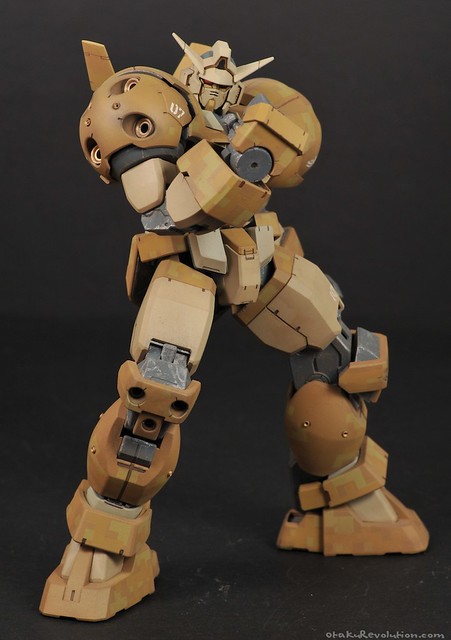 And it's finished, my first airbrushed kit in a long time. It looks okay, not terribly fond of it, but overall not a bad testbed. Especially since, aside from construction, there's maybe only a weekend worth of work into this guy.

The frame was weathered with a bit of overzealous dry brushing. Armor was painted with Tamiya acrylics ranging from X-31 to X-52 through XF-60. At this point I forget which is which but the darker areas are mainly custom mixes. The digital camo areas were my first attempt at the pattern and I think they turned out pretty well. It was done using sheets of masking tape cut to shape and overlapped between coats. It works great over flat surfaces but doesn't work well on curved sections or around odd angles.

For details I used some Model Master gold paint and even painted the IC socket thrusters to match. Last but not least I decided to weather the kit with some pastels. The entire kit was done with rust/dirt coloured powder but it was hardly visible and I didn't want to overwhelm the entire thing like I did with my Ez-8. It added an extra level of matt to the kit but not the dirt I originally intended. Subsequent coats didn't add anything so I use some black pastels to make scorch/exhaust marks near the beam emitters and thrusters. 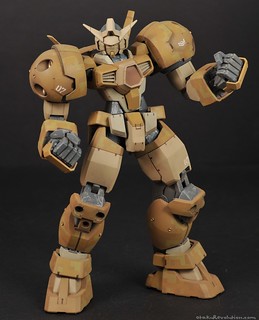 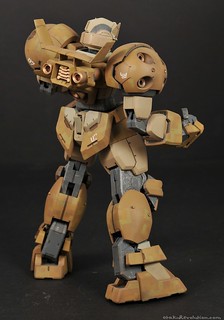 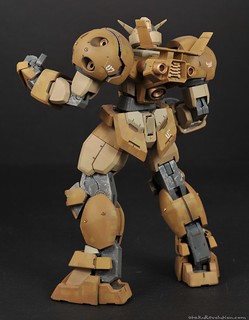 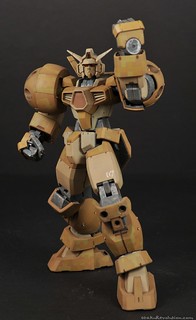 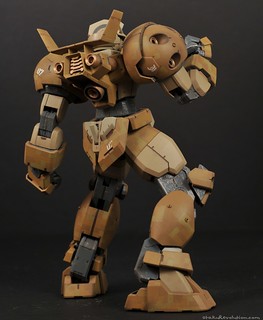 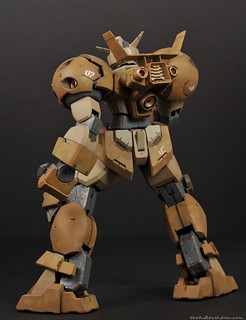 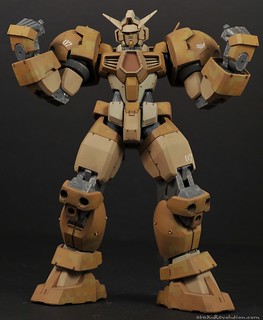 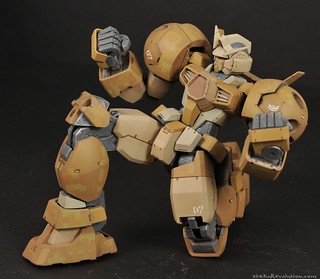