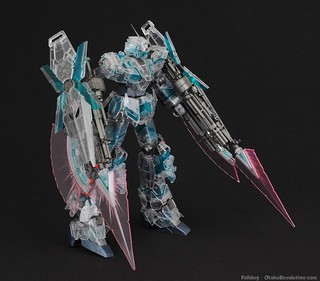 My god, it's even more beautiful than I had imagined.

As some of you know, I'm somewhat of a Gundam Unicorn gunpla errr... what's the right word... Collector? Connoisseur? Freak? I've got a total of nine Master Grade Unicorns in my possession, not to mention other MGs from the series. So when I saw on GundamGuy that there would be a limited edition clear Full Armor Unicorn for sale, at the Gunpla World Expo, I had to have one. Unable to make a trip to Japan I picked up one, err two, from Gentei Kits who specializes in Bandai's generally Japan exclusive releases.

Compared to the design of the original Full Armor Unicorn, there's nothing different in the clear edition. Same weaknesses, some strengths, same bad ass armament, same suicidal repetition. The only difference is that all the white parts have been replaced with clear (and a bit of sparkle) plastic. Bandai has released plenty of special edition clear kits in the past but the Unicorn is truly unique thanks to the psychoframe components. The clear armor really allows the green to stand out and give the inner frame that necessary depth. When the kit is in normal mode it looks as though it's filled with all kinds of high tech silicone chips.

As of right now, this kit is going to remain as built for the foreseeable future. Lots of other projects going on as is. Besides, it looks great as is. Eventually it'd be nice to paint the inner frame and the weapons to remove all the nub marks. Thanks again, Bandai, for that awful metallic plastic of yours. I'd also coat the clear armor in Future Floor Finish to hide all the sanding marks. It's one of the best ways to clear up scratches on clear plastic like this. If you're curious about the process, check out this guide from GoodGuyDan.

Unfortunately I've run into a big issue. I have another one, unbuilt, that I was hoping to keep in the box as a bit of an investment. But the possibilities opened up by a clear edition bring a whole other level to the many colour schemes I've got floating in my head. How would it look with a red psychoframe? Or Banshee's yellow/orange one? What if I put in the Banshee's psychoframe and paint the clear armor with clear red? What if I paint it clear purple? What if I... urkkkk. *At this point my wallet spontaneously combusts*

While I weep internally at all the ideas I'll never be able to bring to fruition, enjoy some sexy photos. Oh, if you want to write Bandai and tell them to release a clear edition of the Master Grade Banshee, that'd be great too. :) 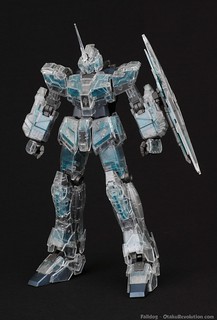 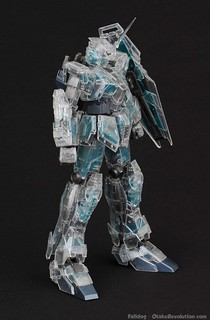 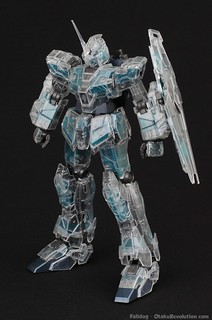 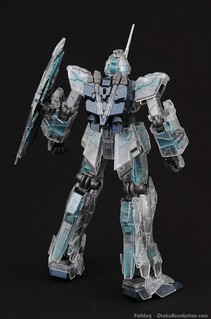 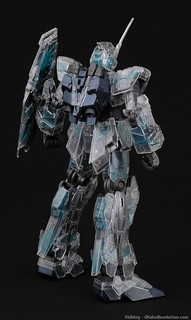 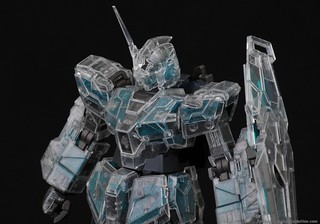 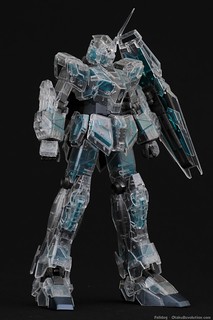 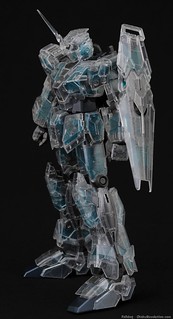 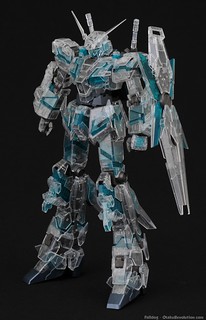 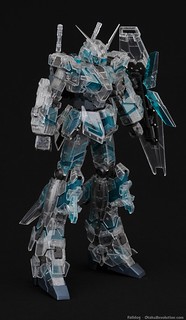 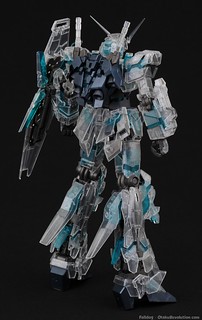 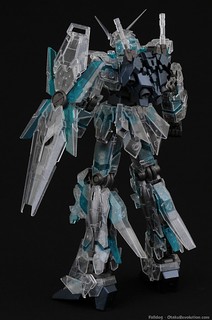 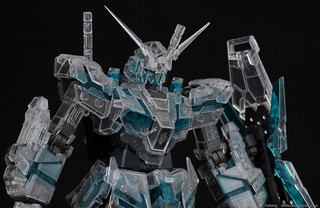 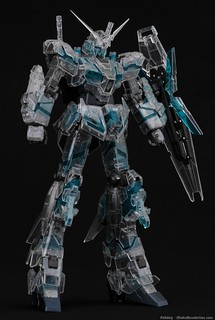 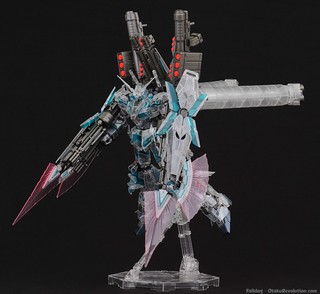 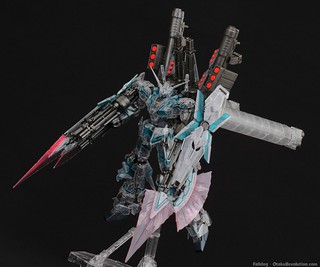 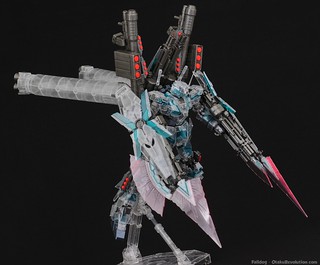 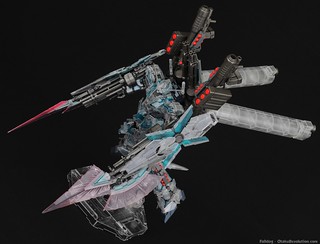 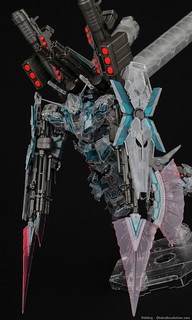 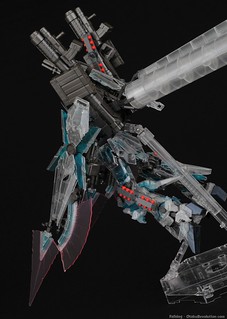