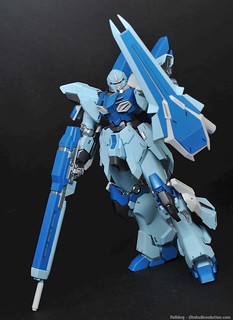 After a long and frustrating process my MG Sinanju Stein is finally complete.

My Stein gave me a lot of grief, which was duly returned over the course of this build. I had initially intended for this kit to receive a paint job that, accidentally, matched the Hi-Nu colour scheme. I wanted to keep things simple but couldn't decide on what colour to run with until I saw nrvblanco's PG 00 Raiser WIP over on the Gundam Australia Forums. He mixed silver with blue to create a great looking colour which I tried to replicate. From there I add a bit of gray and the next thing I knew after plotting all the colours on Fury S12's Stein designer I realized I had a MG Hi-Nu scheme going.

Initially the white was going to be a glossy pure white (brighter than the white plastic used on the kit) with a bit of sparkle to it via Tamiya's pearl clear coat. Early tests looked great but I ran into issues during painting such as running paint (white paints tend to be thinner), the clear coat apparently eating at the under lying paint (paint turned into weird spots), dust and usual stuff getting on the white bits, etc. I eventually got tired of white, said "fuck it," and just took some of the left over paints I had, mixed them together, and came up with the baby blue colour you see now. In a matter of minutes I went from a Ni-Nu colour scheme to some sort of weird Gouf homage.

I gotta say, finally get this guy complete is a huge load of my shoulders. It is the last kit that'll be completing at my current residence and the one thing I wanted to finish before I start packing. Breaking down and putting away all of my modeling supplies is going to be cake compared to finding all the right tools later once I get back into the hobby. I tried cleaning off the large box fan used in my makeshift paint booth but gave up on account of the sheer volume of dried paint particulate. Gonna have to hose it down proper.

For all the issues the kit has given me over these past few weeks there's a nice sense of accomplishment that came while putting it back together one last time. It's not a perfect kit by any stretch but some aspects look amazing. The silver frame looks fantastic and, for the most part, all of the dark blue and grey parts came out exactly as planned. The total effect with the backpack thrusters complete is better than I could've imagined.

If you look closely at the photos you'll see some still visible issues like dust in some paint, thick coat here and there (I was too lazy to properly strip after my failed white coat attempts), and I busted and scuffed up one of the rear leg thrusters when it broke off while trying to attach the thruster. 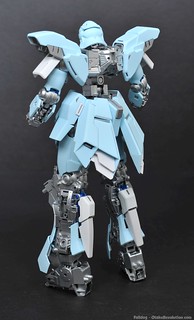 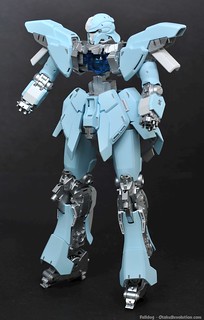 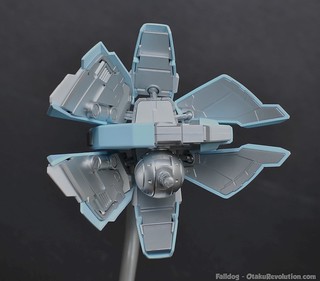 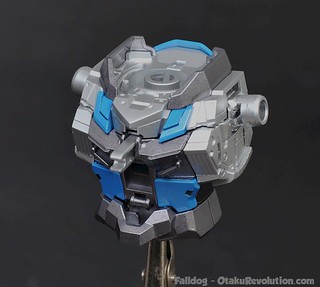 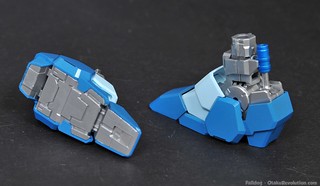 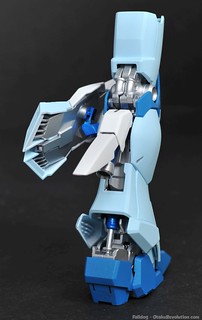 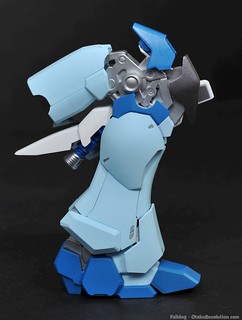 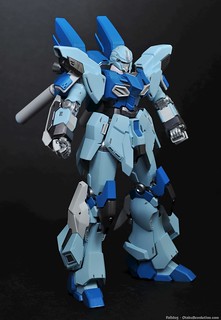 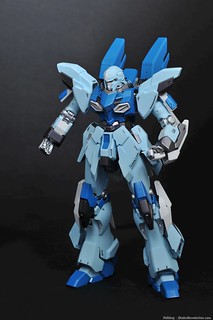 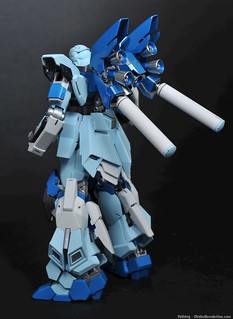 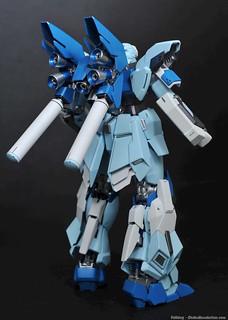 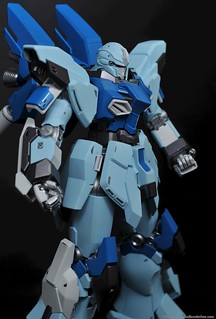 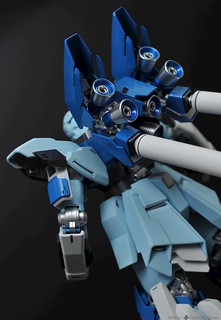 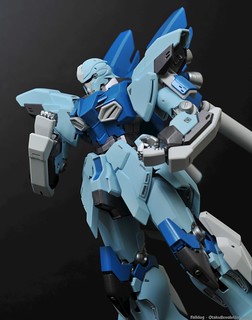 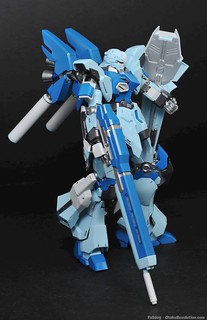 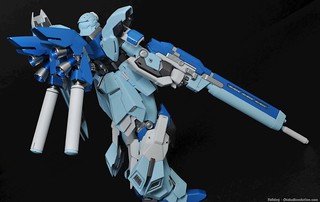 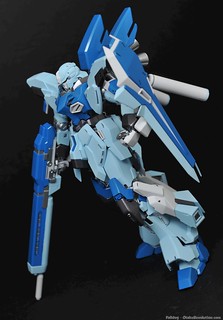 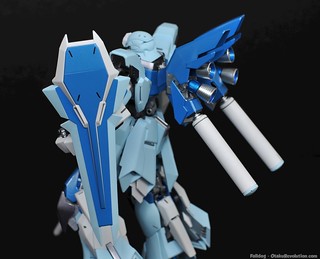