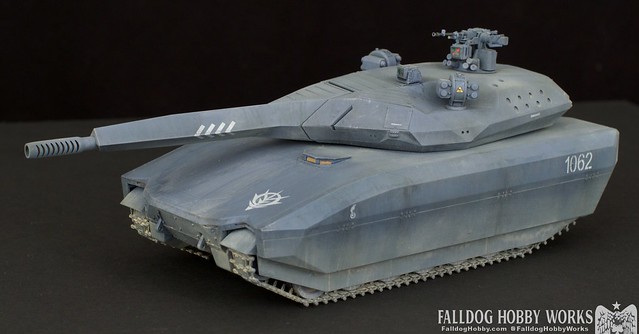 The most frustrating part was the treads. Unlike other kits, where you have a hundred thousand individual pieces held together with mechanical linkages, or Tamiya kits which are often long rubber pieces, Takom provided pieces of varying sizes and with no hard way to connect them up. The answer as I would come to find is to lay the pieces out per the diagram, glue them a little bit, then after they’re half way dry wrap them around the provided templates. Once they’re dry, pull the assembled unit off and put on the kit. Fingers crossed that it doesn’t break at some point. Seems other modelers are better at this than I, as my first experience with this kind of tread and assembly system was rife with frustration. Just look at how easy Andy does it in his PL-01 review/build video that was posted a couple days after I assembled the treads.

For this build I took inspiration from a Magella Eins tank that has a brief appearance in MS Igloo. I used a colour reference from the MS Igloo official guidebook, at one point intending to make some modifications to it to bring it more in line with the picture. Unfortunately that would have meant either cannibalizing some kits I hope to build some day, waiting for some parts to ship from overseas, or scratch building quite a bit. Time wasn’t on my side though, needed to wrap things up before adding a new member to my family. 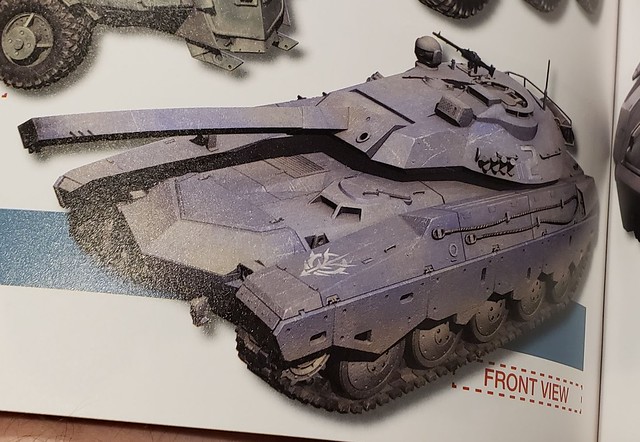 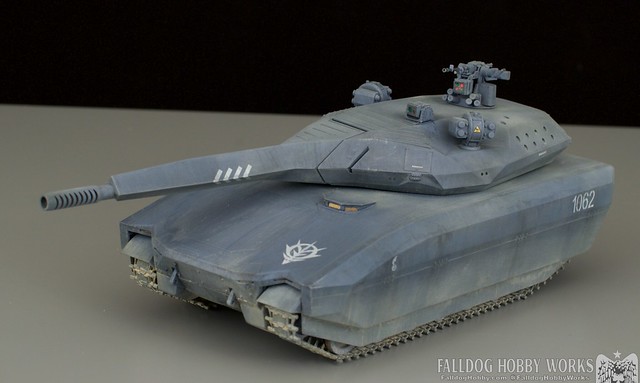 The Magella Eins’ paint has a bit of purple in the blue, and I tried to replicate that originally with a custom mix. However, between the gray primer base, the light coat of paint, and then the gray weathering, things ended up a lot more straight blue than I originally thought. A lot darker too if you look at some of the straight paint photos. Decals, other than the Zeon emblems, are provided with Takom's kit. Figured they worked well enough with the theme, and I wasn't like to use them elsewhere, so why not.

Nothing too fancy for weathering, just a simple oil wash with general streaking, then a follow up with a few more defined streaking spots. I capped it off with a liberal application of some Vallejo weathering pigments. Beneath all that, and lost unless you look really closely, is some light scratching with gray oil pencil. The goal was just for a used, weathered look. Some forward scratching from shrubs and whatnot, then soiling from use. Probably put a bit too much of the pigment on the very top though, I was trying to replicate how dirt kicked up would settle on horizontal surfaces after billowing around.

In all, it was a fun build. With all the ease of that comes from Bandai’s Gunpla line it was nice to have something that required glue for once. It was also good to try out some weathering techniques I learned since my less than stellar M61A5 Semovente build from 2012. I have a few more military vehicles in my backlog, including the Hover Truck from 08th MS Team, that this was good practice for. 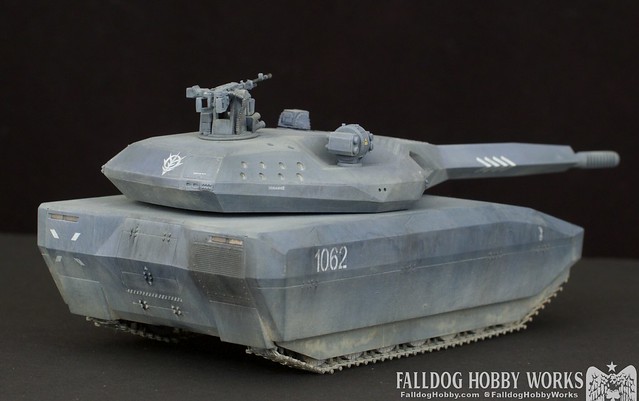